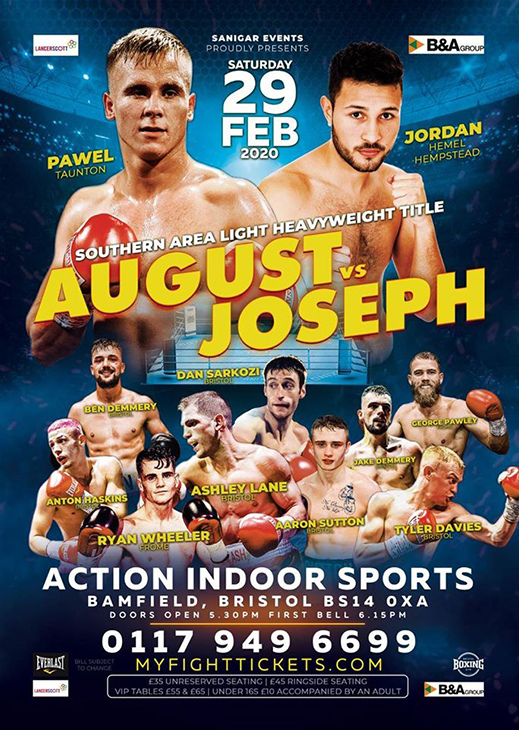 Sanigar Events storm into 2020 with their 1st Fight night taking place at Action Indoor Sports, Whitchurch, Bristol on Saturday 29th February along with a stacked undercard of local talent.

Joseph with a record of 8 wins 3 losses and 1 draw comes into the fight with the greater experience narrowly losing on points for the same title against Chris Hobbs back in 2017. Pawel originally from Walbrzych, Poland has been living in Taunton since a teenager and is touted as one of the West Country’s rising prospects.

With Tickets starting from £35 this event is one for your diary!