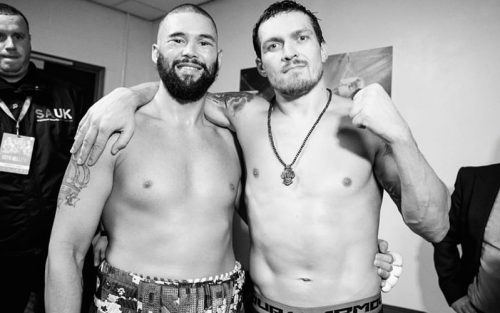 Tony Bellew bowed out of boxing at the weekend a loser in the ring but a winner in life.

Bellew was knocked out in eight rounds by Oleksandr Usyk in his bid to dethrone the undisputed undefeated cruiserweight king at the Manchester Arena on Saturday night.

The proud Liverpudlian reversed a decision to retire and took on Usyk after being called out by the Ukrainian following his historic win in the World Boxing Super Series final in Moscow in the summer.

“It’s definitely over now, you won’t see me in a boxing ring again,” said Bellew during an emotional press conference. “I just want a normal life, I don’t want this pressure.

“I only created the name Tony Bellew to make my dad proud. I’ve never been Tony Bellew, I’ve always been Anthony. Everyone who truly knows me calls me Anthony. Tony Bellew died on Saturday, Anthony Bellew comes back alive. I want reality back.

“I sit here as a loser but I have won in life. When I was expelled from school I had nothing and nowhere to go. Me and my three boys are multi-millionaires and I have earned every single penny by punching people in the face.” 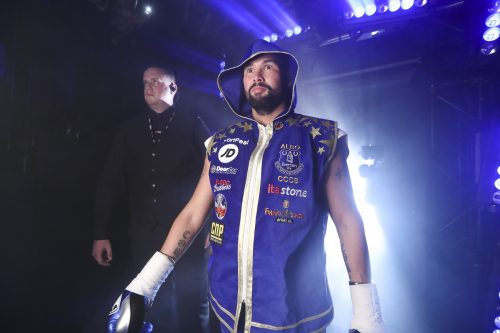 Bellew, a former WBC cruiserweight champion, dropped back down to the 200lbs division to face the champion he had branded a “monster” in a final throw of the dice following thrilling back-to-back heavyweight wins over David Haye.

Underdog “Bomber” boxed well and was ahead on the scorecards of two out of three judges until a devastating left hook ended any hopes of becoming the first Briton to hold all four world titles in any division.

“I just tried to take that one final step and, you know what, I wasn’t good enough but I’ll be able to live with that forever,” insisted Bellew.

“If I wouldn’t have taken this fight, that would have killed me because I would have always been ‘was I good enough?’ The fact of the matter is I just wasn’t, he’s better than me.”

“If I’m being honest I got tired for the first time in my entire career. I don’t know why or how it happened but I just got tired. He’s brilliant, I have no bad words to say about Oleksandr, I only wish him well.

“No excuses, I gave it everything I had, I couldn’t have prepared any better. My career is over. I’ve been doing this for 20 years.” 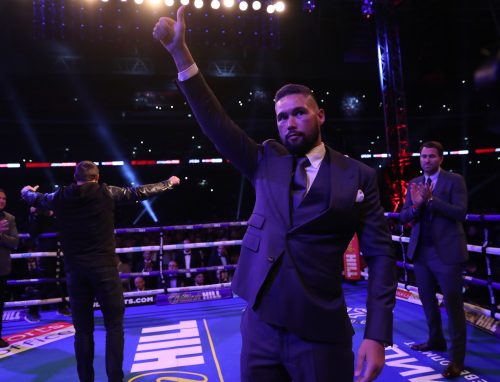 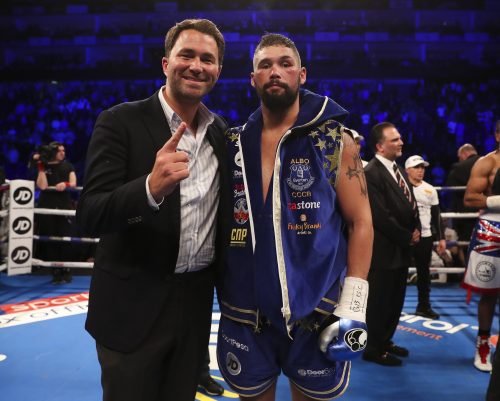 Images by WBC and Matchroom Boxing