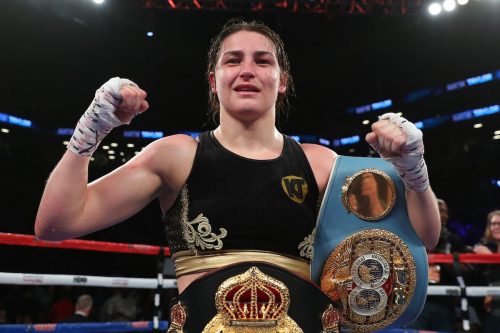 “I’ve been lucky enough to fight in some iconic venues since turning pro two years ago but I’m not sure there’s any more iconic in a boxing sense than Madison Square Garden. I think every fighter dreams about stepping in the ring there and I’m no different. To get the opportunity to defend my World titles there is really very exciting.”

Taylor (11 – 0 5KOs) makes her third defense of her belts in her third fight in New York, first in the World famous Manhattan boxing mecca and the fourth stateside fight in her last seven fights.

The Irish sensation became the WBA World ruler in her seventh pro outing in Cardiff, Wales in October 2017 against Anahi Sanchez and unified the belts at the Barclays Center in fight number nine in the paid ranks, comfortably ripping the IBF belt from Victoria Bustos in April. 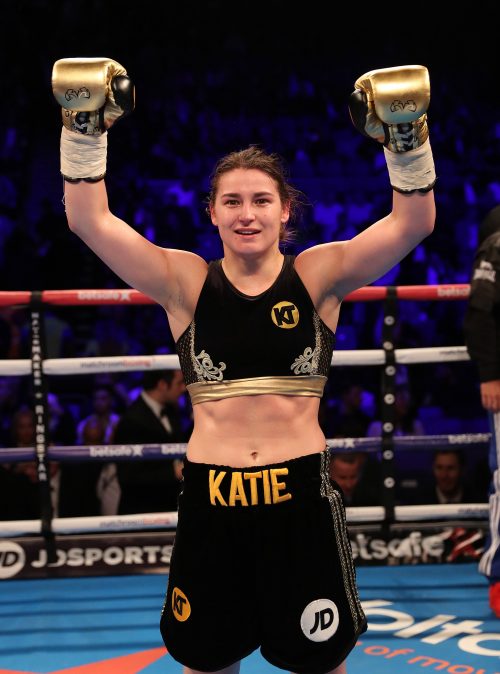 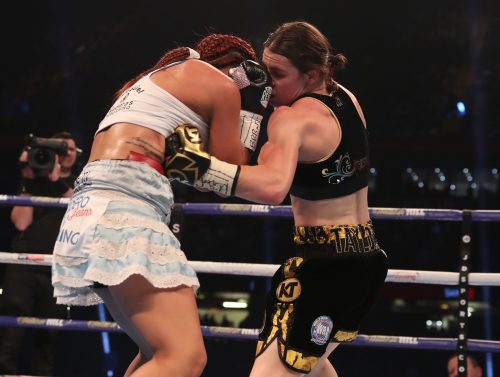 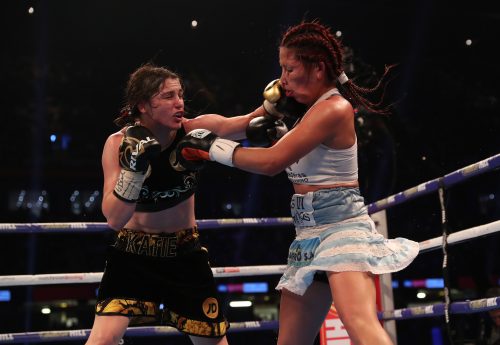 Taylor, an amateur star in the Emerald Isle with an Olympic gold medal added to five World championships and six European golds, is hunting unification bouts at 135lbs in 2019, but in unbeaten Finn Wahlstrom, the 32 year old faces the stiffest test of her pro career.

Wahlstrom (22 – 0 – 1 3KOs) is aiming to become a two-weight World champion in the Big Apple the long-reigning WBC Super-Featherweight champion steps up to Lightweight to achieve that goal on December 15.

The 38 year old landed her 130lbs strap in April 2015 and has been unmoved in four defenses on home turf, including a win over her common foe with Taylor, in former World champion Sanchez, who the Helsinki ace beat in December 2016.

The pair have history having clashed at the very start of Taylor’s amateur career 14 years ago, and the defending champion cannot think of a better setting to meet in the pros and continue her path to unification just over two years since the start of her pro career.

“Eva is someone I know very well from our time in the amateurs,” said Taylor. “I was actually drawn against her in my very first international competition back in 2004 and it seemed like every time I turned up to a major competition after that she was in the draw!

“She was always a really tough opponent so it’s no surprise that she’s gone on to have a great professional career. I think this fight will really showcase the best that women’s boxing has to offer and I’m really looking forward to it.

“I’ve been lucky enough to fight in some iconic venues since turning pro two years ago but I’m not sure there’s any more iconic in a boxing sense than Madison Square Garden. I think every fighter dreams about stepping in the ring there and I’m no different. To get the opportunity to defend my World titles there is really very exciting.”

“I have stated for a longest time that I am ready and I want to engage in toughest fights available,” said Wahlstrom. “This is the ultimate, biggest and toughest fight anywhere and to have it in the legendary Madison Square Garden is a huge honor.

“I lost to Katie few times in amateur days but I am sure I won her respect anyway. Now in a 10-round pro fight, it will be totally different game with all new avenues to avenge those defeats.

“I have the greatest respect to Katie for how she has remained her respectable, nice, down-to-earth personality despite all the success and fame. Thus, I am not going to do any trash-talking, but I am very ready to do some thrashing in the MSG ring.”

“This is an amazing opportunity for Katie to fight at MSG,” said promoter Eddie Hearn. “This is by far the toughest fight of her career so far and hugely important moving into 2019.

“There will be great Irish support in New York and she adds even more superstar status to this brilliant night of boxing on DAZN.”

Canelo vs. Rocky is a 12-round fight for the WBA Super Middleweight World Title presented by Golden Boy Promotions in association with Matchroom Boxing. Lemieux vs. Johnson is a 12-round middleweight fight presented by Golden Boy Promotions and Eye of The Tiger Management. The event is sponsored by Tecate, “THE OFFICIAL BEER OF BOXING,” and Hennessy “Never Stop. Never Settle.” The event will take place Saturday, December 15 at Madison Square Garden in New York City and will be streamed live on DAZN.

Tickets for Canelo vs. Rocky are on sale and can be purchased at the Madison Square Garden Box Office, all Ticketmaster outlets, online at  www.ticketmaster.com, www.goldenboytickets.com or www.MSG.com.