Heavyweight boxing’s biggest star Anthony Joshua OBE will defend his WBA Super, IBF, WBO and IBO World titles against Jarrell Miller in his long-awaited U.S. debut at the iconic Madison Square Garden in New York on Saturday, June 1, live on Sky Sports Box Office in the UK and DAZN in the U.S.

Joshua (22-0, 21 KOs), defended his World titles with a devastating knockout of dangerous Russian Alexander Povetkin last time out at Wembley Stadium in September in what was the Olympic Champion’s fourth straight stadium fight in front of over 80,000 fans. 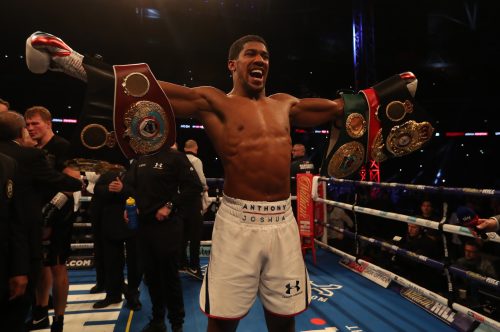 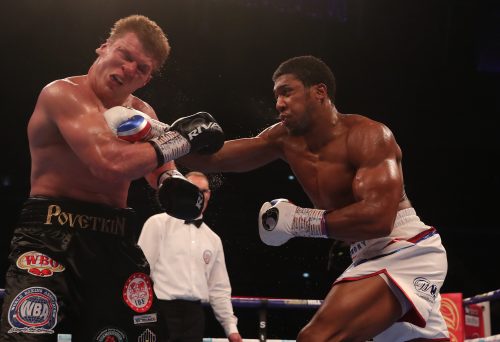 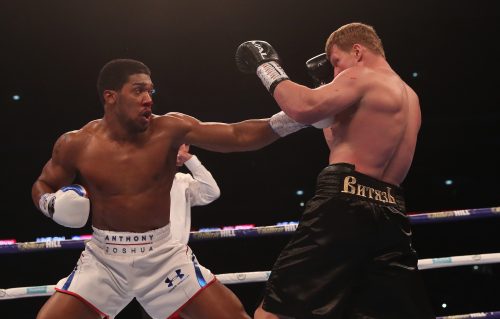 It was a crushing return to the scene of his historical triumph over legendary Champion Wladimir Klitschko in April 2017, where he produced the performance of a lifetime to claim the WBA crown in an unforgettable battle in front of a post war record crowd of 90,000 at England’s National Stadium.
The British sensation blasted Povetkin to the canvas with a brutal assault in the seventh round and then floored the WBA mandatory challenger again to signal a sudden and dramatic ending to his 22nd professional victory in his home city.

And now sport’s biggest name will follow in the footsteps of Heavyweight greats such as Joe Louis, Joe Frazier, Evander Holyfield and Muhammad Ali when he crosses the Atlantic to silence Brooklyn’s brash ‘Big Baby’ Miller at ‘The Mecca of Boxing’.

“June 1st I am heading to The Big Apple and I plan to embrace the culture and leave with an appetite for more,” said Joshua. “I will be fighting Jarrell Miller at the legendary Madison Square Garden. It has been an honour and a blessing to fight at some of the best venues in the World at home in the UK, not least Wembley Stadium, but the time has come to head across the Atlantic and defend my Heavyweight titles in the USA. I am looking forward to taking on another challenge with a good boxer & a brilliant talker, it will be an exciting fight, I will leave nothing to chance and plan on dismantling Miller in style to make my mark.”

Miller (23-0-1, 20 KOs), has been calling for a British scalp ever since he went face-to-face with Joshua during a heated exchange at the launch of DAZN’s streaming service in the U.S. in July last year, and the undefeated 300lbs giant is promising to turn AJ’s American dream into a living nightmare as he looks to announce himself on the biggest stage of all.

Miller earned his shot at Joshua with successive wins over former World title challengers Gerald Washington, Mariusz Wach, Johann Duhaupas and Tomasz Adamek, crushing the latter inside two rounds on his Matchroom Boxing USA debut at the Wintrust Arena in Chicago in October.

He followed this up with another big stoppage win, this time steamrolling Bogdan Dinu in four rounds to claim the interim NABA Heavyweight title at the Kansas Star Arena, and now Miller returns to his home city to fulfil a lifelong dream of fighting for the World Heavyweight crown. 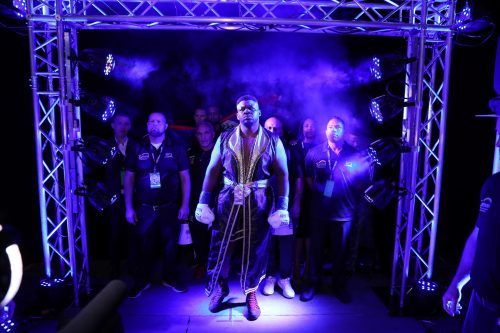 “AJ is making a huge mistake coming over here to fight me in my own backyard,” said Miller. “He wants to announce himself on the American stage but all he’s doing is delivering me those belts by hand. Its dog eat dog in the ring and this dog has got a bigger bite, he’ll be leaving New York empty-handed. This is the fight that I’ve been chasing all my life and on June 1 I’m going to achieve the thing I was born to do and win the Heavyweight Championship of the World. That punk AJ is standing in the way of my dreams and on June 1 he’s getting run the hell over.”

“It’s been an eventful few months but I’m delighted to finally announce that Anthony Joshua will make his American debut at the iconic Madison Square Garden on June 1,” said Eddie Hearn, Matchroom Boxing Managing Director. “AJ has created an incredible ‘Lion’s Den’ atmosphere in the UK and we plan to bring that energy to New York on a card that will be stacked with British vs. American talent. When you look at the Heavyweight greats that have graced the renowned ‘Mecca of Boxing’ the names of Ali, Frazier, Marciano and Tyson stand firm and June 1 will be a moment when the World will witness AJ’s turn.

“Jarrell Miller is someone I know well having been involved in his last 4 fights in America. I know how much he wants this fight and I know the belief that him and his team have in beating AJ. He is a mountain of a man with an incredible work rate and he will get the chance to challenge for 4 World Heavyweight belts in his backyard this summer. They went to head to head for all the wrong reasons last Summer and next week they will do it again as we get ready for the big build up for a momentous moment on June 1st at MSG.”

“We are delighted to be showing this massive occasion on Sky Sports Box Office and our team will provide every step of an enticing build up,” said Adam Smith, Head of Sky Sports Boxing. “Every boxer wants to conquer America and the time has come for AJ at the iconic Madison Square Garden. It’s been the home of countless classics, from Ali vs. Frazier to the controversial bout that was called a draw between Evander Holyfield and Lennox Lewis 20 years ago. It’s another chapter in the Joshua story.”


“Anthony Joshua is the number one Heavyweight in the World and DAZN is excited to deliver the British star’s much-anticipated U.S. debut at the iconic Madison Square Garden,” said Joseph Markowski, DAZN Executive Vice President, North America. “In New York awaits a hometown fighter in Jarrell ‘Big Baby’ Miller who has been quite vocal about his plans to spoil Joshua’s stateside arrival. He poses a real threat to dethrone the Heavyweight king in what will undoubtedly be a major international attraction and we are eager to see what will unfold June 1 on DAZN.”


“The World Heavyweight Championship at Madison Square Garden is unlike any setting in the World and we couldn’t be more thrilled to host Anthony Joshua and Jarrell Miller,” said Joel Fisher, Executive Vice President, MSG Marquee Events. “The legacy of Heavyweights at ‘The Mecca of Boxing’ that began with the likes of John L. Sullivan, Gene Tunney, ‘Jersey’ Joe Wolcott, Muhammad Ali, Joe Frazier, Joe Louis, Evander Holyfield, Wladimir Klitschko and Lennox Lewis will continue when Joshua and Miller step into the famed Garden ring in front of a packed house on June 1.”

“On June 1 Brooklyn’s Jarrell Miller will fight in the World’s greatest city for boxing’s greatest title — the Heavyweight Championship of the World — on boxing’s biggest stage —  ‘The Mecca of Boxing’ Madison Square Garden,” said Dmitriy Salita of Salita Promotions. “It is a dream come true for Jarrell, but it is exactly what we envisioned and what I promised him when I began working with Jarrell in his second professional fight. He is on the verge of making history and I am proud to have been there since the beginning. On June 1 Jarrell follow in the footsteps of Brooklyn Heavyweight greats Mike Tyson and Riddick Bowe to bring the Heavyweight World title back to its rightful home NY.”

“It is incredible to be a co-promoter of Jarrell Miller’s World title challenge against Anthony Joshua on June 1st streamed live on DAZN,” said Greg Cohen of Greg Cohen Promotions. “The fact that this event is taking place at Madison Square Garden makes it extra special as it’s a home game for Team Miller. I can’t wait to hear Michael Buffer announce, “And the NEW…!” 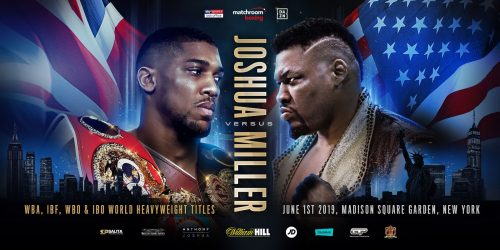 Tickets for Anthony Joshua’s long-awaited American debut against Jarrell Miller at Madison Square Garden in New York on June 1 will be available to purchase from this Friday!

Tickets can be purchased at the Madison Square Garden Box Office, all Ticketmaster outlets, Ticketmaster charge by phone (866-858-0008) and online at www.ticketmaster.com or www.MSG.com.

Official Ticket and Travel Packages, including the opportunity to travel on the Official Charter Plane, are available to purchase via Sportsworld (www.sportsworld.co.uk)