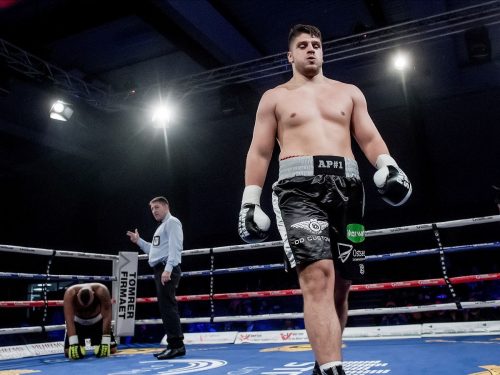 UNBEATEN HEAVYWEIGHT PERVIZAJ BACK IN ACTION ON NOVEMBER 2ND

Pervizaj is back in action following a first round stoppage of Alain Banongo in January and will look to continue his rise in the heavyweight ranks after returning from an enforced break from the sport having suffered from severe pneumonia.
“I couldn’t train or box for a long time so I can’t wait to get back in the ring,” said Pervizaj. “I am finally fit again, I’ve had a great training camp in Liechtenstein and I’m ready to fight.

“My opponent Dusan Veletic is a big fighter with an unorthodox style. He comes forward and likes to fight so it’s going to be an explosive night, that’s for sure!” 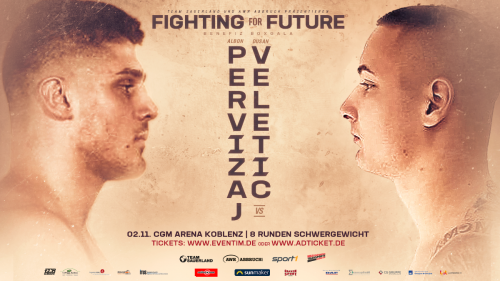 Having already beaten two undefeated boxers in Germany in just four fights, Veletic is building notoriety as a boxer capable of producing an upset, and he hopes to continue this against Pervizaj.

“I’ve already defeated two boxers in Germany who were unbeaten before and my goal is to do it again,” said Veletic. “Albon Pervizaj should not underestimate me, because I’m coming to Koblenz to knock him out!”

“We are delighted that Albon is returning to the ring after a long lay-off,” said Pervizaj’s promoter Nisse Sauerland. “I know Albon will be incredibly motivated to make a statement and his addition to the card alongside Leon Bunn and Sophie Alisch makes November 2nd even more exciting.

“The German boxing fans can look forward to a great evening, whether at the CGM Arena in Koblenz or watching live on Sport1!”

This heavyweight clash features on the undercard of the domestic dust up between Leon Bunn (14-0, 8 KOs) and Enrico Koelling (26-3, 8 KOs) as Bunn defends his IBF International Light Heavyweight title. 17-year-old Sophie Alisch is back for her fifth professional fight and she takes on World title challenger Irma Adler. Also on the undercard are local stars Slawa Spomer (8-0, 5 KOs), Hizni Altunkaya (31-3, 18 KOs) and Yasin Altunkaya (14-0, 11 KOs).

‘Fighting For Future’ on November 2nd is a special event that will see ticket revenue and money raised from the evening donated to three charities: Laughing Hearts, a charity that provides support and opportunities to children affected by poverty. Parents’ Initiative for Children with Cancer Koblenz, who provide support to the parents of children suffering from cancer in Koblenz and Education Unlimited, an education charity who encourage diversity and training across Europe.

All the action from the CGM Arena is available to watch live on Sport1 in Germany. Tickets are available online via www.eventim.de, www.adticket.de and www.westticket.de.