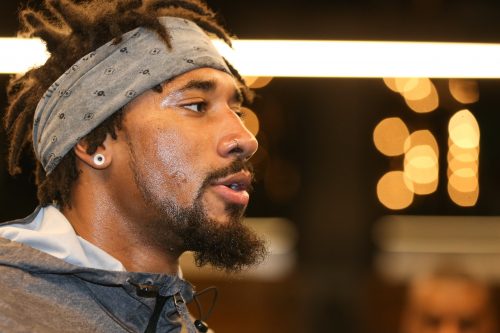 Demetrius Andrade believes that Middleweight is set to become the new ‘glamour division’ in boxing, and he’s ready to rule it as he prepares to face Walter Kautondokwa for the vacant WBO World title at TD Garden in Boston on Saturday night, live on DAZN.

Andrade (25-0 16KOs) can become a two-weight World ruler with victory over the unbeaten and big-punching Namibian Walter Kautondokwa (17-0 16KOs) for the WBO crown will set the Rhode Island star take his spot alongside the big guns at 160lbs.

‘Boo Boo’ welcomes ‘The Executioner’ to his New England backyard in his first fight with new promoter Eddie Hearn and new network in OTT-giants DAZN – and with more massive nights on the cards in 2019, the 30 year old heads into his big Boston night in a great place. 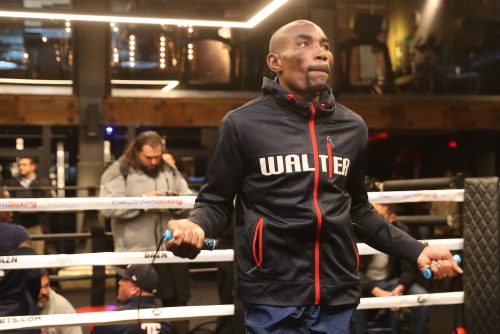 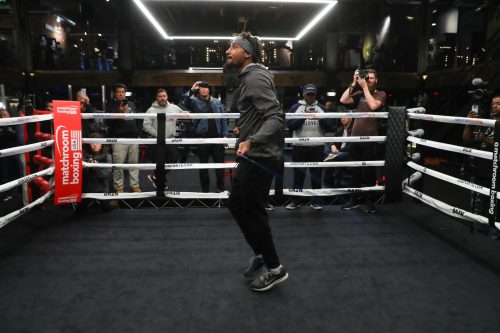 “My situation is great right now,” said Andrade. “Had I not made the move with Eddie, I would have been fighting in England, having tune-ups or waiting around still. I never needed tune-ups. I take every fight very seriously, I have since day one.

“I could have waited around and had tick overs, instead, this World title chance came along and we’re on the road to the top in another division already.

“I think Middleweight can be the new glamour division in boxing. We have big names at 160lbs and if you look at 154lbs, those guys are going to grow and they’ll have to come up – look at Jarrett Hurd, he’s a big dude. The division is hot and it’s going to get hotter.

“If everyone involved with the elite does their jobs, we can make these big fights. The window is starting to close on those fights though, people get old, people move on, and people look to run around and fight lesser guys like the Charlos do.

“I don’t look forward to those fights, I want to fight the best – only and often. When I was at 154, I had the belt and couldn’t get the big fights. We’re all going to make money – so let’s decide who is the best, and let’s get the elite in with the elite. Don’t get in with has-beens or the guys on the way out, get in with the hungry guys.

“I’m at 160lbs to show I am still the biggest and baddest wolf out there, and I’m ready to bite. I am too old to fight nobodies now, I’ve had that time, I’m not going to fight iron every time,

“When you are fighting lower level opponents you can afford to get in there four or five times a year, but at the level I want to operate at, you can’t do that. I’m going to take it one step at a time, do my job against Walter, come home with the belt and we will look to get out early in 2019 – I know Eddie and DAZN want to keep me active and that’s great, and if it’s going to be the rest of the elite guys, then let’s go.”

Andrade’s clash with Kautondokwa is part of a huge bill in Boston with three World title bouts on the slate.

Tickets for October 20 are on sale now from www.TDGarden.com