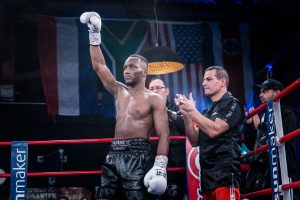 Following the successful collaboration between Team Sauerland and Universum on January 25th, Germany’s two largest and most historic boxing promotional outfits will unite once again to co-promote a huge night of action on April 4th at the Work Your Champ Arena in Hamburg.

German boxing sensation and current WBC International Super Welterweight Champion Abass Baraou (9-0, 6 KOs) will top the bill for the second time this year as he leads a sensational lineup that features an enticing Team Sauerland vs Universum bout.

Baraou kicked off 2020 with a four-round demolition of Mexico’s Abraham Juarez on January 25th as he headlined the dramatic and action-packed first co-promotion between the powerhouse promoters at the Work Your Champ Arena in Hamburg.

Radovan returns to the ring for the first time since October 2019 when he marked his UK debut with an exhilarating four round annihilation of the veteran Luke Blackledge (26-9-2, 9 KOs) at the 02 Arena in London on the undercard of the World Boxing Super Series Super Lightweight final.

“After the great first event on January 25th, it was only a matter of time before Team Sauerland and Universum worked together again,” said Sauerland. “We have mutual respect and we have once again put a great fight card together.

“The spectators in Hamburg and live on SPORT1 can look forward to another great evening filled with exciting fights!”. 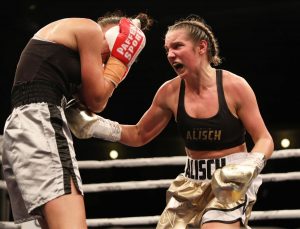 ‘WBC 2019 Female Prospect of the Year’ nominee Sophie Alisch (5-0, 1 KOs) is also in action as the boxing prodigy looks to build on a fantastic debut year and put herself in contention for title fights. James Kraft (17-0-1, 9 KOs) will challenge Dimitar Tilev (11-0, 7 KOs) for the IBF Junior World Super Middleweight title and further announcements will be made shortly.
Read more on Barau HERE
Read more on Sauerland Promotion HERE