Fight week for CW93, Cage Warriors’ history-making Swedish debut, has begun. Europe’s leading MMA promotion have teamed up with Viaplay, a leading Scandinavian broadcaster,  to offer a stacked card filled with some of the biggest names on the scene.

Here’s the low down on the fights you should be looking out for, and how to watch the action on Saturday 28th.

The card is headlined by a welterweight match up between Denmark’s ex-Cage Warriors world champion Nicolas Dalby and surging Italian American Carlo Pedersoli Jr, who makes his Cage Warriors debut on a 6-fight win streak having finished his last 3 opponents in the very first round. Dalby returns to Cage Warriors after a 4-fight run with the UFC, which included an impressive debut win over Elizeu Zaleski dos Santos and a draw with Liverpool megastar Darren Till. It’s a main event fit for Cage Warriors first visit to Scandinavia in 4 years! 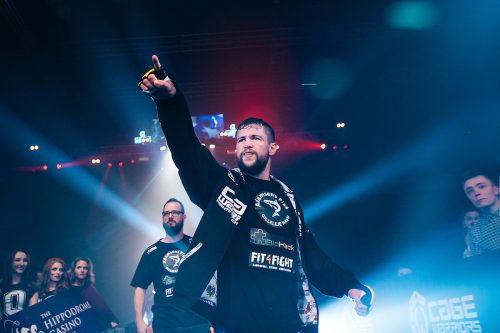 CW93’s co-main, Bergh vs Bukauskas, will see two huge light-heavyweights come to blows in a fight to move up the rankings into number 1 contender territory. Norway’s Kenneth Bergh has picked up five first-round stoppages in his unbeaten reign since 2013, and Modestas Bukauskas is fighting fresh off a dominant submission finish at CW92: Super Saturday, Cage Warriors biggest event in recent years.

Another fight that has the European MMA scene talking is Denmark’s Soren Bak vs Norway’s Alexander Jacobsen. With both men entering CW93 off the back of first-round finishes against some of the toughest contenders in the division, this fight could position the winner as the next man to fight for the lightweight belt later this year. 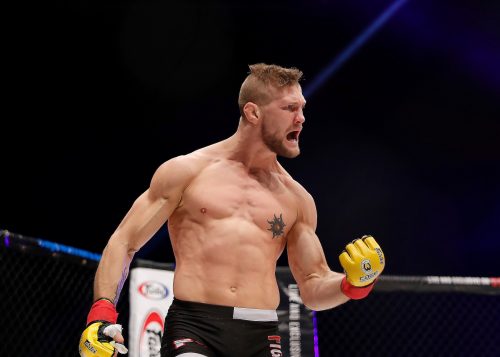 Local fans will also turn out in force for an all-Swedish clash between Cornelia Holm and Malin Hermansson. After winning both World and European amateur titles and going undefeated at both the 2016 IMMAF World Championships and the 2017 European Open, Holm is a definite female flyweight prospect from Gothenburg to keep your eyes on this year. Hermansson will look to cut Holm’s rise short on Saturday night and establish herself as the greater prospect – this is one not to miss. Also fighting for Gothenburg at CW93 are Junior Karanta, Alan Carlos, Per Franklin, Rafael Macedo, Sahil Siraj and Saeed Ganji.

Tickets for CW93 at Gothenburg’s Lisebergshallen are on sale here.

CW93’s Main Card (from 8pm UK time) will be broadcast live on Viaplay, BT Sport 3, UFC FightPass and a host of premium global partners including:

The Preliminary card (from 5pm UK time) will be broadcast on Viaplay, and streamed live and free online via the Cage Warriors Facebook page.

Per Franklin vs Orlando D’Ambrosio