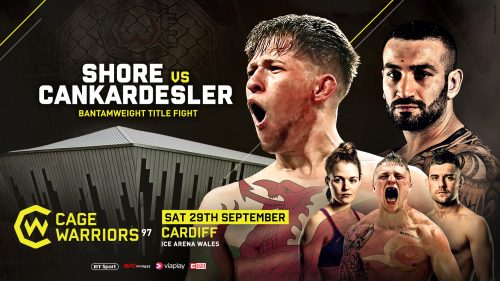 This Saturday night, Cage Warriors bring the biggest MMA event in Welsh history to Cardiff’s Ice Arena. Here’s the full CW97 fight card, the bouts you should be looking out for and how to watch from home.

In the CW97 main event, Welsh local hero Jack Shore takes on Germany’s Omer Cankardesler for the Cage Warriors bantamweight title. Still unbeaten in 12 amateur and 8 professional showings, Shore is leading the horde of Welsh warriors fighting to put the country on the MMA map this year, but Cankardesler’s run of TKO finishes proves he’s more than capable of stealing the win from Cardiff this weekend.

The title on the line at CW97 was formerly held by Welshman and now UFC bantamweight Brett Johns, who became champion during Cage Warriors’ last visit to Cardiff in 2013.

“When our previous Welsh champions went for the belts, they were some of the most memorable nights we’ve had in 15 years,” says Cage Warriors President Graham Boylan. “Jack Shore has managed to assemble a Welsh fanbase on a level we’ve never really seen before. Think McGregor in Dublin – this is going to be massive.” 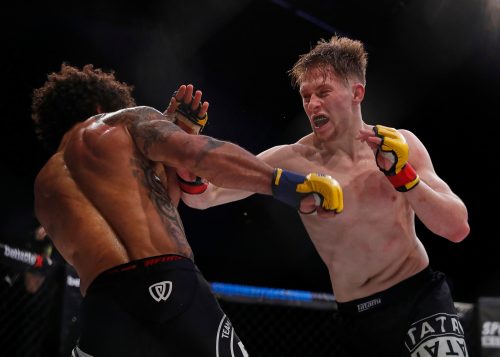 Also fighting for Wales are young prospects Cory McKenna and Mason Jones, who are taking on their toughest opposition yet. At just 18 years of age, McKenna boasts a perfect amateur record and is currently 2-0 as a pro, and has been hailed the future of women’s MMA by notable names such as the UFC’s Urijah Faber. Standing in her way is Italy’s Micol DiSegni, who is on a 4-fight win streak with 3 of those being dominant finishes in the early rounds.

Mason Jones takes on Poland’s Kacper Formela in a highly anticipated lightweight bout between two ferocious finishers. Jones is still undefeated, but Formela has put his last 3 opponents away within the distance and looks more than capable of spoling the Welshman’s clean sheet. Expect a seriously fast pace throughout this one. Also on the main card is Kris Edwards, long-time training partner of both Jack Shore and the UFC’s Jack Marshman, who meets Brian Bouland in the bantamweight division. Bouland fell short of the title earlier this year and is looking for another devastating knockout to put him back in the top contender spot, but Edwards’ 4-fight win streak proves he’s in the prime of his career.

As well as these huge bouts on CW97’s main card, the night will feature a stacked pro preliminary card plus the semi-finals of Cage Warriors’ Academy Grand Prix, which will crown Amateur tournament winners in every division before the end of 2018.

Less than 5% of tickets to CW97 are still available HERE, and are expected to sell out early this week.

Doors open at 3:30pm, with the pro prelims starting at 7pm and the main card getting underway at 9pm.

Pro Prelims will be LIVE and FREE via the Sport Bible Facebook page from 7pm. 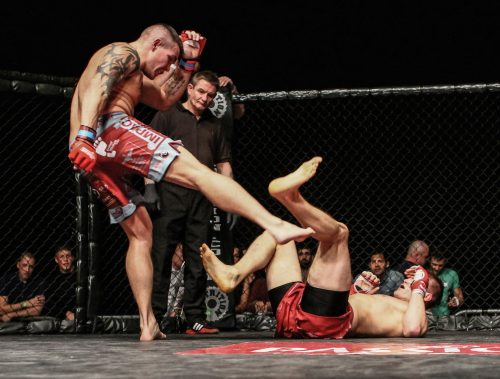 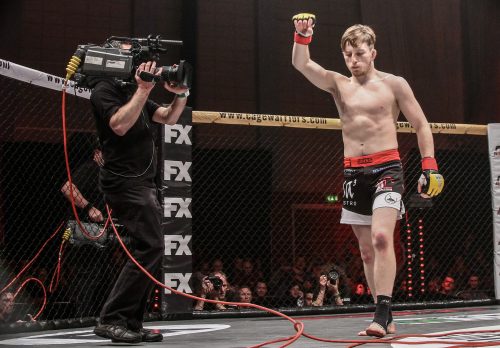