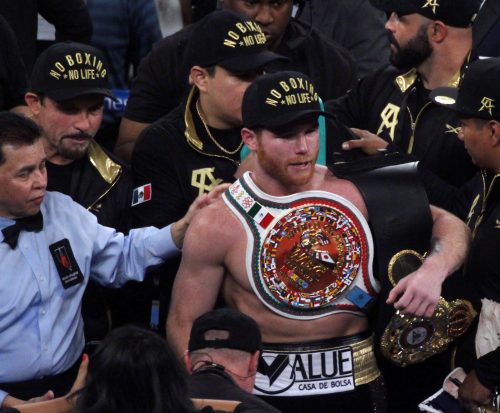 Youth and power were significant factors for Saul “Canelo” Alvarez, in winning the WBC middleweight title from Gennady “GGG” Golovkin, who suffered his first defeat as a pro, in a very close and fiercely competitive classic, which really deserved the overused term…WAR!

Canelo who in their first encounter had chosen to move, evade and counterpunch for most of that fight night, radically changed strategy, standing his ground and fighting from close range, becoming the aggressor, connecting with the harder punches. Yet often getting tagged with stiff straight left jabs and long straight punches as he swept in. 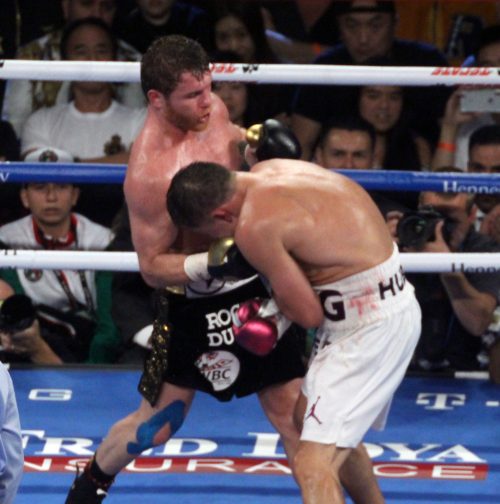 Canelo and Golovkin felt each other out as they jabbed in the opening round. Things picked up, as Canelo let his hands in round two, landing a hard left uppercut, while Golovkin stalked behind the jab, connecting well with his own middle range left hook.

The Mexican maintained  the unforgiving pace and was busier in round three sneaking in a right uppercut that snapped Golovkin’s head. Golovkin landed a long hard right.

Standing in the centre in round four, Golovkin landed a left jab flush in Canelo`s face, connecting with a solid right that caught Canelo’s attention, to the extent that he retaliated with a very hard right to the face, although he was also swinging missing.

In round five, a hard left to Canelo`s face, prompted instant retaliation. Canelo went to the body, and then a huge flush overhand right from Canelo found its mark, checking Golovkin’s momentum. Canelo began to go downstairs more frequently and follow as Golovkin was uncharacteristically forced on to the back foot. 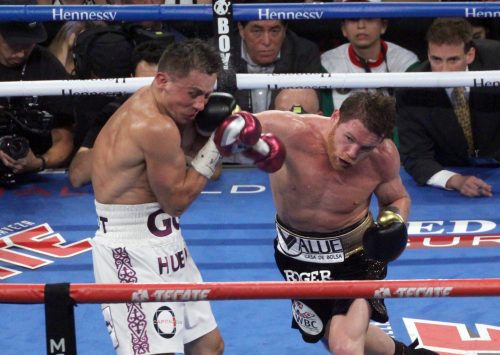 Past the halfway point in the seventh Golovkin continued to use the stiff jab as Canelo stalked, but Canelo appeared heavier handed. The two fighters also clashed heads.

The eighth round saw Canelo bleeding from a cut, and so was Golovkin, who`s right cheek was also badly swelling. Just before the bell, Golovkin landed a right hook to the head.

The twelve and final round started with another right uppercut to the head from Golovkin with Canelo driving him back and then slipping. To his sportsmanlike credit, Golovkin held back, not following through.  Everyone was on their feet but Referee Benji Estevez quickly ruled it a slip. The fight ended with another right uppercut from Golovkin and an instant later the bell with them embracing. 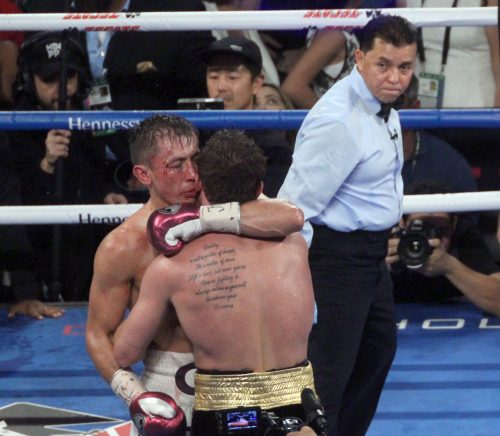 The eight year difference significantly favoured Canelo.  By the half way point Golovkin was visibly tiring, although he stuck to his task, refusing to allow his work rate to drop.  Between rounds Golovkin was breathing the heavier and he suffered the worst facial damage.  Yet it was desperately close, a truly great and classic fight.