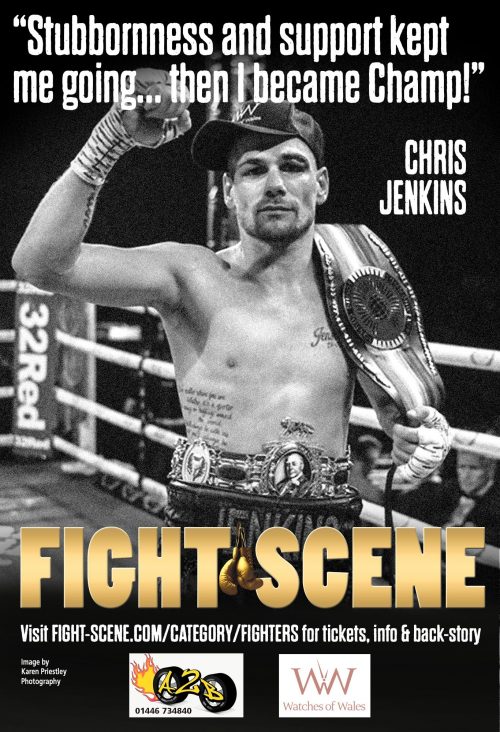 “Boxing is my entire world. It’s my life. I have friends who have memories of climbing trees and playing, but all I remember is boxing. It’s a bug that I have forever.”

A few miles north of Swansea, lies the quaint mining village of Garnant. Since the closure of the village’s last big colliery in 1936, the noise emitting from the leafy suburb has been dampened.

That is until a young Chris Jenkins first wrapped his fists and eased his way into a pair of boxing gloves.

Growing up in a mining time might have its perks, sure its quiet and peaceful, but what does it have to offer for a 12-year-old boy? Perhaps the absence of theme parks and amusements worked in Chris’ favour.

“If I’m honest I started boxing because I was bored. I grew up in an area of Wales where there was nothing about and nothing really to do. I needed to get out of the house and focus on something, so when I was 12, I picked up a pair of boxing gloves.”

“Boxing is my entire world. It’s my life. I have friends who have memories of climbing trees and playing, but all I remember is boxing. It’s a bug that I have forever.”

The Welshman exploded onto the fight scene, after only seven professional fights he became the 31st Prizefighter champion and is the current BBBofC British Welterweight champion. 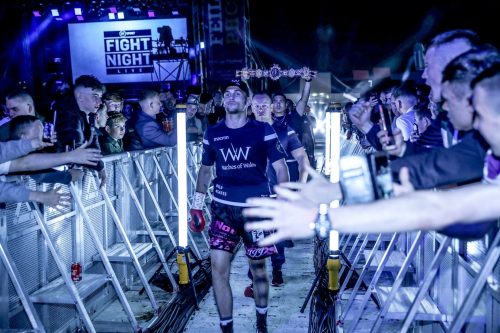 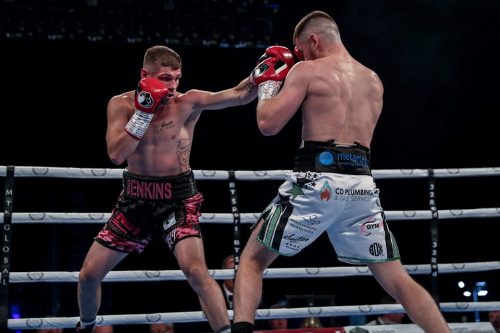 Chris’ rise hasn’t been all smooth sailing though, in fact the last 12 months have proved to be the Welshman’s toughest test yet. In May of 2018 Chris picked up the third loss of his career against Akeem Ennis-Brown, followed by a draw in August against Darragh Foley.

“I had a sit down with my coach Gary Lockett around August time last year, and I’d said to him that I’m going to walk away from the sport, I’d had enough. I got cut against Akeem Ennis-Brown and then same again with the Darragh Foley fight.

“At that point I was ready to walk away from the sport….I had been as as low as you can be in boxing, but stubbornness and support from my wife and coach kept me going”

After talking things through with Gary and his wife Chris decided against hanging up the gloves and shortly after, the 31-year-old was selected to challenge Johnny Garton for the British welterweight title.

“I was called up pretty late for the Johnny Garton fight, but after talking things through with the wife and Gary, we decided to go for it. So put everything into the camp with the time I had, and, on the night, I won the belt.”

Chris put on a performance worthy of its stage, winning unanimously in the famous Royal Albert Hall. This fight seemed to be the turning point in Chris’ career and the British title gave him the driving force to dust off any remaining cobwebs and push on.

“Before the fight, I thought to myself, this is a last chance saloon. If I lose this one, I’m done. Things just seemed to fall into place for me and after that I went up to Belfast and defended that title and won the Commonwealth title at the same time, so you could say things were on the up for once.” 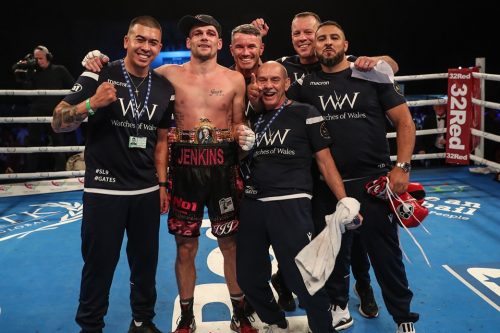 As if commitments to life as a professional boxer weren’t challenging enough, Chris has a strict commitment to follow outside of the ring. The school run.

“An average day for me starts with making breakfast for me and the kids, getting them dressed with the help of the wife and then get my gym bag ready and head off to Cardiff by about 10.”

The minute he’s in the gym, it’s all eyes on the prize

“Once I get there, I’ll train until around 1pm and then head home to chill out with the kids. At 7pm I’ll head to my local gym and get a nice cardio session in on the running machines, the bikes etc. Then its back home to put the kids to bed, spend some time with the wife and then get ready to start all over again the next day.”

Chris trains alongside another Welsh professional boxer, Nathan Thorley, who is currently making his own rise through the light-heavyweight division.

In a recent interview with Fight Scene, Nathan spoke of his fondness towards Chris and how much of a boost it is to have him in the gym.

Chris weighed in with his thoughts.

“Ahhh Nathan Thorley, he trains at the gym with me. He loves me he does. I’m a bit of a clown in the gym sometimes, we have a lot of banter between all the Cardiff boys, so it’s always a good crack. But when it’s time to work, we work and when you see the other lads winning, it rubs off on you and makes you want to win as well.”

Chris is set to defend his welterweight title for a second time in Birmingham come the end of November, against a tough opponent in Liam Taylor.

But given the opportunity, is there anyone in the fight scene that Chris would love to face instead, in a winner takes all dream bout.

With all honesty he admitted:

“A dream fight would be whoever pays me the most and that’s the honest truth. I’m not in the game to not make money, I want to make money now for the kids and so that I can be comfortable for a good few years.”

To finish off, we took a look at the impending second title defence and delved into Chris’ mindset going into this fight, considering that 12 months prior, he was prepared to hang up his gloves.

“Well once again we’re on the road – as the song says… we’re on the road again. Preparations are going well, I’m keeping steady, trying not to push myself over the limit. I’ve done 16 rounds in two days with Robbie Davies at one time with another 10 rounds with Kaisee Benjamin from Birmingham soon after.”

“I’m feeling up for it. I’m confident, but I wouldn’t say I’m arrogant, because it’s boxing at the end of the day and one punch can end the fight.”

Chris would like to thank his loyal army of followers, supporters and sponsors for their continued support: Watches of Wales, A2B Tyre Shop, Ringside, Conals Tree Services, No1 Home Improvements