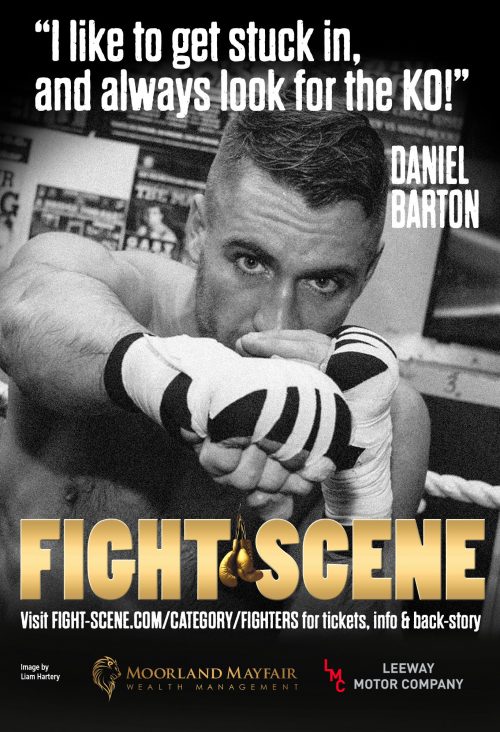 “Myself and a couple others started going along to the training and when I sparred for the first time I loved it, and everything snowballed from there. Where some at a young age took a different path, I chose boxing.”

Boxing is a discipline that teaches its combatants to persevere through the most treacherous roads, whether that be inside or outside the ring. It’s a sport that will weed out the quitters in an instant and leave the spotlight for the fighters who are willing to go through anything to have their arm raised in victory. In some ways boxing is a cruel and ruthless sport, but in others it’s a test of one’s courage and strength that will one day bring them to the top of the world.

For Undefeated Super-Middleweight Daniel Barton (3-0-1), boxing has been a passion which has helped him through battles inside and outside the squared circle.

Barton made his debut back in April 2017 in his native Newport and won in emphatic fashion with a TKO victory. After a promising start to his professional campaign with three wins and one closely contested draw, Barton suffered a period of ill health with sepsis/pneumonia and was forced to put his career on hold.

“It’s been a long road to recovery for me but I’ve no doubt ill be back bigger and better. All I can say is thank you to every one of my fans who’ve shown support.”

During an incredibly difficult time for Barton he was able to reminisce to the time where it all began, and where his road to today started.

“When I’d walk back from school the older kids would go straight to Wilson’s Gym and spar with each other. There wasn’t a great deal of ability or intention to learn, they just used to go for the love of beating each other up.”

“Myself and a couple others started going along to the training and when I sparred for the first time I loved it, and everything snowballed from there. Where some at a young age took a different path, I chose boxing.”

After getting the “bug” for the sport as a young boy, Barton would quickly realise his blind love for the sport could go much further than sparring his friends for bragging rights and began developing a skillset that has cast his crowd-pleasing style. He describes himself as a boxer-puncher, a blend between crafted technical ability and a no guts no glory mentality. Crediting his admiration for the great Sugar Ray Leonard for his stylistic conventions, it’s everything a fan of the sport could want from a fighter and Barton hopes it will only continue to pocket him the heart of the fans and the eyes of the nation. 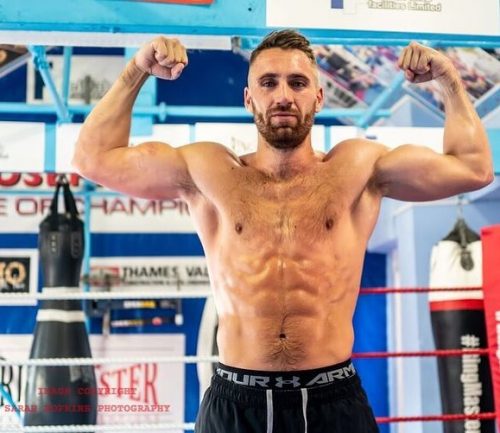 “Boxing is my hobby. I don’t do it because I have to, I do it because I love it. I am and always will be competitive, I like to get stuck in and I’m always looking for the knockout. People should come and watch me fight because I’ve still got plenty of years left in me and all I can promise is explosive nights!”

It’s this love for the game, an unjust discipline to persevere through life’s curveballs that has brought the 29-year-old to where he is today. After a 10-month absence, Barton is finally fit to return to duty and resume his professional campaign after batting with illness. At just shy of 30 years old, Barton still has a promising career ahead in the prizefighting domain and looks forward to challenging for silverware in the near future and giving the spectators memorable nights of championship boxing.

“In five years’ time I want to be retired British Champion. I am a realist, I know I’m not the best but I’ll do whatever it takes to be the best. Everything I do in life is to win. As for my opponents, its only business. I have to win, I can’t lose.”

The undefeated Welshman’s resilience to overcome his foes inside and outside of the ring is perhaps the strongest indicator of the manner of his intentions in the sport moving forward. Paired with a style which can only bring excitement to his nights under the lights in which he will continue to dare to be great like his idol Sugar Ray, Daniel Barton will continue to chase a boyhood dream and become the future British Champion, and it’s pretty hard to doubt a man who simply “can’t lose”.

Daniel Barton has a message for his fans:

Thank you so much for the support everyone has shown me through out my career, I’ve got a few years left so please stick by me and all I can promise is explosive nights!

And would also like to thank his sponsors for the continued support: