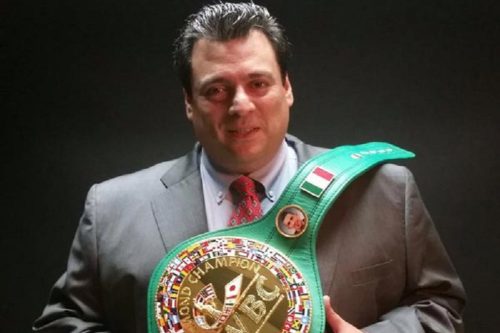 Fight Scene caught up with WBC President Mauricio Sulaiman for some perspective from across the pond.

MS: The world is delighted to see the heavyweight division so full of interest – there are so many matches that could be made to bring back the glory days of boxing. The heavyweight champion of the world is considered the strongest man on earth and that has been a matter of global interest for countless generations.

FS: Your organisation, the WBC, has Deontay Wilder as it’s champion. Is Deontay good for boxing?

MS: Yes. Absolutely. Wilder has reigned since 2014, he’s undefeated with 40 wins and 39 knockouts. He’s a true world champion who has fought in several countries and was ready to defend his title in Russia when the fight had to be called off just a week before.

FS: If Joshua talks finally fall apart, Wilder will be looking for a filler fight. Fury, Whyte and Bellew would all make good opponents, since they’re also British names who would add to the build-up on both sides of the Atlantic. Would you like to see any of these fights?

MS: Definitely. They would all make tremendous fights against Wilder. Each has clear differences.

FS: Could you break them down for us please?

MS: Of course….! Tyson Fury has the height and technique which present complications, however inactivity will be an uncertain factor. Dillian Whyte has the power, the will and the experience (having fought a bruising battle with AJ), but he has a style that makes Wilder more effective. Tony Bellew is a great story made into reality and he continues to surprise the fans with great victories. Wilder at 214 brings Bellew much closer to a reality and he’s even speaking about going down to Cruiserweight ! Any of these matches would be of great interest to the world!

WBC heavyweight champion Deontay Wilder and challenger Tyson Fury will face each other on December 1 at the Staples Center in Los Angeles.
Read more on Wilder vs Fury HERE
Read more on WBC Boxing HERE