BY VETERAN US BOXING SCRIBE, JOSH LASHLEY, FIGHT SCENE’S MAN IN THE STATES… 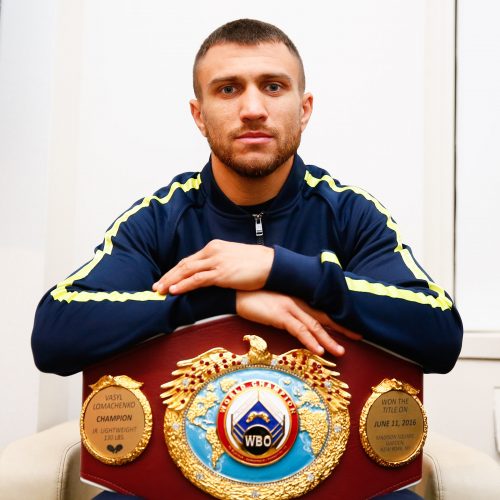 For those out there who rank Vasyl ‘Hi-Tech’ Lomachenko as the finest pound-for-pound boxer on the entire planet, his convincing triumph over the prior legitimate lightweight king Jorge Linares on May 12 in an attention grabbing encounter on the big stage at Madison Square Garden in New York City, New York didn’t do much if anything, to change that image. The event was carried live in prime time on ESPN.

Oh, there were a few, make that very few dents to Lomachenko’s aura of invincibility as he was decked with a bulls eye right hand by Linares in the sixth round. It was the first time in his professional career that Lomachenko hit the canvas and he recovered in impressive fashion, ultimately outclassed the larger man and won via a 10th round TKO with an incredibly impactful body shot.

With the victory Lomachenko improves to 11-1 (nine knockouts) and captured the WBA lightweight crown along the way. Linares fell to 44-4 (27 KO’s) and was on a 13-fight winning streak and had not lost since 2012 before being stopped by Lomachenko. 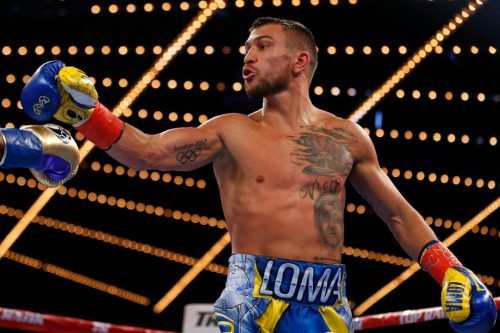 At the age of 30, Lomachenko, a native of Ukraine may indeed be the most complete fighter in the world-with a mix of advanced defensive skills, the ability to throw quick combinations as well as hurtful power shots, tremendous footwork and the presence and experience to be ultra effective while engaging his foe on the inside or at distance.

The question now is who’s next? What opponent can stand out up to ‘Hi-Tech’, fight him on even terms and maybe even….beat him?

Let’s take a look at potential future foes for Lomachenko and why each match up is intriguing. For the interest of avoiding anxiety induced headaches, please put your mind at ease and set aside promotional, television commitments, etc. that can hold up the any of the possible matches, for now at least. 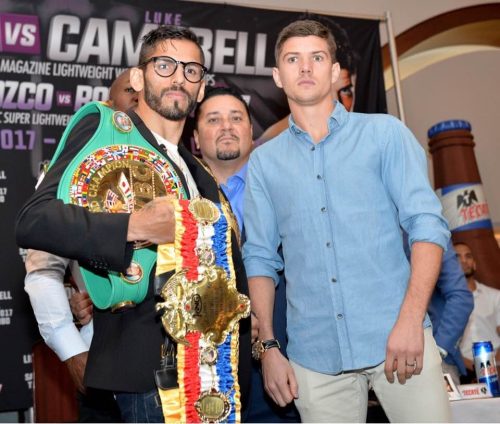 Raymundo Beltran (35-7-1, 36 years old): If anyone deserves a shot at a marquee match against Lomachenko it may well be the current WBO lightweight titleist who currently resides in Arizona. Beltran has built himself up to a world class level the very hard way and don’t let his age or multiple losses fool anyone-he is a serious challenge. Most importantly, he truly believes that he can beat Vasyl. The odds are long that he can actually do so, however.

This is the first fight mentioned alphabetically and it has a good chance of being the very next fight for Lomachencko as well. Lomachencko has a tentative date of August 25 at The Forum in Inglewood, California which has a strong potential to be versus Beltran in a WBA/WBO unification bout.

Luke Campbell (18-2, 15 KO’s, 30 years old): Campbell, who last fought to a TKO win on the undercard of the Tony Bellew-David Haye rematch at the O2 Arena in London on May 5, may not now, or ever be ready to fight Vasyl on even terms. But, if they held the fight at the O2, it would do huge numbers attendance wise and beyond. Campbell, from the United Kingdom, lost by way of gutsy split decision to Linares in September 2017.

Terence Crawford (32-0, 23 KO’s, 30 years old): This, of course, is more of a dream fight at this moment that could turn into reality if both boxers continue their rise toward Hall of Fame status. Crawford, born and raised in Omaha, Nebraska has a June 9 fight lined up against Manny Pacquiao conqueror, albeit in controversial fashion-Jeff Horn (18-0-1, 12 KO’s, 30 years old).

It would be a major shock to the boxing world if Horn manages to somehow gain wins over both Pacquiao and Crawford. The guess here is that Crawford is at a different level than Horn and will earn a stoppage win. A year and a half, maybe two years from now if Lomachenko and Crawford are still unbeaten-a catch-weight fight with much larger honors than belts on the line could set not only the boxing world, but the sports world in general into a frenzy of anticipation.

Robert Easter Jr. (21-0, 14 KO’s, 27 years old): Easter Jr., based out of Toledo, Ohio captured the vacant IBF lightweight belt in September of 2016 with a tight decision nod over Richard Commey, who was 24-0 at the time. He’s defended his title three times since then, including a split decision win against respected Javier Fortuna in January. At 5-feet 11-inches tall with a lengthy reach, this is certainly a unification bout worth looking into for Vasyl. Can Easter Jr.’s height advantage and significant power give ‘Hi-Tech’ some problems, well maybe for a few rounds it they might.

Mikey Garcia (38-0, 30 KO’s, 30 years old): A match-up placing these two brilliant boxers (and punchers) in the same ring could literally take 1000’s of words to analyze in advance. Garcia, the California native, last fought at 135 pounds when he dealt Dejan Zlaticanin, who was 22-0, a devastating third round KO loss in January 2017. He’s moved up to 140 pounds where without missing much of a beat as he’s downed Adrien Broner (lopsided unanimous decision in July 2017) and a closer, yet still unanimous decision win over Sergey Lipinets in March for the IBF super lightweight crown.

Regis Progrias (21-0, 18 KO’s, 29 years old): Prograis has been impressive-especially in his most recent outings. He’s earned six stoppage victories in a row including a TKO over previously undefeated Joel Diaz Jr. last June and another TKO triumph over former world champion Julius Indongo for the interim WBC super lightweight title in March.

Prograis has a test versus Juan Jose Velasco (20-0, 12 KO’s, 31 years old) scheduled for July 14 in New Orleans, where Progrias was born. Look for Progrias to pass that test and line himself up as a serious challenge for Lomachenko at 140 pounds.

Jose Carlos Ramirez (22-0, 16 KO’s, 25 years old): Count Ramirez, a Californian, among the list of hot shot prospects who lived up to the hype-so far. He toppled a very tough powerhouse opponent in Amir Imam to earn the WBC super lightweight title in March. Ramirez has what will hopefully for him be an action-packed showcase fight against Danny O’Connor (30-3, 11 KO’s, 33 years old) on July 7 in Fresno, California.

Orlando Salido (44-14-4, 31 KO’s, 39 years old): A workhorse of a fighter with many memorable moments in the ring, Salido makes this list because of what happened on March 1, 2014 at the Alamodome in san Antonio, Texas. That’s the night Salido handed Lomachenko his first and at this point who knows possibly only professional loss by a razor thin split decision. It was Lomachenko’s second fight as a pro. If the rematch occurred, the odds against Salido, currently residing in Arizona, would rightfully be astronomical. Salido is 1-2-2 in his last five fights, which includes a ninth round TKO loss to Miguel Roman in December of 2017.