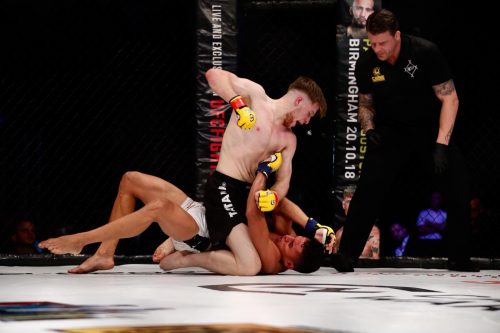 It was billed as the biggest MMA event in Welsh history, and it lived up to the hype. CW97 gave the sold out crowd at Cardiff’s Ice Arena one of the most explosive European MMA showcases of the year, ending with a huge first-round win for Jack Shore.

After a turbulent twenty-four hours which saw Jack Shore’s previous opponent deemed medically unfit to fight at late notice, the Welsh prospect stepped up a weight class to face Brazilian featherweight Weslley Maia in the main event. Shore didn’t disappoint, weathering the storm of heavy shots that Maia unleashed in the opening round and taking the Brazilian down. From there, he closed the show with some incredible ground and pound from top position.

The noise inside Cardiff’s Ice Arena prove that Jack Shore’s fanbase are truly one of the most notorious in Europe. 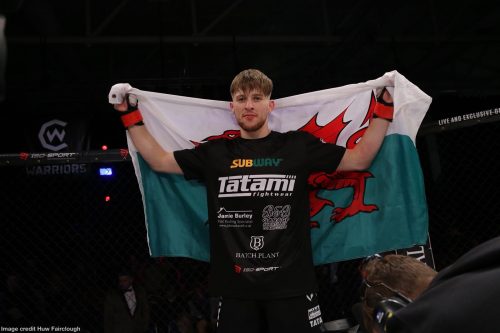 In the co-main event, Wales’ Mason Jones gave the home fans another performance that took the roof off the Cardiff Ice Arena. After taking some heavy shots that nearly handed him the first loss of his career in the opening seconds, Jones fired back in the clinch with a barrage of devastating strikes that kept his undefeated streak intact. 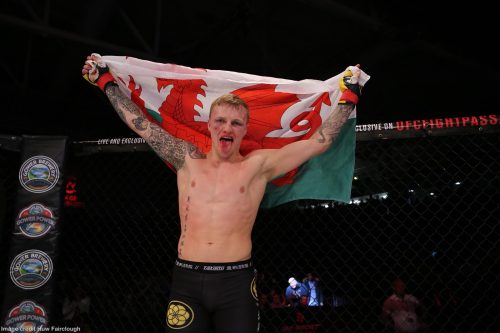 Before that, a hard-fought win for Belgium’s Brian Bouland put him back in the win column with a unanimous decision victory over home favourite Kris Edwards.

A third main-card win for Wales came when Aaron Khalid submitted Jamie Richardson in the very first round, staking his claim as a top name to watch in the Welterweight division. He’ll no doubt have his eye on the Welterweight title fight between Stefano Paterno and Ross Houston at CW98 in Birmingham next month. 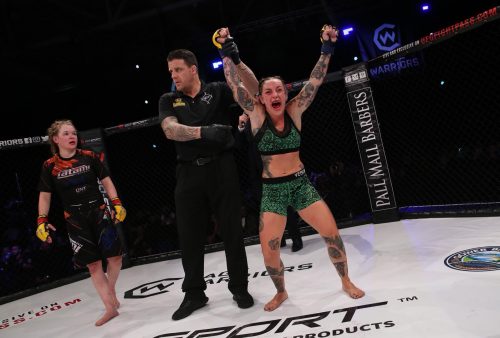 Highlights from the pro prelims included a first round knockout win for Steve Aimable, who stepped up on late notice despite already being confirmed to fight at Cage Warriors 99 in Colchester. Keep an eye out for Aimable’s fight-ending power at the Charter Hall on November 17th. To start the night, amateur prospects Christian Duncan, Jordan Peake and Chris Sterling all picked up impressive wins to advance to the finals of the Cage Warriors Academy Grand Prix at CW100. That’s two wins for the South East Academy and one for the Welsh, with the above fighters taking on finalists from the North West England and Irish Academies on December 8th.

Cage Warriors next event takes them to Birmingham’s Genting Arena for CW98, headlined by a Welterweight title fight between champion Stefano Paterno and Ross Houston, with a featherweight title eliminator tournament also on the card. After that, CW99 in Colchester and the historic CW100 back in the Cardiff Ice Arena close off a huge year for Europe’s leading MMA promotion.

What’s more, with 3 events in 15 days just announced for the beginning of 2019 in Liverpool, London and Copenhagen, Cage Warriors’ mission to showcase the best in European MMA is showing no signs of slowing.