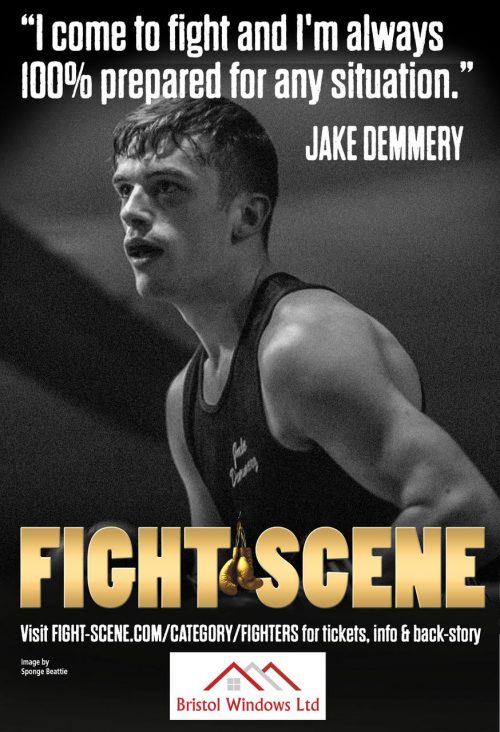 “I think my experience as an amateur does help with the mental aspect of boxing, its taught me how the sport works and the sacrifice that is needed to achieve.”

It’s often said that boxing is a thinking man’s sport and not a tough man’s sport. Albeit the art of the practice is to incapacitate your opponent and deal as much physical damage as possible, the methods in which this goal is achieved can only be executed by the fighters who are able to think the smartest.

For Jake Demmery, the art of visualization is as crucial as punching itself.

“I really like to think and visualize fights in my head from the ring walk all the way to the end. This is such a big motivator for me as I have already seen myself do it and it’s an important part of preparing.”

The Bristol-based fighter began his boxing journey alongside his twin brother: Ben, when the two curious schoolboys stumbled across Downend ABC. 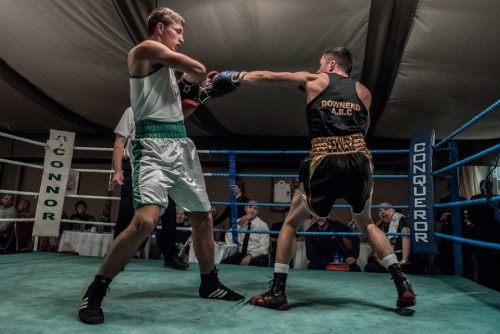 “My first boxing gym was in a small temporary building near my school. Me and Ben had tried many sports and always had an interest in boxing but I don’t think either of us thought that 12 years on we’d be turning professional together”

Under new manager and trainer Chris Sanigar’s expertise, the Demmery twins are ready to bring double trouble to the payed ranks after enjoying championship success as amateurs.

Now outfitted stablemates with the likes of Lee and Andrew Selby, Gavin Gwynne, Tamuka Mucha and Lee Haskins, the Demmery’s have all the fundamentals required to begin visualizing and pursuing prizefighting success.

“I prefer to do all of my talking in the ring. Too many fighters who turn pro say they want to win world titles right from the get-go and that goal is so far away it’s hard to really push for it. My aim at the moment is to fight for the British title, I believe I’m able to reach that level and then look to push into different avenues from there, maybe then for major titles.”

Jake Demmery’s journey to the famed Bristol Boxing Gym, which has produced nine champions over it’s 30-year history, stemmed from his eagerness as a vested amateur. Growing into the sport from the age of 11, Demmery had a strong belief that practicing as often as possible would make perfect and prided himself on being available whenever an opportunity to develop his skills would come to fruition.

“I had 64 contests as an amateur and it could’ve been closer to the 80 mark if I hadn’t had periods of injury. I’ve always boxed at a high level against top-quality opposition and I’ve had experience at major tournaments like the Celtic Box Cup in Ireland and the Haringay Box Cup. I think that’s where my experience and understanding of the sport comes from, I know the importance of being ready at all times and if I ever had a last-minute call, I’d always cancel plans and make sure I was able to fight.”

Jake enjoyed his first piece of silverware in the sport at the Haringay Box Cup where he won a silver medal in his fourth time entering, just coming short in the 69kg final against Germany’s number three. For Demmery, it was an indication of things to come and after a promising amateur career, the headguard was abandoned and the professional contract signed.

“There is nothing better than getting your hand raised after the hours of training and sacrifice before a fight. However, I feel that you learn a lot more from a loss than a win that’s why as an amateur I was never scared to fight anyone. You either win or you learn, losing is not getting in there and doing it in the first place.”

Demmery also believes that his high-level amateur experience will carry him in good stead transitioning into the professional game and making adjustments moving forward.

“I’ve been sparring 4-6 rounds to prepare for the transition from the amateurs to pros, but that’s nothing new, I’d usually do four rounds or more before I turned professional. You have to be adaptable as a boxer and I know how important it is to prepare accordingly.”

It’s also important that Demmery is able to adapt outside the ring, as the 23-year-old is still working full-time, despite signing with Sanigar Promotions. His vision as a professional is grounded in reality, and the thinking man knows how tough it can be to make a splash in such a gigantic pool.

“Many fighters who have just turned pro will know it’s a long road until you get picked up by the likes of Eddie Hearn and Frank Warren. I work till 4pm, train at Bristol Gym Monday and Wednesday, either do boxfit classes or road-work on Tuesday and Thursday and get sparring in whenever top pros are available.”

“It can be difficult if you’ve had a long, hard day at work and then you’ve got to head straight to the gym, but I truly love this sport and I understand that sacrifices have to be made.”

Now 12 years into the future from where the twins first laced up their gloves, they have the chance to preform on the big stage. Although neither shy away from an old-school dust up and enjoy giving the fans an exciting battle, one of their best weapons in the arsenal is the mind. 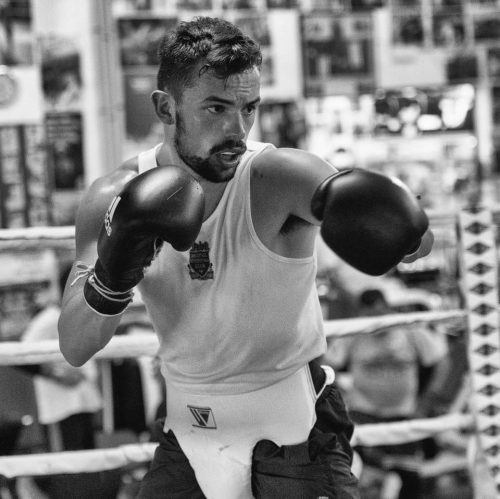 “I always prefer the slick boxer, there’s nothing better than watching someone that can’t be hit. I would describe myself as an awkward fighter who’s hard to pin down. I can box smart and I can stand and bang, I’ve never been afraid of a real fight and I’m always prepared to adapt.”

With every strength however usually comes a weakness. For Demmery, one of his greatest assets is also one of his most cultivating weaknesses.

“Sometimes I struggle mentally in the build-up to fights. I have no problem with putting in the work and dieting correctly, but I tend to get very anxious about how I’m going to preform and not boxing to the best of my ability on the night. That’s something I know I have to work on and will continue to do so as I move forward in my career. I think my experience as an amateur does help with the mental aspect of boxing, its taught me how the sport works and the sacrifice that is needed to achieve.”

Both Bristol brothers will make their walk to the ring as professionals with a current record or 2-0-0. They claim to have it all, the skill and the desire, but also know the challenge which is now cast in front of them. There’s no doubt the Demmery twins will be visualizing victory, and there’s no telling what will come thereafter.

“I’d like to just say that anyone thinking about buying tickets not to miss out on the crazy journey for the Demmery twins. There are some very exciting nights of Bristol Boxing ahead. Don’t miss it.”

Jake would like to thank his loyal fans, supports and sponsors for their continued support: Bristol Windows Ltd, Drillcut (UK) Ltd