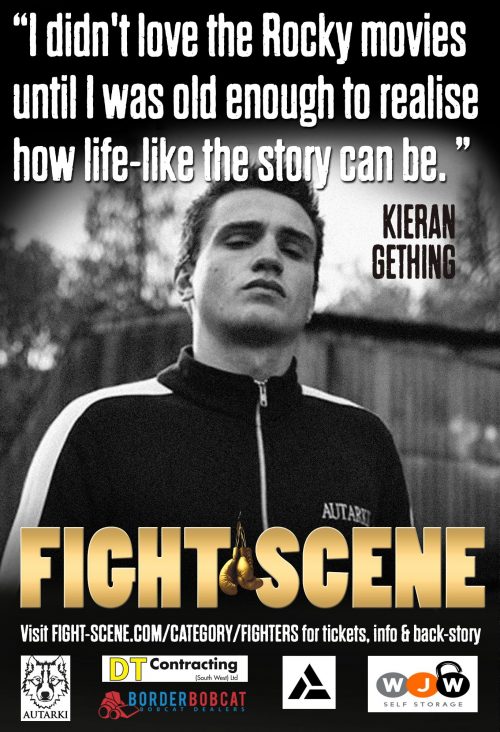 “Boxing has helped me a lot in my life though, to centre my natural aggression and to build me physically and emotionally. I think it has had a massive impact on my character too, always wanting to  be bigger, stronger and smarter than my opponents.”

“I Started boxing at 12 years of age. My brother took part in a session and was getting bullied by other kids there. Being the older brother I wanted to help, but in reality I was a bit of a wimp and couldn’t do so much!”

In a domain where violent prowess is the key to victory and weakness the poison for failure, there is an idiom that every fighter should know. 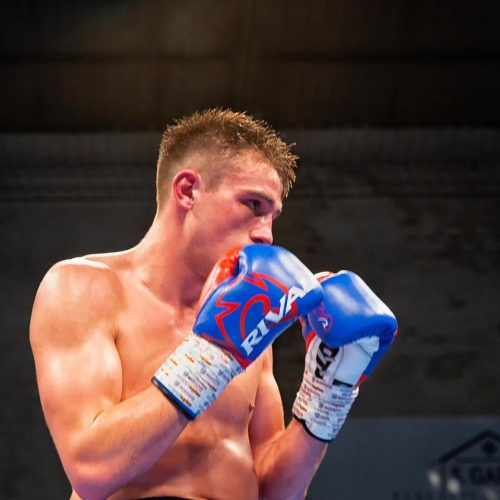 Kieran Gething’s (9-2-1) start to professional boxing took a turbulent beginning, whereby his first three contests were shared over each of his tally’s: 1 win, 1 draw and 1 loss. It was by no means a disastrous start, but it was something that the prospect from Pontypool was hoping would take a stronger path.

Along Gething’s journey to domestic kingship, there were dazzling performances against classy operators, where the 25-year-old displayed tactful development and a real ability to box with intelligence. But rather than credit one of his two stoppage victories as his most important outing as a professional, Gething regards his loss to Tony Dixon (10-2) as the underlying recipe for his incredible turnaround.

“The (Tony) Dixon fight is definitely my favourite. I learned a hell of a lot about myself and the sport in my losses, and how I need to approach contests. I wouldn’t say losing is a good thing because it feels terrible, but it definitely helps you grow and improve as a fighter. I knew that fight was a hell of a watch and I really enjoyed being a part of it.”

Gething’s battle against the former Super-Lightweight Champion (Dixon) was a bout which had everything in abundance. It was a fight in which Gething, despite losing on the scorecards, displayed both an ability to box and a willingness to trade leather against a formidable opponent. After settling into a six-fight win streak since his initial loss in March 2017, it was also Gething’s first opportunity to achieve silverware as a prizefighter. The Pontypool boxer’s personal narrative was beginning to take a similar shape to the late Bernard Hopkins (55-8-2), whom despite losing his professional debut would go on to capture three world championships and become one of the sports most formidable contestants.

After failing to get the nod from the judges however, Gething would fall short for the second time in his career. But rather than stew in the bitterness of defeat at an important stage in his career, Gething found value in defeat and has since showed the resilience needed for a long reign as champion.

“I’ve learned so many things, from knowing my own body and how to make weight easier to learning how to pace a fight differently and how to deal with injuries. I know when I need to peak as a professional fighter”.

After falling short against Dixon in his first attempt at the Welsh title, Gething channelled his inner Rocky and took on Henry Janes in February 2019 for the vacant Super Lightweight strap, this time emerging triumphant in a unanimous victory. Yet again, the Welsh fighter displayed an incredible ability to learn from past misfortunes and in doing so has culminated a prestigious domestic title in just 10 fights as a professional.

This was never the endgame for Gething however. Despite his miraculous start to life as a professional, the 25-year-old looks ahead to a Commonwealth clash in the near future. 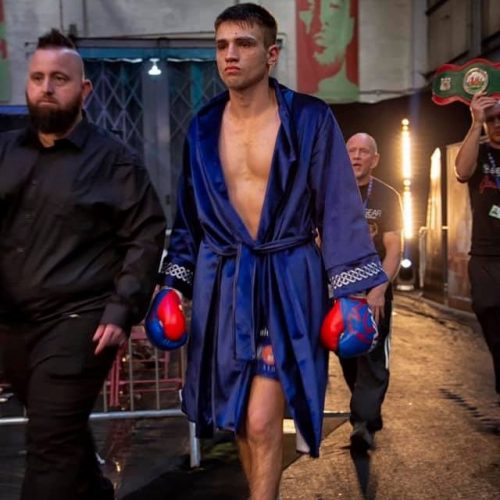 “I’d like to fight for the British and Commonwealth title now, the winner of Akeem Ennis-Brown and Philip Bowes appeals to me. I want to be world champion”.

The number thirteen proved it’s notoriety once again for being an unlucky sum as Super-
Lightweight Champion Kieran Gething was held to a draw in his thirteenth professional contest.
Capable challenger: Jeff Ofori (10-1) was faced with the task of boxing the Pontypool champion
off the back of a convincing defence against Craig Woodruff in June, but much to the surprise of
the champion, Ofori was able to grind out a split decision draw.
“I definitely thought I’d done enough to win so I’m not very happy with the outcome of the fight.
I thought I did a really good job of keeping Ofori long and controlling the pace throughout the
rounds” said a frustrated Gething.
Despite the judges being unable to separate the two combatants, Gething still holds his BBBoC
Welsh title and once again gains valuable experience on the road to potential stardom. Now 9-
2-2, the Welsh prizefighter continues his reign over domestic competition and continues to
develop all areas of his game, one which hasn’t been short of setbacks.
“Looking back on it, I did actually think the fight went well. There wasn’t a game-plan as such
against an opponent like Ofori because he was so unorthodox but I was still able to keep him at
range and do enough to win the rounds. To get the victory taken away by a referee’s nod is
frustrating but I’m sure in myself I did enough to win”.
As many previous champions have shown, even the best of the best in Muhammad Ali, these
very setbacks are often the secret recipe for future success, and if there’s anything to judge
Gething’s growth on, it’s how he is able to come back stronger from pivotal moments in his
career time and time again.
Gething still holds the marbles in Welsh super-lightweight boxing, and is eager to test himself
against the best there is to offer.
​

The very best fighters all suffer defeat in one way or another. Albeit there are anomalies like the great Rocky Marciano, the skillful Floyd Mayweather, and Gething’s native Welshman: Joe Calzaghe, sometimes the greatest lessons a fighter can experience are in defeat. For Gething, there has been no excuses, only improvement. Now the acclaimed Welsh Super-Lightweight Champion, the future is looking increasingly prosperous for the man who just doesn’t take no for an answer.

Gething: “I feel the best I have in 12 months or more and look forward to showing you!!”

Kieran would like to thank his No 1 fans, the army of followers, supports and sponsors for their continued support: