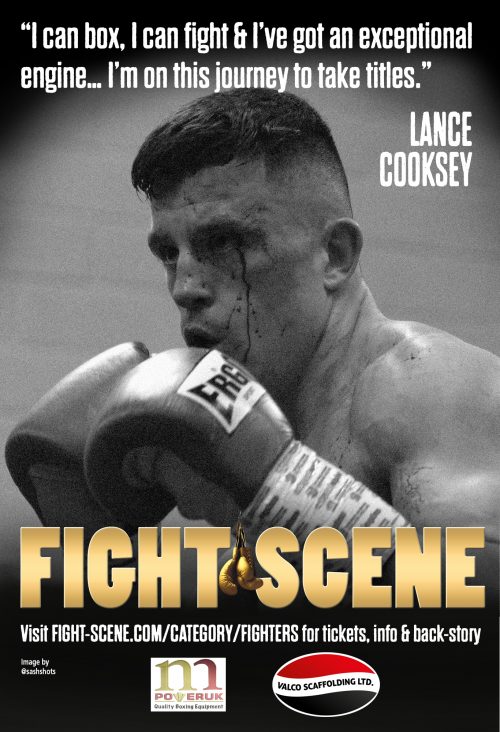 “I can box, I can fight & Ive got an exceptional engine… I’m on this journey to take titles.”

When the Cooksey family decided to up sticks and leave Cardiff, it almost seemed like fate that their new home would be a stone’s throw away from Rhoose Amateur Boxing Club, it was a blessing in disguise for a young Lance Cooksey Jnr.

Either by design or by confidence Lance Snr was igniting in his son the fire which had burned in his own belly as a young fighter.

“The family moved to Rhoose when I was ten and the boxing gym was just a few minutes from my house – that’s where it all started. My father had me boxing from a young age as he was a boxer himself, he won many Welsh titles and two British titles as an Amateur.”

But it isn’t just his father’s influence that has driven Lance to an unbeaten record of 10-0 as a professional and progressing from Rhoose ABC to Pontypridd Boxing Club, and from there to Tony Borg’s champion-churning St Joseph’s in Newport. The young boxer credits his family for his triumphs.

“Having a close-knit family makes things much easier for me as a boxer, it takes a lot of pressure off the fight. Family is everything. My friends and family are my inspiration. I’m lucky that I’m surrounded by good people that push me to achieve my goals.”

And perhaps his younger brother will follow the same path of success, since Lance gave him special credit for playing a lead role in his choice to adopt boxing as an occupation.

Lance admitted, with a tone of comedic reluctance, owed to sibling rivalry:

“Me and my little brother used to love the Rocky films. My earliest memory of boxing has to be when we put on a pair of our father’s gloves and sparred a couple of rounds. We must have been around six and four at the time and he was a bit tougher than me back then.”

Lance Jnr has become part of a huge surge in the growth of Welsh boxing, which is refreshing for the likes of Cooksey and is something that he speaks fondly of:

“Boxing is at an all-time high in Wales, the younger generations are transitioning from amateur to professional faster than ever before. As an amateur, I didn’t want to turn pro, but now it seems to be the opposite and it seems that publicity plays a big part in this. There are a lot more shows being put on by the likes of MTK as well as other promotions. There are more opportunities now.”

2018 proved to be a huge year for the Welshman. The boxer took on four opponents throughout the annum, with the final fight of the year proving to be the most memorable. Lance Jnr faced off against Jordan Ellison at Llandarcy Academy of Sport, Neath in a battle that altered the Welsh boxer’s fighting mentality.

“First of all, every fight is a learning curve, you take away experience from each fight you have, but one that stands out is my fight against a lad called Jordan Ellison. I was cut in the first round after a clash of heads – I knew it was a cut because of the blood and naturally I started to panic, Ellison then tried to get me out of there, but I was able to hang on and calm down and a few rounds later I’d won the fight. This taught me a lot about keeping my head and staying focused in the ring.”

As well as the Ellison fight, Lance Jnr holds his bout against Aleksandrs Birkenbergs in high regard, the Welshman brought the York Hall crowd to its feet with an emphatic first round stoppage.

“One of my biggest moments came when I fought at York Hall. I remember the fight being stopped 40 seconds in after I’d landed some heavy shots to his body. My fans had to travel for four hours to witness 40 seconds of action, but they were still happy with the performance.” 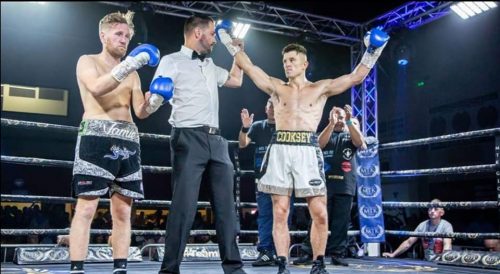 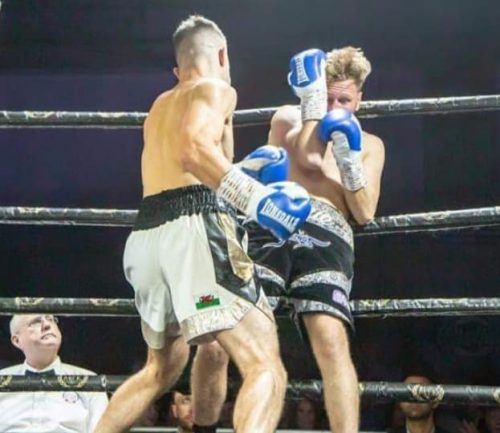 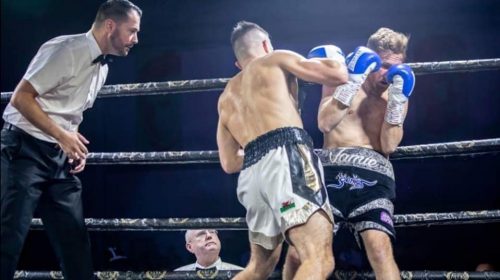 Lance Jnr now follows a strict training regime in order to perform to the best of his abilities.

“I train everyday before work, which is early in the morning. I try to fit in two hard sessions of boxing or cardio, it’s a case of trying to fit in as much training as possible in the time that I have, because I want to be in the best condition.”

Lance trains alongside compatriots Gavin Gwynne and Jordan Withers, which according to Lance helps provide an extra boost in the gym:

“I train in the gym with Gavin and Jordan as well as a few other lads. I think its good to have this environment, because we’re like teammates, there’s a lot of respect between us all and we’re all friends that push one another to achieve the best”

“Earlier on in my career I’d have said I want to fight one of the top fighters, now I want to win titles, so whoever is holding the titles, I want them.”

And with his final words, this multi-faceted Welsh boxer shows that he’s determined to take fight scene by storm:

“I’ve done my apprenticeship in boxing, I’m ready to step up and I’m ready for titles.”

Lance Cooksey would like to thank his loyal army of followers and sponsors for their continued support: Valco Scaffolding, MKPowerUK, MN Bodycoach, Best Burger Van