“No occasion fazes me. I love the hostility. On the way in to the ring they’re throwing things, spitting, calling me names. On the way out I get a standing ovation.”

For Lee Selby, confrontation does not come easily.

For all his flash inside the ring, he is reluctant to go to war outside of it. Even in front of the cameras and the hostiles crowds at the press conferences, he does little more than respond in kind, telling opponents to “stop trying to sell tickets, the fight’s already sold”

This extreme calm in the face of extreme pressure, is something of a theme in Lee’s life and career. 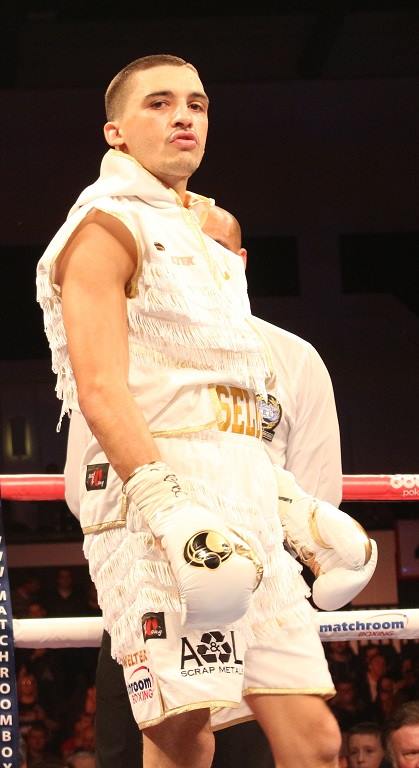 “No occasion fazes me. I love the hostility. On the way in to the ring they’re throwing things, spitting, calling me names. On the way out I get a standing ovation.”

All in a day’s work for the man whose slick skills have earned him the moniker of “the Welsh Mayweather”. But Lee Selby is a fighter who saves the pantomime for the pay day.

Raised on Elizabeth Avenue, part of a council estate in Barry, South Wales, Selby took some pushing before he began his journey of dominating the UK Featherweight scene.

Selby was a shy boy who’d hide behind the sofa when the door-bell rang and who’d do all he could to avoid conflict – even painting his face with pale make-up to stop the racist comments about his skin-tone in school.

Dad saw something special. Something that needed drawing out of his son, slowly, over his younger years. During which time, he would delay the instant gratification of celebrating in his son’s success.

“I’m never proud of him. It’s about achievement. If he didn’t achieve I’d be disappointed. I’ll be proud when he’s a multi world champion. Some say I’m cruel but to be the best you’ve got to train like the best.”

Dad’s strict line of parenting, however – even after he threw Lee into the boxing ring as a reclusive eight-year old and forced him to run to & from school – did not shield the boy from the inevitable traps of a misspent youth. And it wasn’t long before Lee’s lifestyle threatened to ruin his future.

“Like most council estates, there’s not much to do. I stopped going to school. I’d say I was addicted to drugs and drink.”

This pessimistic period of Selby’s youth continued to spiral until one day he received the devastating phone call which changed his life forever. Lee’s older brother, Michael, had been found dead. And the downward spiral deepened, dropping Lee to an all-time low.

But where many would have succumbed to the comfort of their previous lifestyle in the face of such a dreadful event, Selby eventually took the chance to turn his life around.

“I was on a drinking binge for about a month, trying to block it out. Then once I sobered up, that’s when I knuckled down with the boxing. I cut myself off from all the bad I was doing and my boxing went from strength to strength.”

Selby had become aware of how close he was to taking a wrong step, since so many drug users from poor backgrounds are drawn into the fateful mistake of selling drugs to provide an income.

“There’s always temptation to earn money the wrong way. A friend of mind turned pro at the same time as me, now he’s doing ten years and I’m fighting for world titles.”

The accruing of those titles, however, has never been taken for granted by Lee Selby. Even at the start of his career he trained like a top-level professional for every single bout, giving full credit to his opponent and full respect to the job at hand.

“I respect any fighter who steps in the ring because I know what we put our bodies through getting ready to fight. Making weight, training, sparring.” 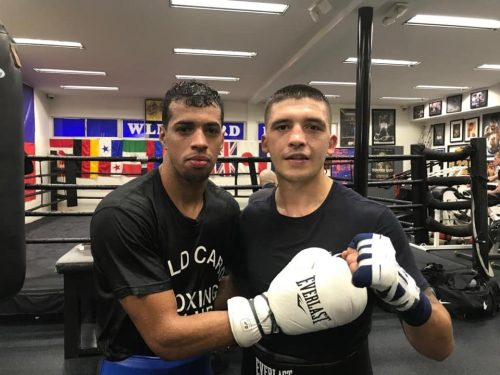 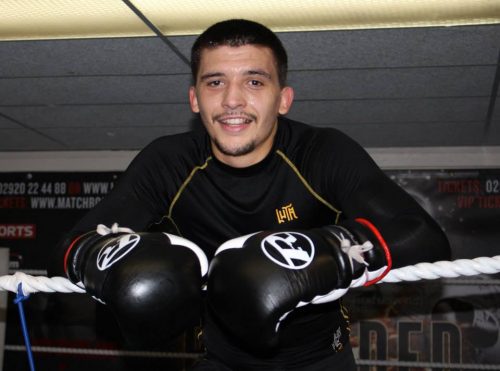 Selby does not lose sight of how dangerous the game can be.

“At this level, every fight is tough. If you’re a little percentage out on the night, anything can happen.”

But the Champion stays humble when pushed to boast about success and the potential of a grander lifestyle.

“I don’t need anything in life. £100 a week is more than enough for me. Even holiday is just for the kids. I started from the lowest. No money. No TV.”

And Lee is quick to draw on his often under-appreciated sense of humour, when reminiscing on his roots.

“I’m in a posh area now, so my kids won’t get to enjoy the luxuries of a council estate”

Lee Selby’s  home however, just ten minutes from where he grew up, is closer to a petting zoo than a posh mansion, housing chickens, ducks, ferrets and dogs. And any spare time that Lee finds outside of boxing, is spent mucking out the animals in the garden or messing around with the kids on the sofa, “just like any other dad!”

“I may seem like an arrogant prick but that’s just for the fight. I’m a normal guy really”, Lee admits, acknowledging that his seemingly laid back approach can sometimes be misread as contempt for the opposition.

Given the choice, he loves for his brother Andrew to be fighting on the same bill. But Lee does admit, “I don’t know how I’d handle the pressure of watching him fight before me!”

There is one name missing from the list of potential opponents however, that some journalists have been keen to push Lee Selby on – the power punching pride of Ukraine, Vasyl Lomachenko.

“That would be painful, but I’d enjoy it!” was Selby’s candid response.

And this is a statement that speaks volumes for the Welsh wizard of boxing.

Lee Selby doesn’t chase confrontation. He doesn’t even stand toe to toe if he can avoid it. He has a knack of moving around obstacles, of slipping under bombs and of blocking the verbal assaults in a fight’s build up.

But no matter what he faces… be it pain, poverty, racism, drugs, death, addiction, sparring partners twice his size or the biggest hitters in his division… if it’s standing between him and world domination, it will be dealt with.

Lee would like to thank his sponsors, followers and fans for their continued support!