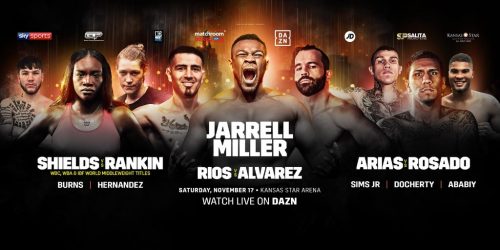 Miller has stepped up his pursuit of World title action and the unbeaten Brooklyn banger is fresh from demolishing Polish legend Tomasz Adamek inside two rounds in Chicago earlier in October to move to 22-0-1 with his 19th KO win, his next opponent is fellow unbeaten banger Bogdan Dinu. 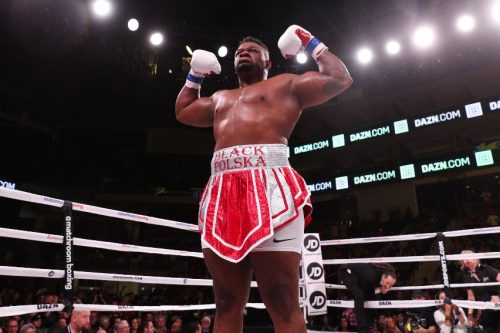 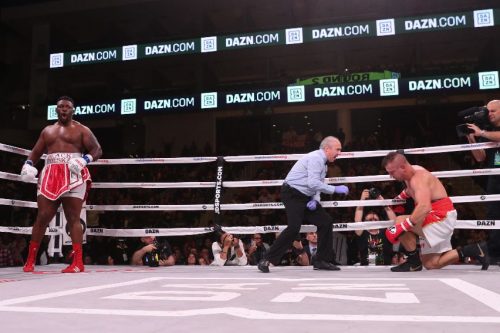 Claressa Shields became a two-weight World ruler on home turf in Detroit in June in just her sixth pro fight with a points win over Hanna Gabriels to add the IBF and WBA straps at 160lbs to her IBF and WBC Super-Middleweight belts she claimed in August 2017 and defended in January.

‘T-Rex’ puts the Middleweight straps on the line against Scotland’s Rankin (5-2 1KO) who crossed the pond once again for a World title shot having challenged Alicia Napoleon for the WBA Super-Middleweight title in August in Long Island, NY, having picked up the WBC Silver Middleweight belt two months earlier in Scotland.

A stacked card in support of the World championship battles sees a homecoming for Rios, the former Lightweight World ruler and Welterweight title challenger who was born in Garden City, Kansas. ‘Bam Bam’ Rios (34-4-1 25KOs) is hunting a route back to World title level, and that leads him into an all-Mexican showdown with Ramon Alvarez (27-6-3 16KOs), the older brother of Saul ‘Canelo’ Alvarez looking for his own win on the big stage to set up a title shot in 2019.

A crunch battle at Middleweight sees Luis Arias and Gabriel Rosado clash. Arias (18-1 9KOs) is back in action after tasting defeat for the first time in his career against former World ruler and IBF title challenger this weekend Daniel Jacobs, and this is a must-win for the Wisconsin man if he wants to mix with the best names in the red hot 160lbs division. Rosado (24-11 14KOs) has twice boxed for the World title at Middleweight, and the Philadelphian is back in the ring after a year out following a return to winning ways in October 2017 when he stopped Glen Tapia in Las Vegas.

There’s more local flavor on the card in the shape of exciting young Wichita star Nico Hernandez, the 22 year old Team USA 2016 Olympic bronze medalist laces them up for the sixth time in the paid ranks, with four of his five wins to date coming inside the distance. 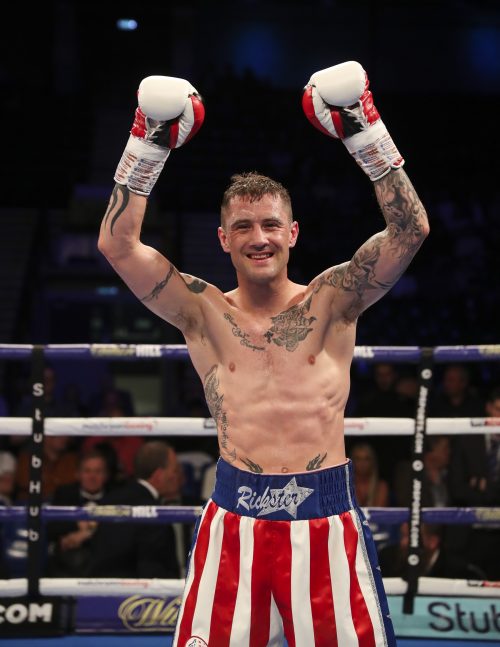 Three-weight World champion Ricky Burns is back in action on the bill and the Scottish ace (42-7-1 15KOs) is looking to return to the top table once again.

“Kansas is going to be wild!” said Eddie Hearn. “It’s another stacked card topped by Jarrell Miller who is making a real charge in the Heavyweight division. There is an all Mexican war between Kansas own Brandon Rios and Canelo brother Ramone. Luis Arias and Gabe Rosado go to battle with a potential World Middleweight title shot on the line.

“Off the back of huge network ratings, Claressa Shields defends her World titles against tough Scot Hannah Rankin. Kansas hero Nico Hernandez defends his title and three-weight World champ Ricky Burns also stars. This arena is going to fill up quick and we look forward to another stacked card on DAZN.”