In an ever evolving sporting landscape, the world’s most expertly engineered athletes are constantly exploring ways to elevate their mental and physical performance.

Even on a basic level, the fundamentals of a successful sportsperson lie at the root of their lifestyle; their nutrition. Much like a car relies on fuel, an athlete who regularly exerts the physical limits of their body must provide themselves with the best possible fuel in-order to elevate their athletic capabilities.

The importance of sports nutrition is arguably even more crucial than the training itself. Manipulation of essential nutrients, the importance of calorie intake and timing in which these components are consumed in relation to a variety of different training styles ultimately separates good athletes from the great. It might appear as straightforward as to “eat good, feel good”, but a conclusive understanding of the roles of essential nutrients and the methods in which to optimize their function is one of the biggest determiners behind the success of athletic performance. 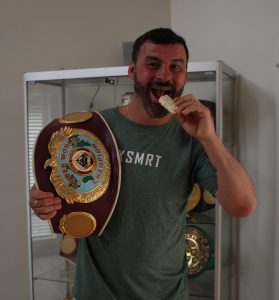 So, just how important is nutrition within sport? Whether that be at amateur or world-class level, the advantages of tailored dieting in athletic performance is a debate which any participant, spectator or analyst should be keen to engage in.

Prior to the 2012 Olympics, GB Boxing Team signed up for a meal preparation service which closely tailored their nutrition towards different stages of conditioning exposure; such as muscle hypertrophy, endurance, weight-loss and fast-twitch training. Spearheaded by nutritionist Tom Whitehead; the meal plans would produce 5 British Olympic medalists; including Luke Campbell, Anthony Joshua and Nicola Adams.

In-order to gain an organic perspective on the importance of sports nutrition, we participated in a seven day nutrition plan supplied by Musclefood, which consisted of three meals and three snacks per day; composed of roughly 40% carbohydrates, 32% protein and 28% fats. Musclefood, which combines carefully sourced ingredients with nutritiously rich supplements, allows their clients to choose from a personalised menu, where the athlete can cater their plan towards a variety of athletic goals; The gradual loss of weight in-order to hit a certain category for weigh-ins (69 KG) whilst supporting the body with quality proteins and healthy fats to ensure both muscular recovery and athletic sustainability.

Boxing’s most successful athletes often face a challenge before making the walk to the ring; the challenge against the scales.  Fighters such as Ricky Hatton, whom have been infamous with cutting around 40 pounds in camp to make weight, and Joe Calzaghe  who told Fight Scene ‘A diet plan was imperative for me, my favourite part was actually making the scales … that was the biggest fight!‘ followed strict dietary plans designed to shed glycogen stores from the body (stored carbohydrates) whilst facilitating protein-synthesis which comes with such rigorous training. Conventionally, this involves the athlete eliminating most or usually any form of carbohydrates from their body forcing the burning of glycogen (fatty stores) in-order to fuel physical activity, whilst focusing predominantly on the consummation of lean (low fat) proteins and supportive vitamins.

Athletes who form a lifestyle of eating clean throughout the year often suffer less and reap the rewards of their commitment in later stages of their career, where the natural depletion of physical ability is significantly less than an athlete who fluctuates between eating habits. Using Cristiano Ronaldo as an example; who in his Juventus medical assessment  was deemed to have the physical health of a 20-year-old despite being 35; has a strict annual dietary regimen which involves only ground meats, low-fat carbohydrates, no oil or salt and only water (with the occasional glass of orange juice).

We followed a daily meal plan whilst training four days a week; usually 90 minute sessions consisting of a mixture of muscular endurance, fast-twitch resistance training, plyometrics, cardiovascular training, and of course boxing, the balance of the Musclefood Meal Plan provided the perfect release of high-quality proteins, low-fat carbohydrates and supportive vitamins. On the first day of the plan, our fighter’s weight was 158lbs (roughly 72 kilograms), and by the end; albeit eating frequent meals at considerable portions, his weight had dropped to 154lbs (70.3 kilograms), equating a loss of 4lbs in just seven days.

Although a common misconception with weight-loss is to starve the body of food, the Muscle Food plan was purposeful in its emphasis on frequent eating, demonstrating it needs to be. Using the car metaphor once again; the further and faster you drive a car, the more fuel you need. Like the human body, the strenuous nature of athletic training yields a much greater dependence on nutrition, and to starve the body of its means of recovery is a double-ended sword which causes a metabolic response to retain the body’s fat stores in-order to survive without adequate fuel. 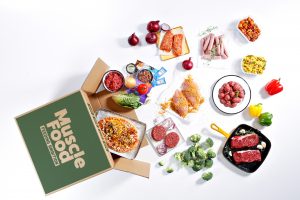 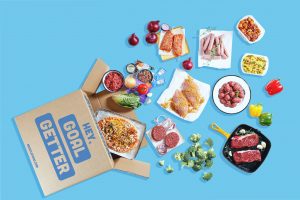 Breakfasts were packed with high-quality proteins in the form of sausage and bean pots; ready-served scrambled egg and tubs of chocolate oats, which offered a sensible amount of slow-release carbohydrates without conceding many calories. Before training, lunch pots such as Moroccan Meatball and Cous Cous, Thai Curry and rice and Chicken Fajita with Rice offered the right balance of proteins and glycogen sources to fuel rigorous boxing sessions, followed by recipe kits loaded with ground meats such as grass-fed steak, lean-beef and sourced chicken to support muscle hypertrophy and recovery post-workout.

When the appetite would spike in-between meals, and particularly after training, the snacks available all contained rich protein value with little calories and minimal carbohydrates in the form of marinated chicken sticks, protein flapjacks and beef jerky.

Aside from physical advantages, the mental affects were arguably even more valuable. The degree of longevity an athlete can find within dieting is a crucial component in their success and performance; Musclefood Diet Plan was exciting, and meals were tasty. As a result, I was both eager and prepared to perform. Energy levels were primed with nutrients that supported healthy mobility and recovery without an impact on flavor, which for many foodies is the deal-breaker between sticking or twisting with many meal plans. Perhaps a neglected aspect of healthy eating is its longevity, and the good news is that tasty food doesn’t have to come at a price of excitement.

The quality of protein supplied in the diet greatly benefited muscular recovery, with an evident change to both body fat and muscular definition; especially around the abdomen (alongside a fair few sit-ups) which concluded a successful week of training, eating and living the ideal lifestyle of an athlete who feels they can do little to nothing more to further their physical and mental performance.

The importance of tailored nutrition cannot be emphasized enough. From participating in Sunday League football matches to boxing for an Olympic gold medal,  athletes who are serious about their craft and wish to optimize their instruments in the best possible way MUST plan and execute nutrition correctly in-order to further their careers. Some prefer to adopt “on and off” cycles, and some prefer to completely change their lifestyle; whichever it may be, there is no denying the vitality of this discipline in the ingredients of athletic performance. Sport aside, even as a lifestyle change, an individual wanting to broaden their understanding on the role of dieting and the science behind eating, meal preparation services like Musclefood are an essential tool to the collective education of healthy eating; and in turn the healthiness of body.