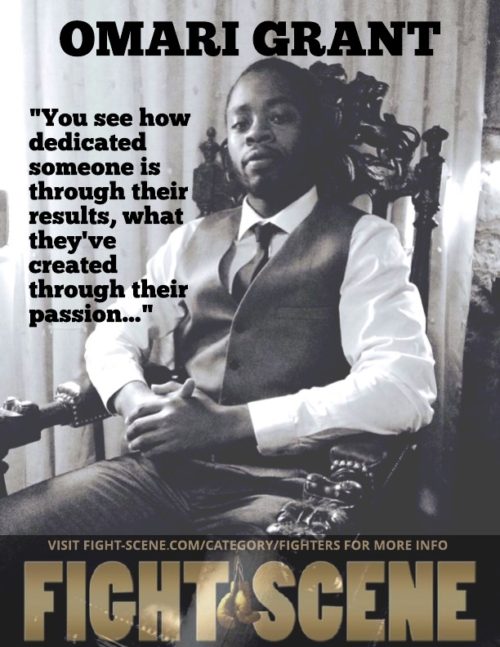 JON SUTTON CATCHES UP WITH THE MULTI-TALENTED MIDLANDS MAN…

With his eloquent phrasing and his affable smile, it would be difficult to guess that Omari Grant had grown up on the tough streets of Nottingham.

And it would be even more difficult to guess that he was the Clark Kent behind not one, but two, much more edgy alter-egos.

Grime artist “Kriptik”, the brains & the banter behind 2015 album “Headtopology”, seems to bear a startling similarity to the 28 year-old Grant, even beneath the hood & the scowl that he wears when spitting out lyrics.

And “The Praying Mantis”, the Nottingham-based boxer-puncher who’s been lighting up undercards across the Midlands on his way to scoring five professional wins, also shares that very same stark resemblance.

What’s that flying through the sky…? Is it a recording-artist? Is it a professional fighter?

Having dedicated his early twenties to music & other pursuits, Omari had a late start as a pro-fighter and didn’t enter a ring for money until 2017, when he outpointed Ibrar Riyaz at the Bingham Leisure Centre.

“Growing up I loved Mike Tyson & Marvin Hagler. I liked to watch documentaries on boxers, watching their journeys, the ups & downs. I did some boxing for charity and some unlicensed fighting when I was younger, but boxing truly changed my life when I turned professional. I stopped smoking & drinking and became more focussed.”

Focussed is certainly the right word. The unbeaten Super-Lightweight is still working hard on his music even though he already has his next two fights scheduled.

“Music has been a very big part of my story and I’m quite a big underground artist. I actually do a lot of different music but my Grime has been the most influential. I guess because it only began forming as a genre when I was younger so I was one of the first to do it in Nottingham, before it’s huge commercial success across the country…

“Music has really connected me with people of my age and younger. I’m often told by people that they grew up listening to my music, which is still a pleasant surprise… I volunteer at a gym coaching boxing and I also do youth mentoring, so my connection with people from the same background has been key…

“With both the music and the boxing I feel like I’m really able to make a difference.” 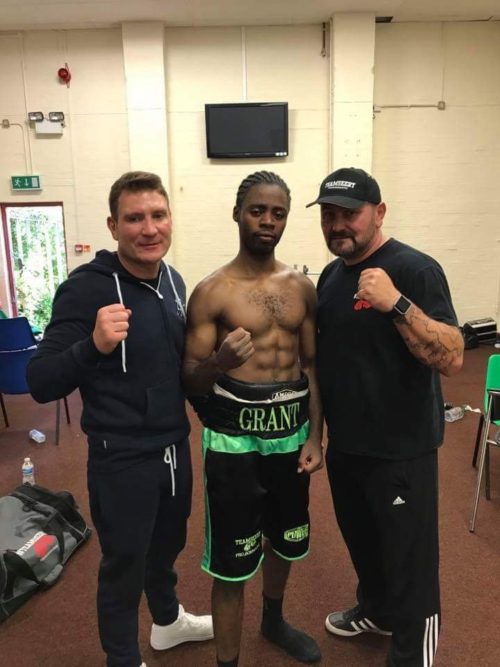 So how does Omari Grant manage to pursue two very different careers with such tenacity? He told NottsTV* last year, in an elegant explanation more in line with a poet than a puncher:

“Music, like boxing, is a business. There’s a commercial side to it. But the raw root of both those things is expressing yourself as a human being. You see how dedicated a person is through their results, what they’ve created through their passion… I’ve always been passionate with my music. I’ve always had that drive to create something and release it to the public. I didn’t have the fear factor. I wanted to create… It didn’t faze me much, getting into an organised fight, because of growing up in a tough neighbourhood and getting into altercations with people… I didn’t know anything about boxing but I still managed to win… I wouldn’t say it’s a change, just a different skillset, like a ninja adding a new weapon to his arsenal.”

The usually modest man from Radford, however, takes the opportunity to show off a little when asked by Fight Scene to describe his boxing style:

“I am The Praying Mantis. I’m quick, strong & filled with tenacity.”

But he is then quick to return to his more mild-mannered mentality, when giving a shout out to his sponsors and fans:

“Thanks to Abenzi Clothing and to Hannah Pye’s Fitness Kitchen. And to my fans, thank you for all your support. Keep putting your faith in me and I’ll keep pushing towards the top.”

Omari Grant is a man so focussed on success, Fight Scene fully expect him to reach the top, whether it’s as musician, a youth-mentor or a fighter.

And when you’re busy making waves in all three disciplines… why settle for success in just one?