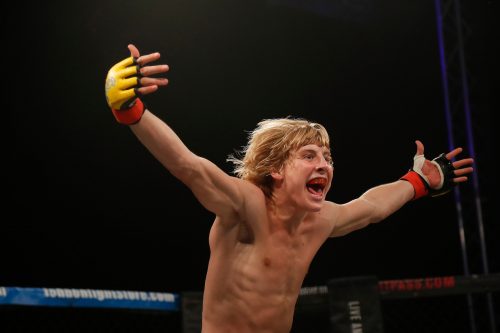 After narrowly losing out on the lightweight belt earlier this year, UK MMA star Paddy ‘The Baddy’ Pimblett returns to the cage to face Belgian knockout artist Donovan Desmae at CW100, the biggest event in Cage Warriors history.

‘The Baddy’ is known for his spectacular fight style, and pulled off a highlight-reel flying triangle submission at CW90 in February – his 10th finish since his pro debut in 2012.

Pimblett (14-3) has provided Cage Warriors fans with some of the most memorable scenes in the promotion’s history, with the highlight of his career undoubtedly being his knockout win over Johnny Frachey which won him the World Featherweight Title at CW78. 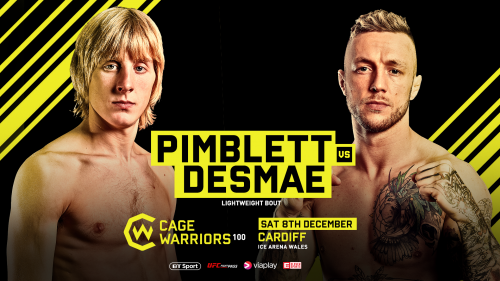 Standing in his way on December 8th is a formidable force: Donovan Desmae (11-5) of Red Kings MMA in Belgium, who’s record includes a one-punch knockout of Richard Williams at CW91, and a dominant win over Aiden Lee, who will fight for the featherweight belt on the same night.

As well as possessing enough power to end the fight in the opening minutes, Desmae proved his ability to thrive in deep waters when he gave the fans at CW94 one of the most incredible rounds of the year in his fight-of-the-night with Hubert Geven. 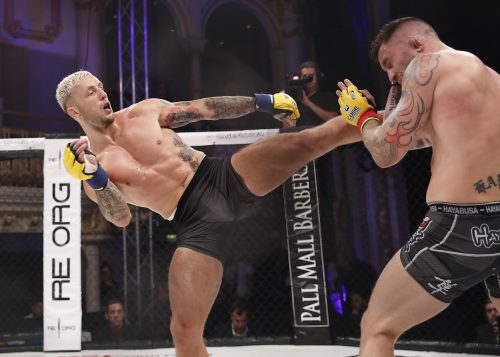 CW100 takes place at the Cardiff Ice Arena on December 8th, and is headlined by a bantamweight world title fight between Mike Ekundayo and Jack Shore. Also confirmed on the card is a featherweight title fight between Aiden Lee and Dean Trueman, and a massive welterweight war between UFC veteran Nicolas Dalby and Ireland’s Phil Mulpeter.