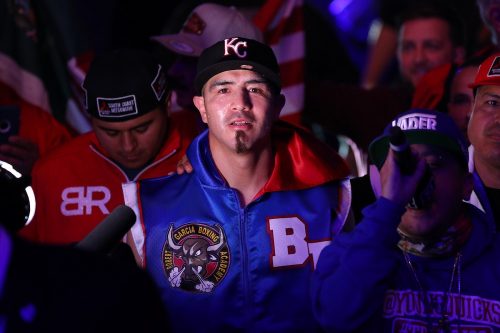 “I know that this fight is a ‘do or die,’ that is why I am very motivated and training really hard. We know that we have a tough opponent in Brandon Rios, a true warrior, but so am I. This will be a war and I will be ready to win!”

Matchroom Boxing USA will promote its first show in Mexico as Brandon Rios and Humberto Soto will clash in an all-Mexican affair at the Municipal Auditorium Fausto Gutierrez Moreno in Tijuana on Saturday February 23, live on DAZN in the US and on Sky Sports in the UK.

Former World Lightweight king Rios (35-4-1 26KOs) returned to winning ways in style in November, stopping Ramon Alvarez in the ninth round of their high octane clash in Mulvane, near KS, pocketing a 26th win inside the distance in his 40th pro fight. 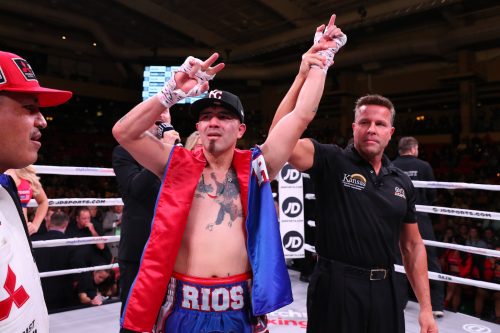 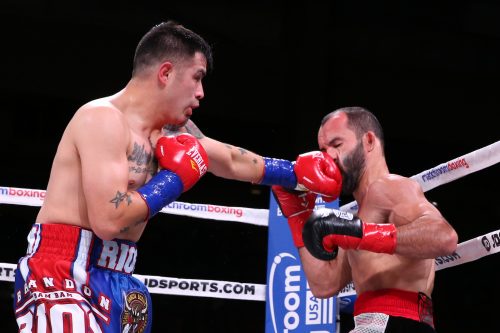 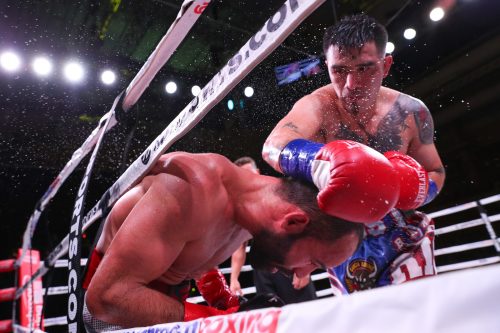 ‘Bam Bam’ will look to further his claims for title shots in 2019, and the American-Mexican believes the love from the fans will roar him to victory and onto his goal of regaining his World title stats as he boxes in Mexico for the first time since September 2009.

Former two-weight World ruler Soto (68-9-2 37KOs) has other ideas though, with the Mexican hero heading into the bout on the back of two wins on his return to the ring in 2018. Soto, Los Mochis born but whom now calls Tijuana home, admits his glittering career is on the line on February 23, and that means ‘La Zorrita’ will put everything on the line against Rios.

“I’m grateful to Eddie Hearn for getting me on a card early in the year,” said Rios. “I want to stay active so I can get closer to my goal and becoming a Champion once again.

“Man, I’m excited to fight in Mexico, I haven’t fought there in ten years. The Mexican fanbase has supported me since day one and everything I give in the ring is for my family and my fans, who have never let me down.

“I’ve been staying busy in the gym, so I’m ready to give the fans a great fight. The fights the fans love to see!”

“I cannot wait for February 23,” said Soto. “I am so excited for this great opportunity in a city that feels like my second home.

“I know that this fight is a ‘do or die,’ that is why I am very motivated and training really hard. We know that we have a tough opponent in Brandon Rios, a true warrior, but so am I. This will be a war and I will be ready to win!”

There’s a stacked undercard in support of the main event, led by the rematch between Jose ‘Gallito’ Quiniro (20-2-3 9KOs) and Joel Cordoba (7-4-2 1KO). The Mexicans shared a draw in a Christmas cracker in December and will return to the same venue as that clash to find a winner this time.

It’s a huge night for two youngsters making their first strides in the paid ranks. Alexis Espino makes his professional debut on the card, with the 19 year old Las Vegas native and decorated amateur itching to get life in the pro game underway on a proud night for his Mexican family.

Rangy teenage sensation Diego Pacheco fights for the second time in the pros after a first round KO win on his debut in Tijuana in December. Pacheco cleaned up in the amateur ranks as an eight-time national champion and number one ranked Middleweight in both America and Mexico, and the 17 year old turned over on the back of recent stand out victories in the 2017 National Junior Golden Gloves and the 2018 USA Junior Olympic Nationals.

“I’m excited to be in Tijuana on March 23 for our first Mexican show with a real old school shoot-out between Brandon Rios and Humberto Soto,” said promoter Eddie Hearn. “Brandon stole the show in Kansas recently on DAZN against Ramon Alvarez and there should be real fireworks in this one.

“It’s a stacked card with a tasty rematch between Jose Quiniro and Joel Cordoba, unbeaten Mexicans in Olympian Joselito Velasquez, Omar Aguilar and Sulem Urbina, and the return of our 17 year old star Diego Pacheco along with Robert Garcia trained Alexis Espino who will also make his debut on the card.”

Rios vs. Soto is in association with Zanfer and Paco presents. 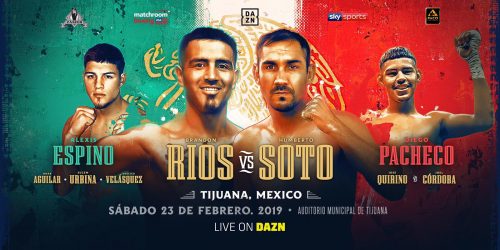 TICKETS ARE ON SALE NOW HERE