The “Infrascanner” at Boxing Events – A Positive Move Forward?? 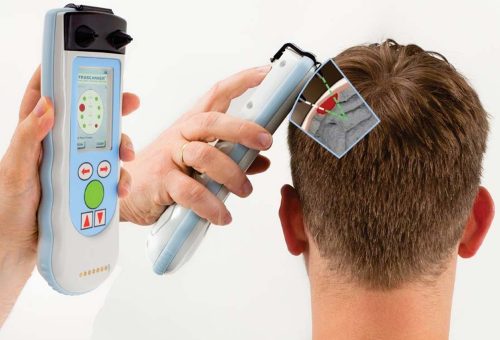 Traumatic brain injuries (TBI) can be caused by a blow to the head, or sudden motions of the head, as in semi-contact or full contact sport and can result in death (http://www.bbc.co.uk/news/uk-scotland-tayside-central-37552822).

The pathophysiology of TBI varies considerably depending on the location of the injury, within the brain and its severity (Graham et al., 2015).

Severe injuries may lead to intracranial bleeds, large destruction of the brain tissue, and at worst death (Pearn et al., 2016).

The diagnosis of TBI is mainly based on a neurological examination of the patient and additionally using imaging radiology techniques such as computed axial tomography (CAT) or magnetic resonance imaging (MRI).

However, neurological examination by GCS has limitations and MRI and CAT scans are enormous pieces of equipment and not portable. Also, one CAT scan is equivalent to the electromagnetic radiation of 400 chest X-Rays. This concentration can be particularly harmful, to the traumatised brain.

The “Infrascanner” can provide field-based diagnosis and assist in the decision to evacuate an injured athlete to a hospital for immediate investigation and medical or surgical management, if required.

The “Infrascanner” can accurately detect intracranial haematomas using the unique light-absorbing properties of haemoglobin which is located within blood and the non-invasive, non-ionizing nature of Near Infrared (NIR) technology.

Enormous advantages of the “Infrascanner” for speed of diagnosis are:

Such technologically advanced equipment, could become mandatory in all boxing events, within a very short period.

Failure to have the “Infrascanner” and personnel trained in its use may ultimately invalidate sporting licences and insurances and result in enormous medical negligence claims.

Already in boxing, deaths from intracranial haemorrhages may have been prevented, if the “Infrascanner” had been present and be used as a diagnostic tool (www.infrascanner.com).