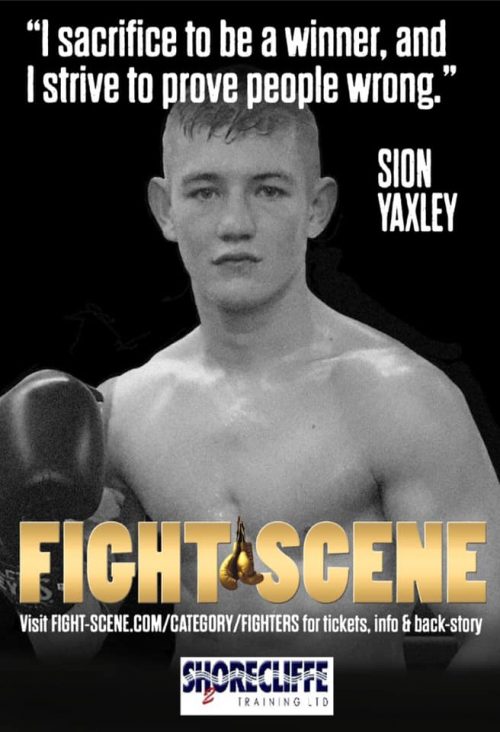 “I’ve got an all-round skillset and power in both hands, but I know I have to be on the top of my game to win so I always prepare accordingly. My amateur days have taught me the best boxing technique is always the jab, it sets-up everything on the inside like hooks to the body, which I really like throwing. I sacrifice to be a winner and strive to prove people wrong.”

Welsh born Sion Yaxley  hopes to follow in the footsteps of his native idol; Joe Calzaghe, as he embarks on a career in professional boxing after a turbulent amateur campaign.

The Super-Welterweight made his first walk to the ring as a licensed professional back in November 2018, outpointing his opponent (Kevin McCauley) in a convincing 40-36 unanimous verdict. His amateur career spanned over 45 fights, in which Yaxley captured a silver in the Tammer Cup, and won the Welsh Amateur Championships twice, coincidently at the same age and same weight as his storied idol Calzaghe.

Yaxley said: “I’ve watched Joe (Calzaghe) since I was a kid, I would stay up late and watch all of his fights. He is a true sporting hero of mine, and to win the Welsh Championships at the same weight and age as he did was a delight.”

Yaxley had his first experiences of the fight-game at aged 13, where he first walked into his amateur gym; Dyffryn ABC in Colwyn Bay, North Wales. Hoping to replicate the success of his inspiration, Yaxley quickly began competing in the amateur circuit, and realized his potential in the Welsh Championships. The prospect of representing Wales in the Commonwealth Games came tantalizingly close until Sion lost on points in a closely contested bout against Scotland’s Fraser Gorn in the 2016 GB semi-finals. Despite competing in the tournament with just 35 amateur fights to his name, Yaxley managed to contest with amateurs from across the UK with more than 100 plus bouts under their belt, and thus secured his reputation as a top Welsh prospect as a result.

“Looking back I was a little out my depth in that tournament, but I was so close to making the final and I managed to beat a German lad in the quarters who beat Pat McCormack. I was boxing lads who had 3 times the amount of experience I had at the time.”

Yaxley’s valiant dream of following the path of his idol still held up despite his amateur set-back, and was used as a gage to demonstrate his development in progressing so far in a tournament that was ultimately aimed for fighters with much more experience and ring-time. 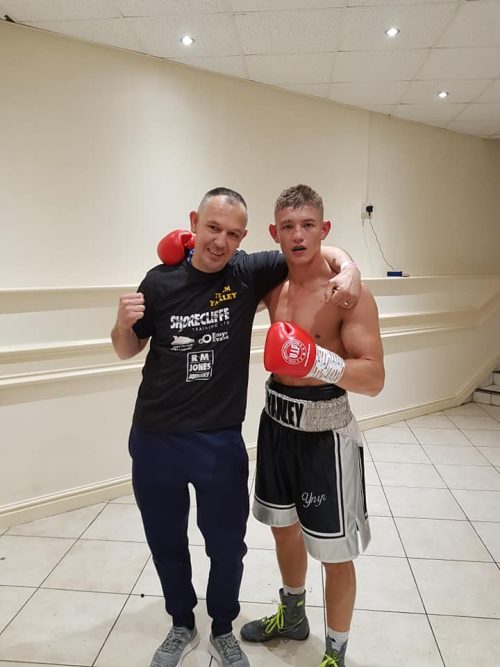 “Boxing has really helped me with my self-confidence and self-discipline. Winning means everything for me as well as my coaches, fans and sponsors. There truly is no better feeling than having your arm raised at the end of a contest.”

Much like other amateur champions, Yaxley’s pedigree comes equipped with a heightened understanding of points-scoring. Like many seasoned amateur fighters such as Vasyl Lomachenko and Guillermo Rigondeaux, who both have a combined amateur record of 871-13, Yaxley’s skill-set poses a very strong threat to the professional ranks, particularly those with little experience as a high-level amateur.

“I’ve got an all-round skillset and power in both hands, but I know I have to be on the top of my game to win so I always prepare accordingly. My amateur days have taught me the best boxing technique is always the jab, it sets-up everything on the inside like hooks to the body, which I really like throwing. I sacrifice to be a winner and strive to prove people wrong.”

Yaxley’s array of supporters from North Wales originally made the trip down to the South (Newport) for his initial pro-debut in October 2018 against Paul Cummings, but the bout was called off. Sion said: “I was gutted for my supporters who all travelled down to South Wales when my pro debut was called off. I really do appreciate all the support and I thank everyone who has been and will be a part of my journey.” Instead, Yaxley made his debut in November in Liverpool and outboxed his first professional opponent in a convincing first outing.

“He was very tough and knew a lot of tricks on the inside and moved his head very well, so I had to box him behind the jab and keep him under control”, but ultimately, Yaxley’s pedigree and technical quality proved too much for McCauely, who was beaten in every single round on each scorecard. 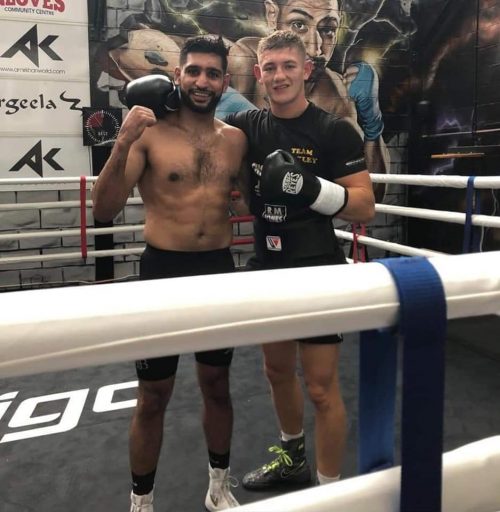 Yaxley since has been training with the likes of Amir Khan which provided invaluable experience in the build up to his next fight against Latvian Kristaps Zulgis. This proving an impressive, comfortable win, taking his record to 2-0.

After beating the durable Kevin McCauley in his first bow as a professional, Sion Yaxley (5-0) added another foe to his list of victims in another convincing display over Kristaps Zulgis back in July. Yaxley, or by his alias: “Yax” demonstrated an extensive toolset in his unanimous victory and showcased his ability to control fighters through intelligent ring-generalship.

“I thought that I boxed very well and had a controlled performance. I dictated the fight from the centre of the ring and put on an exciting fight.”

The 23-year-old Welshman, albeit very early on in his professional career appears to be developing into a serious British prospect and is still very eager to iron out any weaknesses that may have leaked during two convincing displays over capable opponents.

“There’s a lot of things I need to improve on moving forward as I’m still very new to the pro-game. Mainly, it’s about upping the tempo and going through the gears early on, I carry power in both hands and when I finally let them go I’m a very exciting fighter to watch.”

Under the watchful eye of his trainer Wesley Jones, the Colwyn Bay fighter looks to impress the masses in another step-up in his career. It’s something that the multiple amateur champion will be used to, fighting frequently against handy opposition, but its something which catalyzes development, in particular fighters as young as Yaxley.

I’m getting hard, world-class sparring in frequently at Dyffryn Boxing Club and competing with some top level fighters in preparation for my bout.”

Yaxley is keen to test his ability against the best in the Super-Welterweight division, much like his successes in major tournaments as an amateur.

Equipped with an extensive amateur pedigree, a broad skillset and the desire to develop every aspect of his game, the young prospect can only be heading toward greater opportunities and avenues in the sport which he first embarked on some 10 years ago. It may appear that Yaxley has little experience, but it’s taken him a decade of sacrifice to be in the position he is now, and if he can guarantee one thing it’ll be that he won’t take this opportunity lightly.

In his first 10 years of the sport, Yax has captured various amateur championships, successfully beaten two professional fighters, signed with various sponsors such as Club 147 and Atebol and developed a skill-set which is tested frequently against elite operators. It’s not for anyone to forecast what the next 10 years can possibly bring to the Welshman. One thing that can be guaranteed is excitement.

Over to you: Yax.