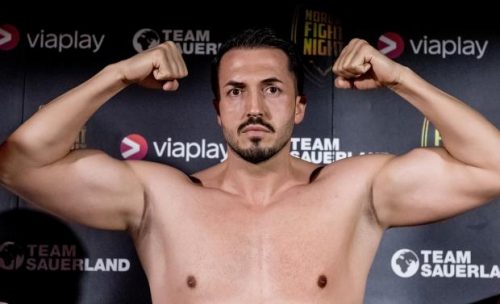 Rrustemi returns to the ring following a second-round knockout win over Juan Pedro Guglielmetti on March 3, and will look to extend his thirteen fight unbeaten streak against the former IBF and WBO Cruiserweight Champion.

“We’re delighted to have the full card confirmed for another fantastic show in Zagreb,” said promoter Nisse Sauerland, of Team Sauerland. “We will have six fights in total including our outstanding main event. Fans inside the KC Drazen Petrovic can look forward to an action-packed night of boxing!”


Said Zeljko Karajica, CEO of 7Sports, the sports unit of the ProSiebenSat.1 Group and Managing Director of the operating event agency MMP Event GmbH: “We’re back with another great event on December 8. I would urge everyone, who hasn’t already, to get their tickets now to witness this top boxing spectacle in Zagreb.”

Tickets start are available online www.eventim.hr. All the action will be broadcast live and exclusive on RTL in Croatia.