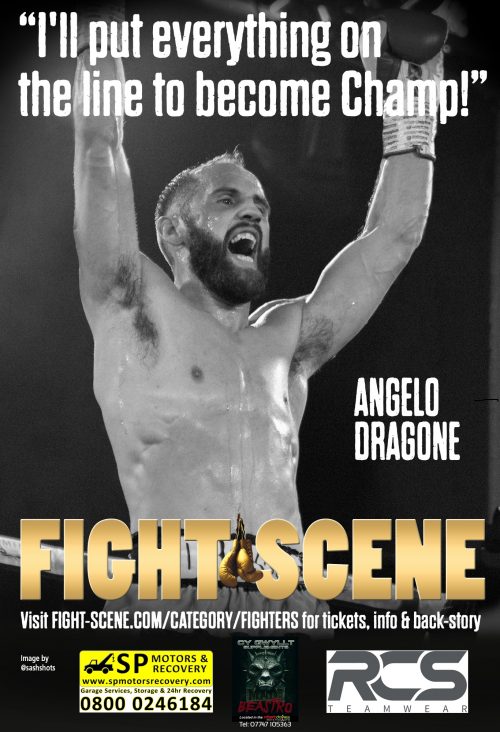 “Winning is everything for me. There is no room for second place in boxing. People only see you fight, they don’t see the sacrifices I make during my camps so there is no better feeling for me than getting my hand raised.”

The tale of the Italian Welsh boxer is hardly an uncommon one, with prior world champions such as Enzo Maccarinelli and the great Joe Calzaghe making a large indent on the sport. Angelo Dragone, ‘The Italian Stallion’, will look to follow in the footsteps of these great fighters and leave his own mark on the sport.

Dragone had always been a working man prior to his career in boxing, having worked as a milkman for family business Nigel’s Dairy. While his career has changed, the aims remain the same. Providing for his family and securing the future of his two children is still the main priority. Dragone’s progression through the pro ranks has meant that the milkman business has been put on hold in favour of pursuing a potentially fruitful boxing career.

After a relatively short amateur career of just 24 fights, Dragone turned over to the pro ranks in August 2018 at the age of 28 and has fought five times since, maintaining a 5-1-0 record.  Dragone has put in dominant performances and is showing himself to be a level above his current opposition. The first knockout is surely imminent!

“With all of my fights so far I’ve stepped up each time. I feel like I’m improving fight by fight and haven’t put a foot wrong yet. I’m happy with my progress and the improvements are showing in and out of the ring.” 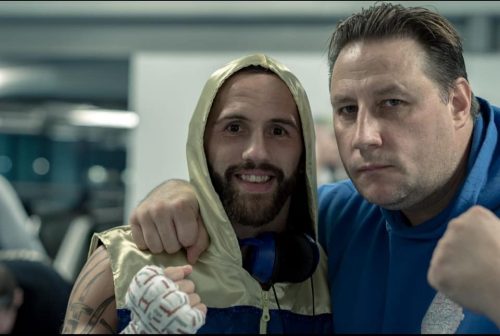 The Carmarthen based fighter now trains with head trainer and manager Richie Garner in Llanelli, and Swansea.  The Welshman operates on an intensive schedule, training in the gym four days a week from the early hours of the morning. Dragone is no stranger to the early morning start though, having been conditioned for this from his life as a milkman. No breaks are allowed on the weekends either which are filled with road running and sparring which has seen granted Dragone experience against many top Welsh prospects including Kieran Gething, Rhys Edwards, and even British and recently crowned Commonwealth champion Chris Jenkins.

Richie Garner: ‘It was a year ago this month that Angelo made his debut. Back then he was a very raw boxer with a heart filled with dreams of being a Welsh Champion.

For the past year, Angelo has worked tirelessly to realise his dream and push forward to achieve it.

He has improved immensely, and has such great energy and enthusiasm

We don’t take any opponents lightly, I am hoping Angelo will bring the intensity he can’t cope with.

We have been sparring Newport, Cardiff and even the prestigious Peacock Gym in London to make this happen. Gary Lockett has offered the most sparring and Rhys Edwards has been an invaluable asset for us in sparring.

Angelo is a popular fighter and we are training with the assistance of Jason who runs Jack To A King Boxing Club in Swansea, in addition to the Robert Davies Gym, Llanelli offering different facilities. We get the best of both worlds!

We have a great Team with lots of support. It’s a great bill. The ticket allocation has almost gone! If people want to see It, they will need to get in touch ASAP!’ 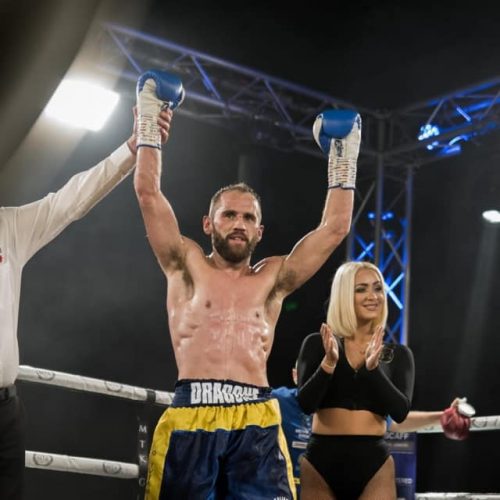 “Winning is everything for me, there is no room for second place in boxing. People only see you fight, they don’t see the sacrifices I make during my camps so there is no better feeling for me than getting my hand raised.”

Dragone has displayed a preference to fight on the front foot and with a tight guard and is known for his high punch output and quick combinations. The speed and variety of his combinations have become a hallmark of Dragone’s style, as well his likening for a lead uppercut.

As would be expected, Dragone is a big fan of fellow Welshman Joe Calzaghe and credits him for putting Welsh boxing on the map. Dragone is also a fan of Ricky Hatton due to his high octane and front foot style of boxing.

“Calzaghe put Wales on the world map for me. His high work rate, variety and skill was unreal. I love Ricky as well for his come forward aggressive style and body punching and that he’s just so down to earth.”

While maintaining a 5-1-0 record, Dragone is looking to put a signature win on his record.

“I take one fight at a time and don’t look that far ahead. I want to just keep winning and moving forward in boxing and life” 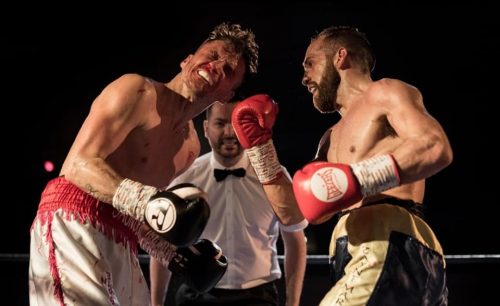 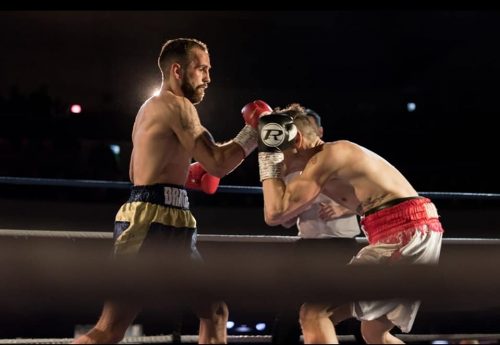 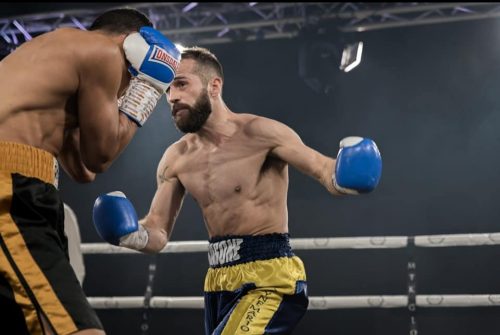 Angelo would like to thank his army of followers, fan and sponsors for their continued support: