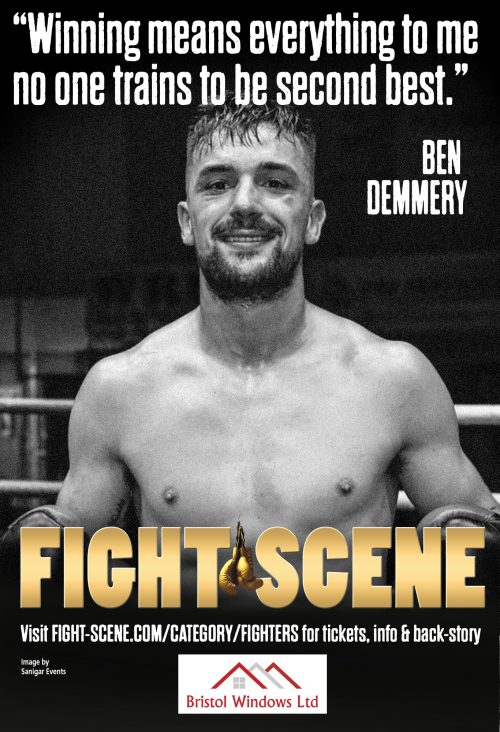 “For me, I think having 75 amateur bouts was a massive achievement. I never turned down a fight and used to fight anyone whether it be on a day’s notice or a few months. My most memorable boxing achievement was getting to my first senior final at the Celtic Box Cup where I only lost to the current commonwealth games silver medallist.”

“I love training and fighting with my brother, it’s like having another coach. We get on each other’s backs about bad habits and help each other when making weight. Being able to share my pro debut with my twin brother was a dream.”

The twin brother dynamic has become an unlikely commonality within boxing in recent years with the emergence of the Charlo brothers in America and the McDonnell’s in the UK. Ben Demmery believes that his relationship with his brother Jake will only help to push the pair on and will enable him to reach his goals later down the line.

Jake and Ben had both been keen athletes in their younger years, but it was boxing that really peaked their interests.

“I got involved with boxing at the age of 11 with my twin brother at a small boxing gym in my local area. After trying every other sport you can think of, boxing was the one I fell in love with. It helped in every aspect of my life giving me discipline and confidence.”

Demmery endured a successful amateur career over the span of 75 bouts, with his biggest success coming in the Celtic Box Cup in 2018. Demmery ousted Norwegian Kevin Gronlund in the quarter final match and then Jordan McIntosh in the semi-final match. The final proved to be a bridge too far as Commonwealth silver medallist Aiden Walsh claimed a unanimous decision victory, but had been pushed all the way by Demmery.

Regardless of falling just short against Walsh, Demmery had accrued enough experience against a multitude of opponents to take the decision to turn pro under the tutelage of trainer and manager Chris Sanigar.

“For me, I think having 75 amateur bouts was a massive achievement. I never turned down a fight and used to fight anyone whether it be on a day’s notice or a few months. My most memorable boxing achievement was getting to my first senior final at the Celtic Box Cup where I only lost to the current commonwealth games silver medallist.”

Ben made his pro debut alongside his brother Jake, with both claiming points victories to kick off their respective careers. Ben was able to carry over the success from his amateur career into his first outing in the pro ranks as he overcame a very awkward opponent in Paul Cummings.

Cummings provided a stern test as a 6ft2 Super Welterweight, just an inch shorter than heavyweight contender Oleksandr Usyk and the same height as Heavyweight champion Andy Ruiz, but Demmery overcame his rangy opponent over the four round contest and learned many a lesson about the pro ranks in the process.

“My debut went well; I fought a much taller awkward opponent who came to fight. The atmosphere from my fans was incredible though and I loved every minute of it! I learnt a lot from the fight as well. Smaller gloves, more rounds and no vest. All these things make a difference when taking the step into the paid ranks, but I felt I adjusted well.” 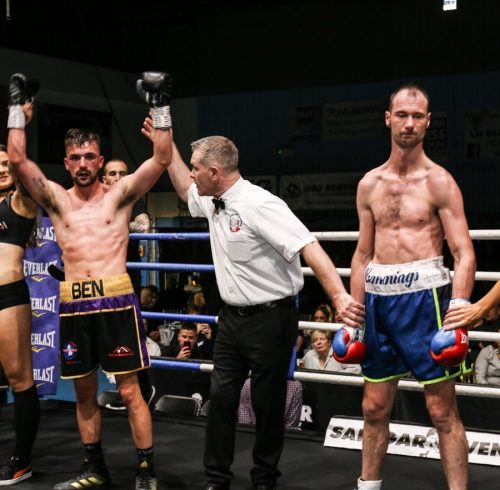 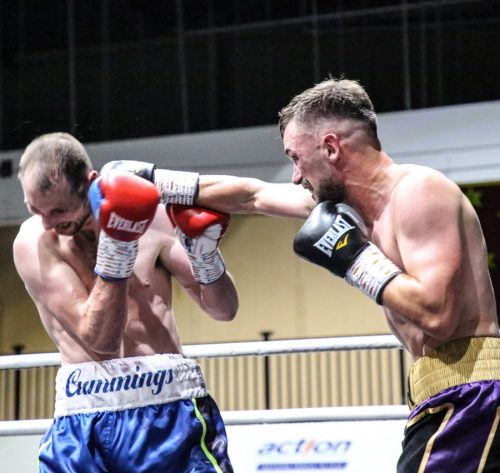 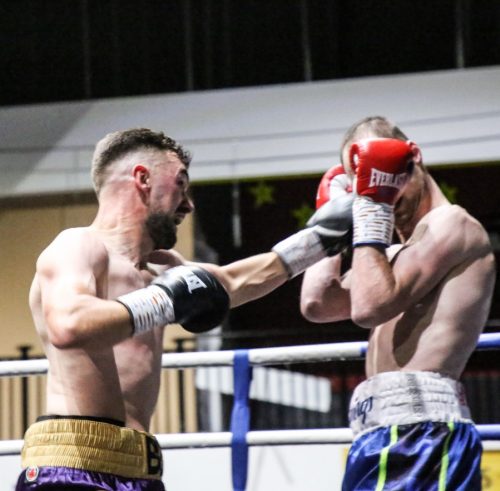 While he remains early in his pro career (current record of 2-0), and at a stage where many fighters would still have a somewhat undefined style, Demmery sees himself as a very technical boxer and prides himself on performing in a certain manor.

“I would say I’m a technical boxer and I can throw a wide variety of shots. For me, there’s nothing better than boxers who have the perfect basics, someone who can hit and not get hit.”

Considering Demmery’s preferred style of boxing, it’ll come as no surprise that the Super Welterweight sees Tyson Fury as one of his boxing idols, considering the excellent boxing and defensive skills of a fighter like Fury.

“Growing up I used to love watching the likes of Hatton and Pacquiao two absolute warriors. Now it has got to be Fury. For me, not only is he an unreal boxer, but he’s got to be the most entertaining bloke I’ve ever seen!”

With Demmery having now made his debut, progression through the ranks will be the key over the next 12 months, but Demmery also retains big hopes for the for his career as a whole.

“My plan for the next 12 months is to be at least 5-0 making my way up the ranks and rounds. As a massive Bristol City fan I would love to box at Ashton Gate if it was for a title that would be a dream come true.”

While the fledgling careers over Jake and Ben Demmery currently remain in their infancy, the pair will look to follow in the footsteps of the aforementioned successful twin brother pairings and will know that they’ve achieved immense success if they reach those heights.

Ben would like to thank his loyal fans, supports and sponsors for their continued support: Bristol Windows Ltd, Drillcut (UK) Ltd