The Special One declares eye socket op a success 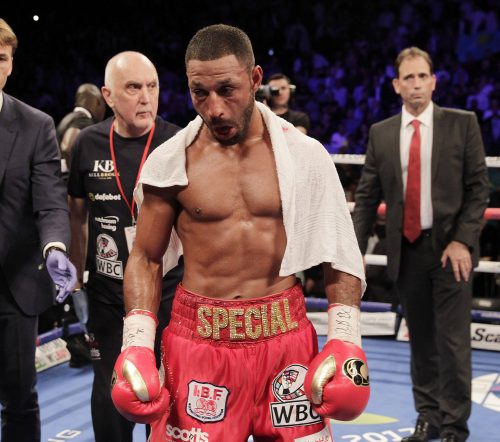 Kell Brook has vowed to return to the ring by the end of the year after a successful operation on his fractured right eye socket.

Brook sustained the injury in his clash with Errol Spence at Bramall Lane in Sheffield in May where he lost his IBF Welterweight crown to the American in front of a huge crowd at the home of Sheffield United FC.

The Special One was hampered by the eye in the closing stages of the high class contest which ended in an 11th round stoppage win for the unbeaten challenger.

Brook had surgery on the injury on Friday (June 16), which was a carbon copy of the left-eye socket fracture he suffered in his lash with Kazakh ace Gennady Golovkin, and the Sheffield ace is making fine progress in his recovery and has targeted a return to the ring this winter.

“I spoke to the surgeon and he said that the operation was a big success and simpler than the last one,” said Brook. “It took half the time of the first one and there’s very little swelling and it looks great. The last scan I had revealed that the healing has started really well and the bone already looks strong so I expect to make a full recovery and I want to fight again in 2017.

“I was bitterly disappointed by the loss at Bramall Lane. Losing my belt was gutting but I’m glad I accepted to fight Spence and help be part of an event that Sheffield will remember and be proud of.

“I still feel that I have a massive future in the sport. I will talk to my team in the coming weeks about what we can do next and I am looking to get back into camp this summer.”