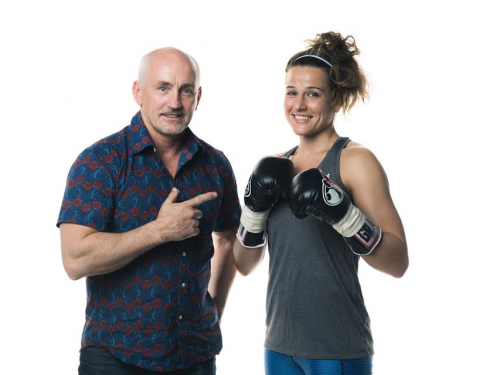 Cyclone Promotions are proud to announce the signing of the extremely talented and hard hitting lightweight boxer Chantelle Cameron.

After a tremendously successful amateur boxing career and world titles in Kick-Boxing and Muay Thai Boxing, Cameron turns professional with London-based Cyclone Promotions, with her sights firmly set on becoming a world champion in the professional ranks. 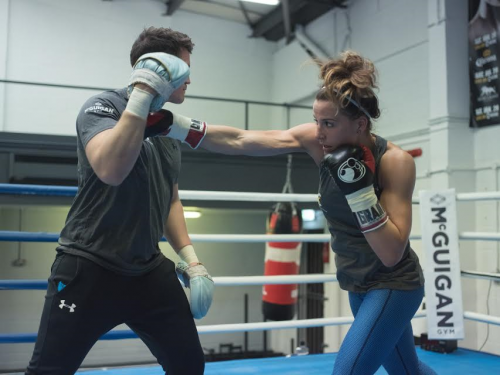 Chantelle will be trained at McGuigan Gym in Wandsworth, London by 2017 BWAA trainer of the year Shane McGuigan and managed by IBHOF member and former WBA world featherweight champion Barry McGuigan.

The lightweight division is full of talent on these shores with the likes of Katie Taylor of Ireland and Natasha Jonas of Liverpool, so there will no doubt be many intriguing fights for Chantelle as a professional. The first step on the ladder comes on Friday May 26 when the Northampton starlet debuts against Poland’s experienced Karina Kopinska at Motorpoint Arena Cardiff. Kopinska was also the opponent for Katie Taylor on her debut so it is clear the team around Chantelle would like to move her at speed. The big Cardiff show is headlined by Andrew Selby’s WBC world flyweight eliminator and Chantelle will make her debut live on SPIKE UK (Freeview Ch. 31, Sky Ch. 160, Virgin Media Ch. 154 and FreeSat Ch. 141) on the televised undercard.

Chantelle Cameron: “I want to establish myself in professional boxing as a genuine force, I want to earn my stripes. I have been training with Shane and his team for well over a month now and I feel like I am learning every day. The training is very intense but I am enjoying it so much and cannot wait for my debut next week in Cardiff. I am ready to go!”

Shane McGuigan: “Chantelle is a great new addition to the gym, she is a boxer with a lot of talent but she also has a good sense of humour and is fun to be around. It is the first time I have worked with a female boxer. It’s no different to be honest, Chantelle has to work equally as hard as the other fighters in the gym and I believe we can get the best out of her.”

Barry McGuigan: “We are all proud of our new signing Chantelle Cameron, our first female boxer on the team. Chantelle is a hard-working, determined person and this combined with her talent I’m sure will lead to success as a professional boxer. Working with Shane’s team at McGuigan Gym will bring Chantelle on a great deal and I can already see improvements. I am looking forward to May 26 where everyone can see what I feel is a future World Champion in Chantelle Cameron.” 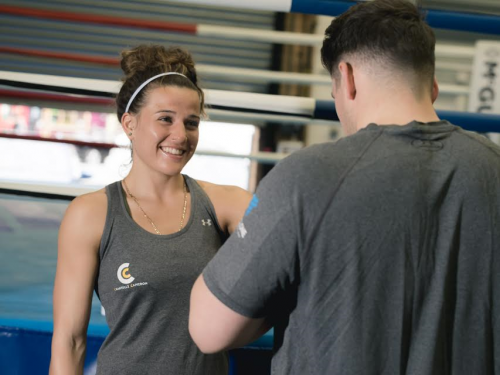 Youngest of 3 children. Has an older brother and sister.

Born in Northampton on May 14th 1991 Chantelle Cameron is the youngest of three siblings and started kick boxing at the tender age of ten. Chantelle quickly achieved success in the sport becoming British and 5 nations champion at just 16 in 2007 and the following year she won the gold medal at both the European and World Kick-Boxing Championships.

After winning gold at the 2009 Muay Thai Boxing Women’s World Championships in Florida Chantelle incorporated boxing training into her training camps. In 2010 following the defence of her British Kick-Boxing title Chantelle decided to move in to the sport of boxing.

After just 3 boxing bouts Chantelle entered the national ABA Championships at 64kg in 2010 and won the tournament at the first attempt. Her performances gathered immediate interest and she was selected to box for England following the conclusion of the tournament.

A silver medal at the 2010 EU Championships followed by a quarter final at the World Championships ensured Chantelle a place on the Great Britain podium squad in 2011.

Due to the limited weight divisions in women’s Olympic boxing Chantelle dropped down to 60kg in 2012 in an attempt to qualify for the London Games. A struggle to become quickly adjusted to the weight meant Chantelle lost out in qualification. In the following years Chantelle won a number of events including a 2015 Rio Test Event. This was still not enough to ensure her qualification for the Rio Olympics and Chantelle cut a frustrated figure once again as she watched from the sidelines as her competitors fought it out for medals.

After consultation with her family members and amateur coach Chantelle decided she wanted to turn professional. After a number of offers were considered Chantelle made the move to Cyclone Promotions and is now training out of McGuigan Gym in Wandsworth and will compete at lightweight.