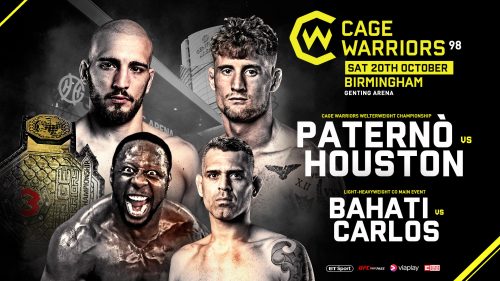 It’s fight week! With just days to go until Cage Warriors return to Birmingham with one of their strongest cards of the year, here’s the fights you should be looking out for and how to watch them around the world.

In the CW98 main event, welterweight champion Stefano Paternò puts his title on the line at against the undefeated Ross ‘The Hitman’ Houston. The Italian champion, now on a seven-fight win streak, captured the title with a first-round knockout of Mehrdad Janzemini at CW95 in London back in July. On that same event, Houston dominated with a rear-naked choke victory over Nathan Jones. This Saturday, the top welterweight in Europe will be decided. 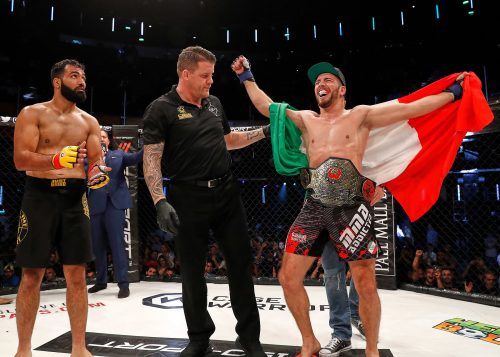 The co-main event sees Yannick Bahati, a local Birmingham name who has finished 7 of his past opponents by either KO or submission, come up against ‘The Brazilian Viking’ Alan Carlos. Also on the card is a four-man featherweight title tournament, which will see the winners of Aiden Lee vs Paull McBain and Dean Trueman vs Lewis Monarch face off at CW100 later in the year. (Read more on CW100) HERE

After helping to build thriving MMA scenes in Liverpool, London, Cardiff and across Europe, Cage Warriors President Graham Boylan now eyes Birmingham as a new hotspot for rising talent. This Saturday will be Cage Warriors’ first visit to Birmingham in 8 years.

“We’ve given fighters from all over Europe the chance to showcase their skills in their hometown,” says Boylan. “We’re excited to now give that opportunity in Birmingham, an exciting city for the promotion and for the sport.” 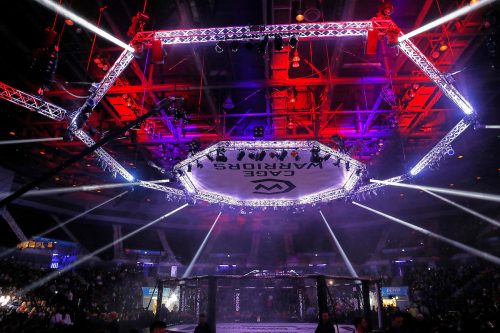 Limited tickets are still available HERE, but fans are advised to book early this week to avoid disappointment.
HOW TO WATCH

Main Card (from 9pm) will be broadcast live on BT Sport 2, UFC FightPass and a host of premium global partners including:

Pro Prelims (from 6.45pm UK time) will be LIVE and FREE worldwide on the Cage Warriors Facebook page.