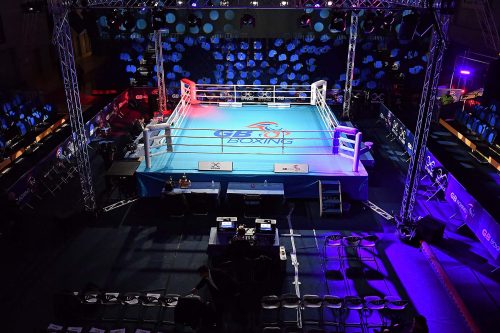 The twenty five year old lightweight from Birtley ABC defeated Kirsty Hills on a 3-2 split decision to defend her title and gain revenge for her loss to the Cleethorpes Trinity boxer in the semi-finals of this year’s England Boxing National Championships.

Robinson said: “I was less nervous tonight than I was when I boxed her in the National Finals.  Back then, it felt like all the pressure was on me but tonight I knew what I needed to do and had been working on it in the gym.  I just stuck to the tactics and it paid off.  It was a really great night, the crowd was excellent and I had a lot of family and friends here so it felt like I had a lot of support.”

Robinson was joined as two-time GB Boxing champion by super-heavyweight, Courtney Bennett from London, who overcame Gideon Antwi on a 3-0 split decision after an accidental clash of heads in round two meant the fight had to be stopped and go to the judges’ scorecards.

Robinson and Bennett were both boxing in the Great Britain vest on a night which saw boxers from the GB Boxing squad win five out of their seven bouts.

The only losses were a surprise defeat for Oldham’s Will Cawley at flyweight and narrow 3-2 defeat for Raven Chapman against Jade Pearce of England at featherweight.

Cawley had looked comfortable in the first round of his bout with Jake Dodd, but the referees’ decision to dock Dodd a point in the early part of round two seemed to inspire the Welshman who relentlessly pursued his opponent around the ring for the remainder of the contest to secure a 3-2 split decision win.

Two of the stand-out performances of the night came in the men’s middleweight and light-heavyweight bouts.  At middleweight, Ramtin Musah from Beartown ABC in Cheshire used his fast footwork and silky skills to outfox Jimmy Tyres and secure a unanimous 5-0 win. 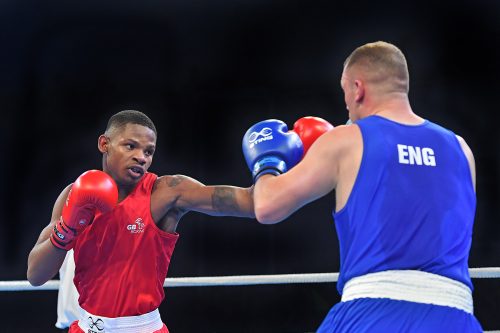 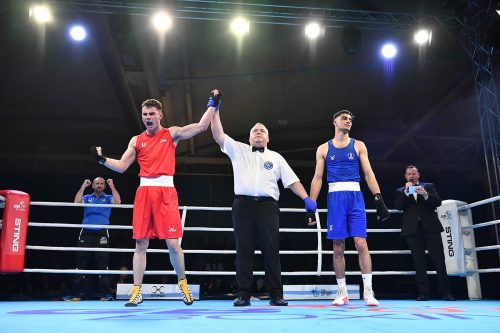 A barnstorming light-heavyweight bout, in which both boxers showed a willingness to stand and trade blows, saw Great Britain’s Connor Tudsbury get the better of Aaron Bowen with a 5-0 unanimous decision.

Tudsbury, who boxes for Moss Fire Station ABC in Manchester, joined the GB Boxing squad recently and has had less than 10 bouts as a senior, yet the 19-year-old felt he was already benefitting from training as part of the Podium Potential squad in Sheffield.

Tudsbury said: “I have been training Wednesday to Saturday with the GB Boxing squad for six weeks and can feel the improvement.  When I am at home there are a lot of distractions but when you are in camp with GB it is just boxing and training and you are much more focused.  It’s helped me a lot already and I think there is a lot more to come.”

The full results from the evening’s actions are: