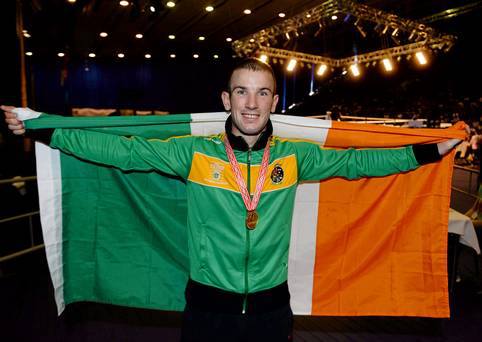 MO Prior & Priority Boxing are delighted to announce the next stage in their continued & increasing involvement in the career of Olympic Silver Medallist & 15 time All Ireland Champion, John Joe Nevin, (Mullingar, Ireland).

“It’s a pleasure to be working with one of boxing’s outstanding talents in John Joe Nevin & to be able to showcase a boxer of John Joe’s talent in the fight savvy, city of Cardiff, fittingly, topping a show that features a plethora of Welsh talent.

What a story & what pedigree John Joe Nevin has; 255 amateur contests, of which over 200 were internationals, only 15 losses & most of them by split decision.Olympic Silver, a double Olympian, twice World Bronze, all four losses, by split decision, to the eventual, tournament winners. John Joe also won both the European & European Union Championships  becoming, officially rated, World Number One, at his weight, before turning pro.

John Joe made his pro debut, in the USA, in Boston, live on USA TV, tipped, live in commentary, by Paulie Malignaggi, ‘he will definitely, win a World Title’. Only to go back to  Ireland & have both his legs broken, in an incident for which he still awaits criminal compensation.

John Joe was told he wouldn’t walk again let alone box. John boxed, for over a year, with 3.9lbs of metal in his legs, he wasn’t able to run or skip, so he trained, in therapy pools, in Philadelphia, under the auspices of Jeff Goldstein, tears running down John’s cheeks from the pain. Then John had to take the best part of a year off, back in Ireland, where he had the metal removed, before getting back into the therapy pools in Philly.

Now the suffering is over & his legs have never been stronger, plus he has the comfort of knowing the weight he’ll be campaigning at, super featherweight.

“What a pleasure it is to be promoting John Joe, he’s undefeated in 12 pro contests, John Joe  will go a long way, in the next 12 months, to achieving his goal of winning a world title.

Priority Boxing have an ongoing working relationship with John Joe’s management, where Priority Boxing will look to build a similar fan & support base, in the UK & Ireland, to match John Joe’s famed, Philadelphia, USA, following, enabling John Joe to pursue his career both sides of the Atlantic.”

“Working with Mo Prior & Topping a Fight Card in Wales is an honour, an honour I don’t take lightly, I look forward to entertaining my Celtic Cousins, the very knowledgeable, Cardiff, boxing connoisseurs, @ The Vale Sports Arena, on 20th September”

For info on the show & all the other boxers, Contact Mo Prior 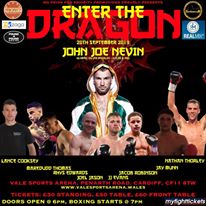 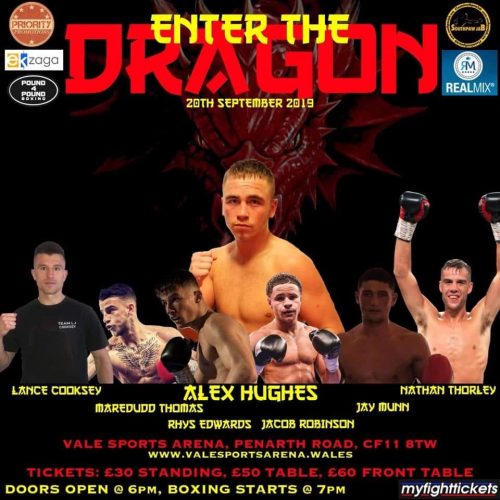 Read more on The rise of a Warrior HERE