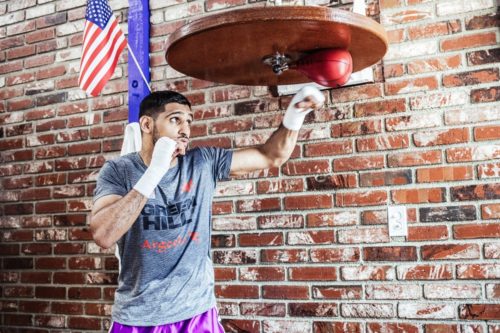 Amir Khan is promising to deliver another explosive performance when he takes on Samuel Vargas at Arena Birmingham on September 8, live on Sky Sports.

Khan is back in action following his blistering return to the ring in April in Liverpool where he destroyed Phil Lo Greco in just 39 seconds after nearly two year out of action. 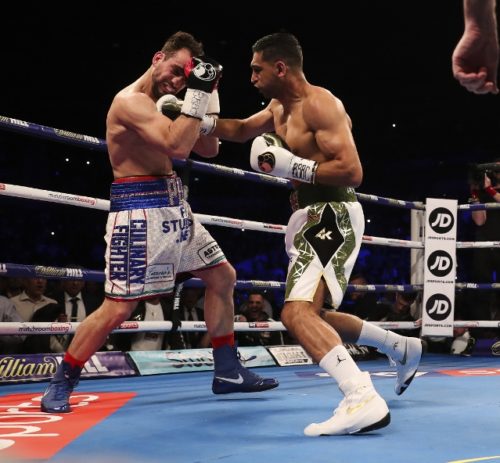 Speaking from his Los Angeles training camp, the former unified Super-Lightweight ruler insisted he will need to beat Canadian based Columbian Vargas in style if he is to secure a shot at Welterweight World honours later this year.

“Fans will see another explosive performance on September 8,” said Khan. “I didn’t get a chance to show everyone what I had been working on during my time out against Lo Greco. But you saw the punch power, accuracy, speed and timing and you’ll see it again against Vargas. I always make it exciting, it’s going to be another big bang.

“Vargas is another step and move in the right direction. This will take me on to the bigger and better fights and that’s with no disrespect to Sammy. He’s going to come to win, he knows by beating me it propels him on to a whole new level. It’s one of them fights I have to be very smart in. I need to win and also look good doing so. There’s big fights in the pipeline but I can’t afford to look that far ahead, Vargas has my full attention

“Vargas is a tough and well-schooled fighter but if he wants to fight on the inside I’ll be more than ready for it. He has shared the ring with some top Welterweights including Danny Garcia and Errol Spence Jr. We’re going to be prepared for whatever he brings. I’m a totally different fighter now to the old Amir Khan.”

Khan is approaching his second fight under vastly experienced trainer Joe Goossen and is confident that the extra time he has spent in the gym with Goossen will benefit him greatly come fight night on September 8.

“The bond is growing with Joe, we’ve had much more time to work on things in this camp. We’ve been improving what Joe sees as my strengths and also the mistakes I can make in a fight so we’re building to become the full package. Last time we just really set the game plan given the short notice we had together but for this one we’ve had the full camp behind us.

“Camp has been very hard. It’s so hot out here so making weight is not a problem. But training in this temperature is difficult. We spar 10-12 rounds with 30 second breaks with high intensity training around it so come fight night, I’ll be more than ready.”

Khan’s clash with Vargas tops a packed card in the second city, as Jason Welborn defends his British Middleweight title in a rematch with Tommy Langford, whom he snatched the title from in May via split decision in Walsall.