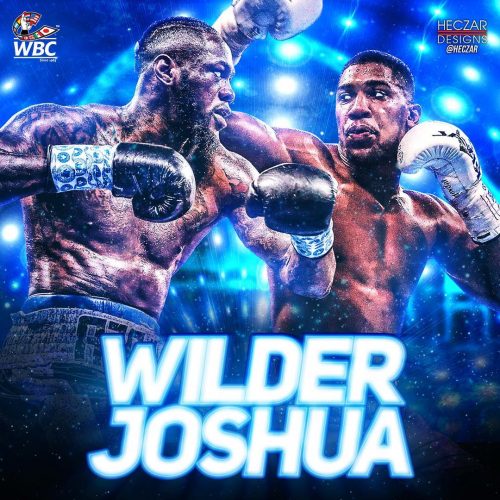 Representatives of the two camps are currently ensconced in talks, trying their utmost to reach a mega agreement that’s just and satisfactory for both undefeated champions.

“We hope that this fight will happen. The world has a great  interest to see these giants of Boxing fighting.  They’re  returned keen interest and focus  on the heavyweight division. Both  are unbeaten  and both are champions. They  should do it now, as the fans really want this to happen,” commented Mauricio Sulaimán, adding:

“Personally, I’d like to see the fight in the UK,  as fans will crowd the Arena. If it’s done in the United States, I’d like it to be in Dallas, New York or Los Angeles. Or maybe in a different country, like Muhammad Ali in Zaire and Manila.
Obviously I’m on the side of our champion, Wilder, and loyalty is a principle that can not be compared.  Anthony Joshua is a great boxer and he started at the WBC, but when the bell rings there are no favorites anymore!”