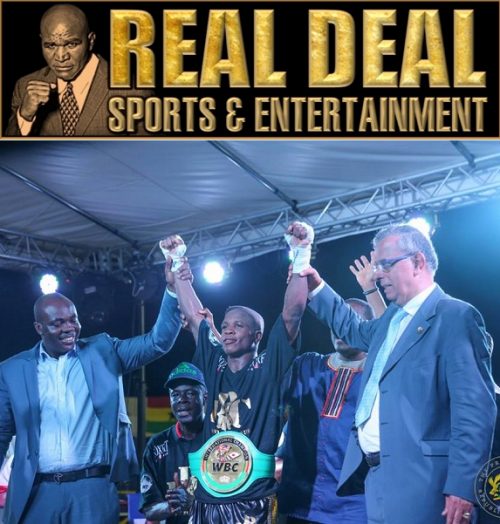 It was announced by their COO, Eric Bentley and Micah’s co-manager’s Michael Amoo-Bediako of Streetwise Management of Essex, England and Jacob Zwennes of Errol Hawk Sports Management of New Jersey in the United States.

25-year-old Micah is currently ranked #15 by the WBC. Fighting for the second time in London, England on November 12, 2016, the all-action Micah defeated Matthew Chanda over 12-rounds earning the vacant Commonwealth  Bantamweight Title.

Duke commented: “This is a dream come true for me and I am very happy to be in the United States where everybody wants to fight. I want to thank my managers Michael Amoo-Bediako and Jacob Zwennes for all the hard work they have done in getting me this deal and I want to thank Real Deal Sports and Entertainment for putting their trust in me and signing me. I can’t wait to get back in the ring.”

Details of Micah’s US debut under the Real Deal Promotions banner will be announced shortly.