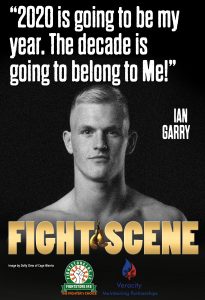 My only dream is to make it to UFC, that’s the level I want!

Ian “The Future” Garry ticked all the boxes in 2019. Starting the year with a clean professional record and leaving the year with a record of 3-0. 1 x TKO victory, 1 x submission, 1 x decision. However you want them beat, line them up and a 6ft 3 welterweight will happily do whatever is necessary to be victorious. 2020 looks to be even busier for the Dubliner as he looks to continue pushing towards a Cage Warriors title.

“The next 12 months are going to be hectic for me.” Says Garry. “I plan to have 4 fights. London, then Belfast 8 weeks later. A little break over summer, go again towards the end of summer, then get 2 more fights in during the last 4 months of the year.”

Very few fighters in MMA have fighting activity as lively as him. Former UFC Featherweight champion Max Holloway is known notoriously for his activity as a fighter, having 3 fights in 2019 just like Garry. The emphasis on Garry’s determination and eagerness to keep stepping inside the cage is epitomized by the fact he missed half of last year with a broken hand and still had one of the most promising 12 months out of any fighter in the division.

“Having 3 fights last year wasn’t as active as I wanted to be, I wanted AT LEAST 4. Last year we improved massively, but this year we want to improve so much more. I wanted around 5 fights last year, but I broke my hand and that set me back 26 weeks. I returned from injury and did an 8-week camp, but my opponent pulled out. Then I had 2 fights in 9 weeks, I always want to be active. I’m not the sort of fighter that can take a year out or have 6 months off.”

With every intention of continuing to gain momentum through his skillset and disciplined work-ethic, “The Future” is sniffing out a prosperous end to the year with the scent of gold piquing his interest.

“After 4 fights, 4-0, I’ll finish the year with a record of 7-0. If that doesn’t leave me in title contention then I don’t know what will. I can guarantee they are going to be the same winning performances. No one is going to stop me getting that belt and making it to the UFC.”

The vastness of ambition and skill gives every indication that Garry is made for the sports elite. Although in the early stages of his career, there’s no sign of stopping the Irishman in marauding his way through each and every fighter that stands between him and success.

“My only dream is to make it to the UFC, that’s the level I want. Whatever happens after will be a bonus. If I can make it to the UFC then happy days, as I fully believe that I can, but only the future will reveal that. Until then I want to do my best and enjoy every day, that’s exactly how I’ll become a world champion.”

With an impressive Question Mark kick to finish his second fight, the hype around Ian Garry continues to build as much momentum as his winning streak. Having been named as one of Irelands most promising prospects, the hype is something that adds more fuel to his motivation.

“It’s great to have that sort of thing said about you. It brings with it more hype, and more eyes that want to come and watch my fights. The more eyes on me, the more hype on me, the better. People think that the more my name is under the spotlight the more pressure there is.”

Calm, cool and collected as much in the cage as he is out of it. When asked about the pressure that comes with reputation, he acknowledges there’s nothing left down to the typical Irish luck, but more about continuing to do what he has been doing to get him this far.
“There’s no pressure on me, I’m doing the same things I’ve been doing every day. I’m hard working and willing to do everything it takes to win, so if I’m being mentioned as the next big thing then it’s brilliant. It helps promote me as a fighter, and it’s a testament to all the graft that has gone into getting me here. I’m happy about it, and I’m going to keep it going until I’m at the top.” 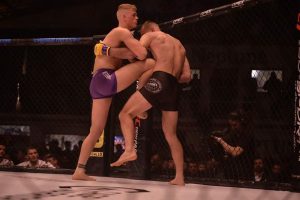 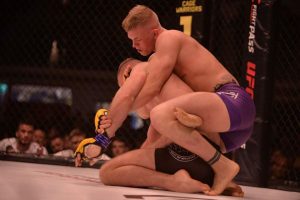 On his journey towards the top, he’s absolutely confident that the road to a long-lasting legacy is going to be a memorable one. Rallying his fans to continue the support he appreciates so much; this next chapter of the story is one they will love.

It’s all about positive vibes aboard the Irish locomotive. References to love for his family, his friends, his fans – people who don’t follow “The Future” will simply live to regret what he will have achieved in the past.

“People don’t have to watch my fights if they don’t want to. But what I will say is this, they’ll be kicking themselves if they don’t watch. In a few years they’ll see that they missed out on watching the start of something historic for one of the best fighters to walk this planet.”

Garry’s pursuit of making history in MMA would not have started without another Irishman’s influence who has achieved historic things of his own. Conor McGregor is a popular name that comes hand-in-hand when discussing MMA. Watching his countryman rip through the UFC, leaving high-caliber fighters as debris behind him, was something that made him contract the MMA bug.

“He is the reason I started this sport. I remember being back at school and everyone discussing the hype building up around his next fight. Watching him fight on the Saturday, then getting straight in to school Monday to talk about it. Seeing how exciting he was, it just drove me to want to do the same. The infectious chatter that surrounded him amongst Ireland was just so exciting. If he hadn’t of made the sport as big as he has made it in Ireland, I probably wouldn’t have got involved.”

However, he knows it will be no easy task to reach the dizzying heights of the UFC. To become the best, you’ve got to train like you’re always in second place. Second place is not something Garry enjoys at all, but he prides himself on working hard and seizing the opportunity to become the greatest. Having someone at home face what is in front of them and work hard to continue pushing forward seems to be a mantra that Garry has himself emulated. Working hard, pushing through the tough days and taking every experience with him along the way. A family man, with his dad as an inspiration in always battling through adversity and the show of resilience.

“My idol growing up was my dad. My dad has a life sickness and he’s always pushed through and come out of the other side on top. For what he goes through, I have nothing but love and respect. He’s still my idol to this day.”

It’s a fantastic contrast to find Garry is such an animal in the cage, yet such a grounded and intelligent man outside of it. With all the potential at his disposal to go on and be another Irishman who went to the UFC to take over, not just take part. He exuberates an aura of confidence in his own ability. With his commitment to the sport forever present at the same time.

Big things are coming, and it is no surprise to the man himself.

“My nickname is The Future. It means that I AM going to happen, and nothing is going to stop me.”

The future is inevitable. 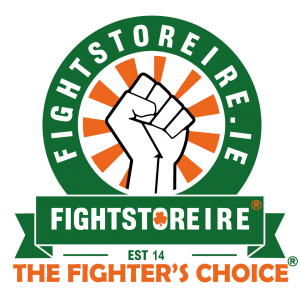 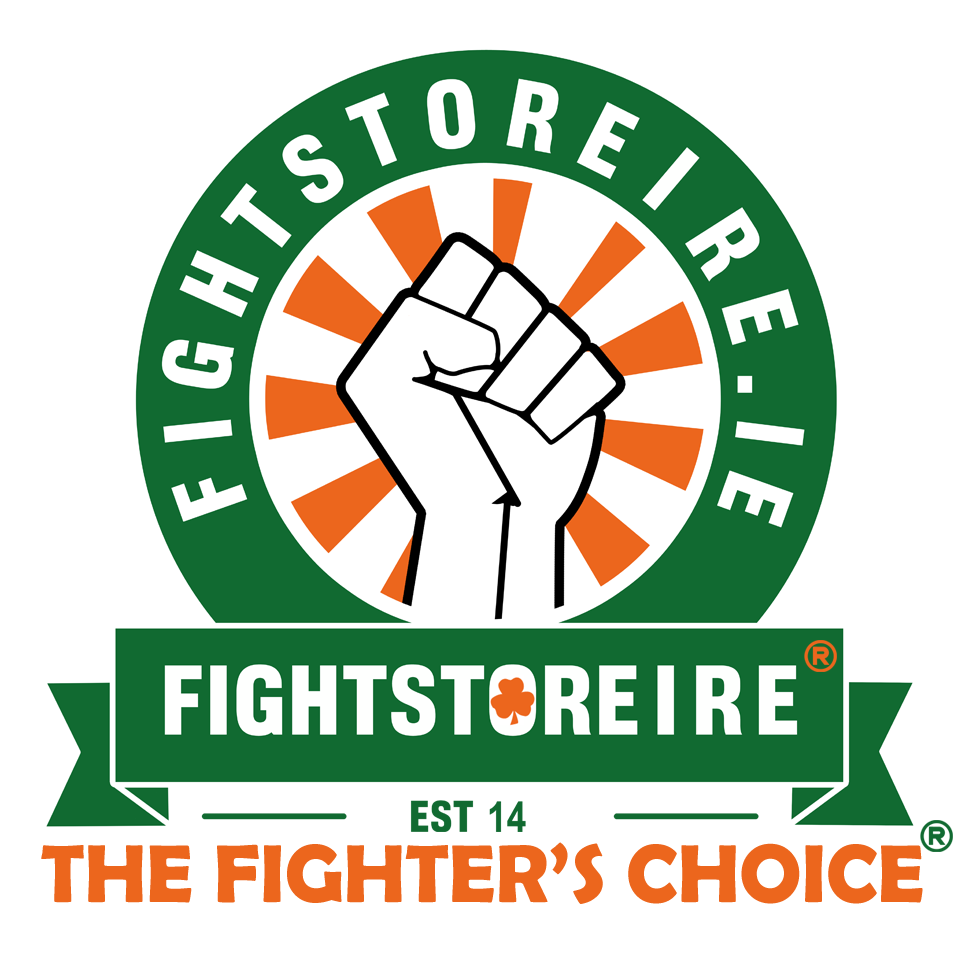