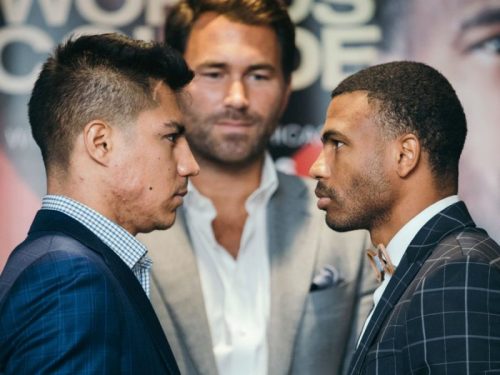 Jessie Vargas and Thomas Dulorme will clash for the WBC Silver Welterweight title at the Wintrust Arena in Chicago on October 6, live on DAZN.

Former two-weight World ruler Vargas (28-2 10KOs) is gunning for the chance to become a two-time champion at 147lbs and victory over Dulorme (24-3 16KOs) would move him into pole position to face newly crowned WBC champion Shawn Porter as the mandatory challenger, after Porter defeated Danny Garcia in Brooklyn earlier in the month.

Las Vegas star Vargas headlines Matchroom Boxing USA’s first show in the States on DAZN and will have his hands full with the Puerto Rican – but with the stakes now raised even more, Vargas believes he can deliver a ‘tremendous’ victory and kickstart an exciting period in the peak of his career.

“My focus has to be solely on Thomas Dulorme,” said WBC #3 ranked Vargas. “This man is no walk in the park, he fights with his heart and always gives it his all, but I have prepared properly and record a tremendous victory. It’s going to be a great show and I’m proud to be headlining it.

“This is the first step in the new phase of my career. As a fighter, it’s always best to have fights lined up and have a clear plan, have a promoter that shows you ‘you are going to fight three times in 12 months’ and when you get that certainty you know you have a couple of weeks off after a fight and then you are into another training camp to give the fans another great. I am stull young and I have plenty of years left in me at the very top level – I’m truly excited.

“Shawn Porter is my boy and he’s a great fighter, he’s got a lot of experience, great stamina and power. I will fight the top guys, all the champions, there are some huge fights to make out there at Welterweight. We’re all going to go at it and we’re going to see who ends up on top.”

“Jessie is the leading contender in the WBC rankings and I am very confident that victory on October 6 will lead him to the mandatory position for Shawn Porter,” said promoter Eddie Hearn. “That’s a great fight that we would be very interested in but first he must win the Mexico vs Puerto Rico battle in Chicago.”

Vargas and Dulorme clash on a huge night of action in Chicago, with two World title clashes and a huge fight for an American Heavyweight star.

Along with these World stars and promising youngsters, Chicago fight fans will be able to back two of their own on the night, with former World Lightweight title challenger Jessica McCaskill in action on the bill along with unbeaten Bantamweight prospect Shawn Simpson. 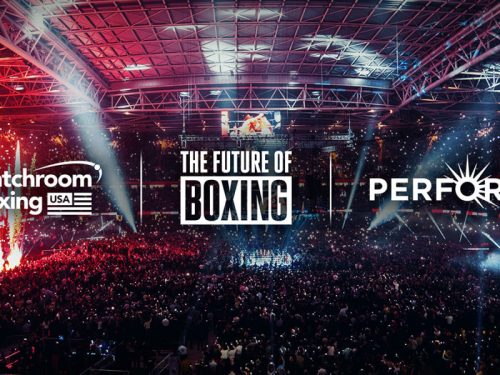 TORONTO, Sept. 25, 2018 – DAZN, the live and on-demand sports streaming platform, announced that it has signed an eight-year distribution deal with Matchroom Boxing USA, a world-leading boxing promoter, to exclusively deliver a series of fight nights along with original programming on DAZN Canada.

DAZN is the world’s first dedicated live sports streaming service and is leading the change to give sports fans around the world access to sport anytime, anywhere. DAZN remains the only place for Canadians to watch every single live NFL game, and is the exclusive home of RedZone. DAZN has also become the new home of UEFA Champions League, Europa League, Serie A and offers MLS Live, MLB Network, Six Nations Rugby, boxing, cricket and much more live and on-demand.