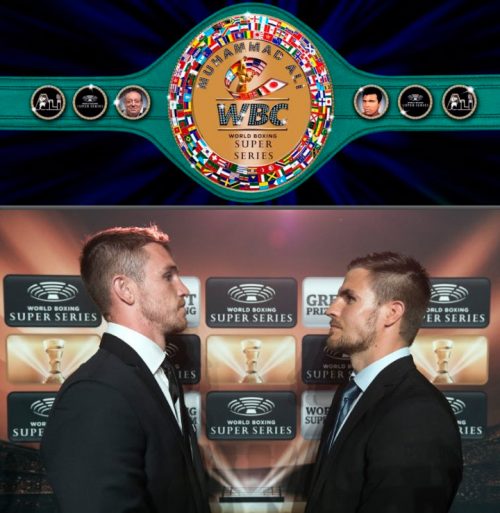 Smith, who is undefeated in his twenty-two professional contests, selected Skoglund as his quarter-final opponent during the live Draft Gala on July 8th at the Grimaldi Forum in Monaco, and as one of the four seeded super middleweights he will enjoy home advantage for his first tournament test.

Skoglund, who is unbeaten in his twenty-four paid fights and ranked with all major governing bodies at 175lbs before moving down in weight, is relishing the opportunity to go toe-to-toe with one of the division’s top talents, and believes the winner of this fight can go on to lift the coveted Muhammad Ali Trophy.

The WBC Diamond belt will also be on the line for the winner of this quarter-final bout giving both men an added incentive. ‘’I’m in this sport to win as many titles as possible, and it will be great to add the WBC Diamond belt to my collection,’’ said Smith. ‘’It’s going to be an honour to fight for the WBC Diamond title,’’ said Skoglund. ”It gives me even more motivation to win!’’