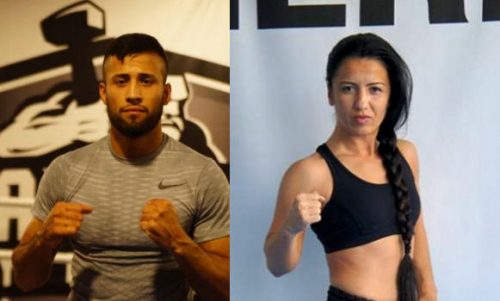 In a time where the arrival of summer no longer means that boxing goes on hiatus, fans of the sport will get a chance to witness some quality match-ups when two interesting World Boxing Federation (WBF) Championship fights headline a show in Essen, Germany on Saturday August 5.

Unbeaten Cruiserweight talent Shokran Parwani, a heavy-handed Southpaw born in Afghanistan but based and fighting out of Hamburg, will be facing his stiffest test to date when he takes on Frank Bluemle for the vacant WBF International title.

In the second WBF title fight on the card, reigning Womens Intercontinental Strawweight Champion Oezlem “BoxLady” Sahin makes her first title-defense against French Champion Sandy Coget. Both ladies are considered among the very best in their weight class in Europe, if not the world.

Sahin, who brings a lot of experience along with her 22-1-1 (7) record, must be considered a favourite to retain her crown, but Coget, 8-6-1 (0), having twice challenged for European titles and only lost after very good efforts, is by no means a clear underdog.

The two WBF title fights will be preceded by a full undercard, including a third championship bout for the German International Lightweight title.