BOXING AT ITS BEST

Friday night a new star was born. David Benavidez conquered the WBC super middleweight championship by split decision against Ronald Gavril in Las Vegas. Benavidez is the youngest to ever win a super middleweight title at the tender age of 20 and has a bright future in the ring.

Saturday night was magical. The StubHub Center in Carson, California, home of some classics in the history of boxing, hosted yet another historic event named “Superfly,” featuring four fights in that division. Brian Viloria is back on track on his road to fight for a world championship after winning by impressive KO, Naoya Inoue defended his WBO title with a TKO victory after a dominating and masterful performance, and the other two bouts are some of the best of the year and best ever in the lower divisions.

Juan “Gallo” Estrada defeated Carlos “Principe” Cuadras by a razor-thin decision. The fight was of the highest level of class, with these two Mexican warriors fighting with pride in search of the mandatory spot of the division. While Cuadras clearly out-boxed Estrada, Estrada landed the harder punches and sent Cuadras to the canvas in the ninth round. The fight was decided in the last round, with Estrada getting the judges’ vote and winning 114-113 on all cards.  Iconic ring announcer Michael Buffer pulled a Steve Harvey and announced Carlos “Principe” Estrada as the winner. Fortunately, it took only seconds to correct and Estrada was declared the winner. A very close, highly competitive and entertaining fight.

The main event was explosive. Thousands of fans came out to cheer the national hero from Nicaragua in the highly anticipated rematch against reigning WBC champion Srisaket Sor Rungvisai from Thailand. Their first fight had great action and ended the undefeated record of Roman “Chocolatito” Gonzalez by majority decision.

But this time it was different. Srisaket came out extremely confident and brought the fight to Gonzalez from the opening bell, dropping him in the fourth round and knocking him out in a dramatic fashion a few seconds later. It was dramatic – to see such a powerful, iconic champion knocked out is always impressive. 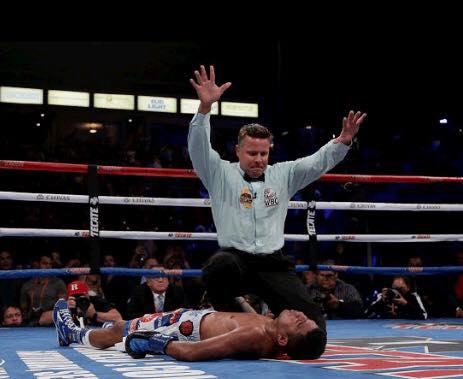 Thailand has a new hero and the future is bright for this division, as many great fights can be put together by combining the fighters who fought in the Superfly extravaganza.

Now it is time for the fight the world has been waiting to see for quite some time. WBC, WBA and IBF middleweight champion Gennady “GGG” Golovkin versus former two-division WBC Champion Canelo Alvarez. 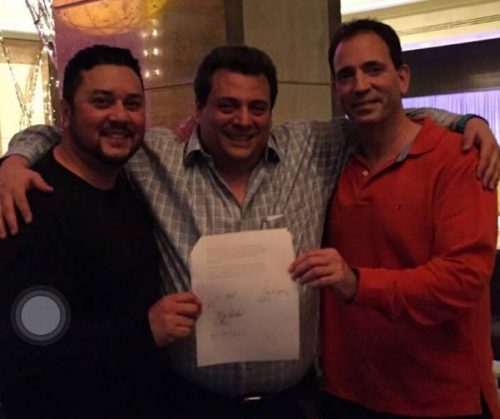 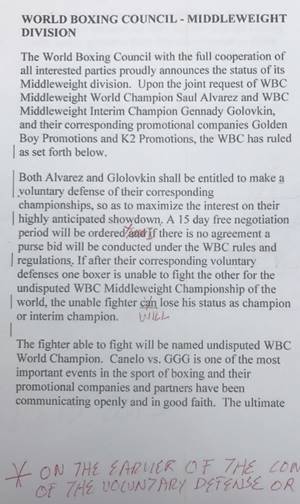 This fight was mandated by the WBC in May of last year. It was supposed to have been mandated in May, 2015. However, GGG and K2 Promotions were in agreement to allow then-champion Miguel Cotto to fight Alvarez and when the fight was delayed, and when Canelo beat Cotto, GGG again graciously accepted to allow Canelo a voluntary defense in which he knocked out welterweight Amir Khan.

Five months before Canelo versus Khan, the agreement signed by Golden Boy Promotions and K2 was publicly released by the WBC and it clearly stated that a purse offer would be conducted 15 days after the Canelo versus Khan fight, due to the fact that GBP and K2 were in continuous negotiations since December, 2015, to sign Canelo versus GGG. At no time was there any pressure from the WBC on Canelo. It was agreed by both parties.

Canelo decided to vacate the WBC world championship, and as it was stated in the same signed agreement, GGG was recognized as WBC undisputed middleweight champion.

I am certain that Canelo must not have the facts clear, as he has since dedicated himself to express bitterness towards the WBC for unknown reasons. He has forgotten of the so many instances in which the WBC was fundamental in his growth as a boxer and as a person. My father, Jose Sulaiman, took Canelo as a rising prospect and guided him through a process to make him a huge star, going from the WBC Youth championship to the NABF championship and the Silver championship.

At that time, boxing had a hero – Manny Pacquiao – and when Jose Sulaiman was asked who could beat Manny, he categorically responded “Canelo.”

In the interest of Canelo’s future and well-being, my father strongly opposed Canelo fighting Floyd Mayweather Jr., claiming Canelo had a bright future and Floyd was too superior at that time. The result of the fight spoke for itself.

Canelo has always had the WBC doors open and all he has received is friendship, support and opportunities, still to this day. I am disappointed that after several attempts to have a face-to-face conversation Canelo has refused to meet with me.

I am personally extremely proud of Gennady Golovkin, who patiently waited for his time to step up to the biggest fight of his career with honour and pride and absolute respect to the sport, the fans, and his commitment to the WBC and the green belt he represents.

GGG versus Canelo is a great fight. The world is anxious to see it, and boxing will be at its best on Saturday, September 16th at the T-Mobile Arena in Las Vegas. 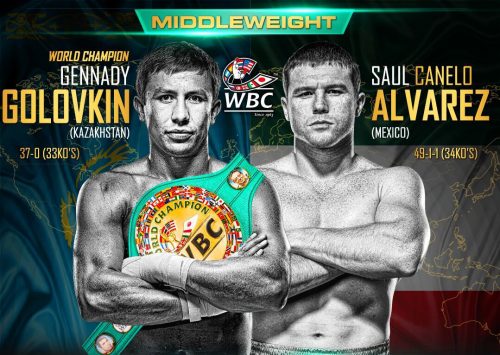