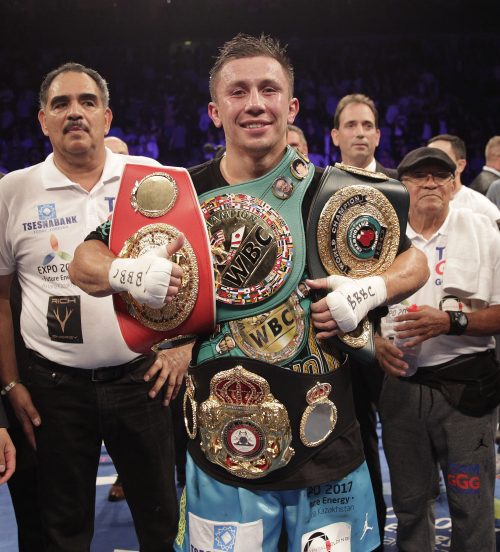 Power, grace and with boxing excellence embodying the amazing “Mexican Aztec style, WBC middleweight champion Gennady Golovkin, will put all of this plus his heart and soul into action on September 16 at the T-Mobile Arena in Las Vegas, Nevada, against flame haired fireball Saul “El Canelo” Alvarez!
The Kazakh Warrior, who has an unblemished, unbeaten record,  since his debut on May 6 2006, has established himself as one of the VERY best boxers of today.
Harking back to the old days and eternal eras, when fighters  wanted to prove they were the best of the division and to leave a legacy In the history of our sport, and adding to the legendary careers of : Muhammad Ali, Mike Tyson, Lennox Lewis, Sugar Ray Leonard, Roberto Duran, Julio Cesar Chavez, Larry Holmes, Vitali Klitschko, Marvin Hagler, Tommy Hearns, Oscar De la Hoya and Floyd Mayweather, to mention a few.
All of them represented their own national flags with great pride, power and glory. Shining stars who are imprinted on the emblematic belt of the World Boxing Council.
As a fitting, inspiring and uplifting way of recognizing the beautiful country where  Gennady was born,  and of which he is so proud to represent, the WBC includes the flag of Kazakhstan lauding a truly magnificent fighter. 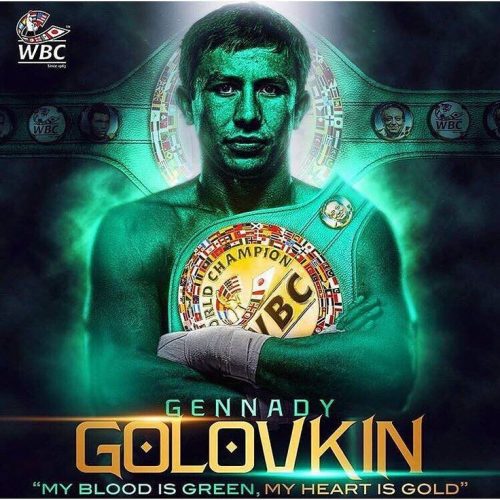