Golovkin v Canelo 2 is back on the cards for September 15th, after Oscar De La Hoya threw a “hail mary” into the equation… and it paid off.

Read all about the drama of the build up, in last week’s Fight Scene article, below … 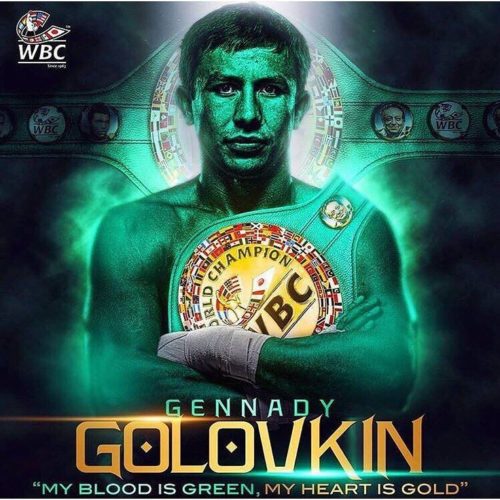 Kazakh middleweight star Gennady Golovkin was stripped of his IBF  strap yesterday after failing to accept a mandatory challenge from Ukrainian Sergiy Derevyanchenko inside the allotted time frame.

As a result of GGG’s demands, De La Hoya pulled out of a deal with him and instead reached out to Eddie Hearn, the newly appointed promoter of American Daniel Jacobs,  to start negotiations for Alvarez v Jacobs.

But all is not lost for fans of the Ring Magazine’s pound-for-pound number one – Frank Warren has just announced that he’s now in talks to set up Britain’s Billy Joe Saunders with a career-defining fight against the WBA & WBC champ.

Saunders, who owns the WBO version of the belts, has recently pulled out of a British battle against Martin Murray due to a hand injury – and is now looking to Golovkin as the ultimate silver lining against that dark cloud.

Both are undefeated and both are known to go to war. This could be special.

And if this writer is reading De La Hoya (himself an ex-superstar of Mexican & American boxing, now a genius promoter) correctly, then expect GGG v Canelo to be back on the table for next May in what will be a PPV sell-out…

* GGG was demanding a 50/50 split instead of the pre-arranged 65/35 split in Canelo’s favour – a deal many fans think GGG deserved since they believe he won their first fight (a controversial draw), since he is the belt-holder and since the rematch was initially cancelled when Canelo Alvarez tested positive for steroids.