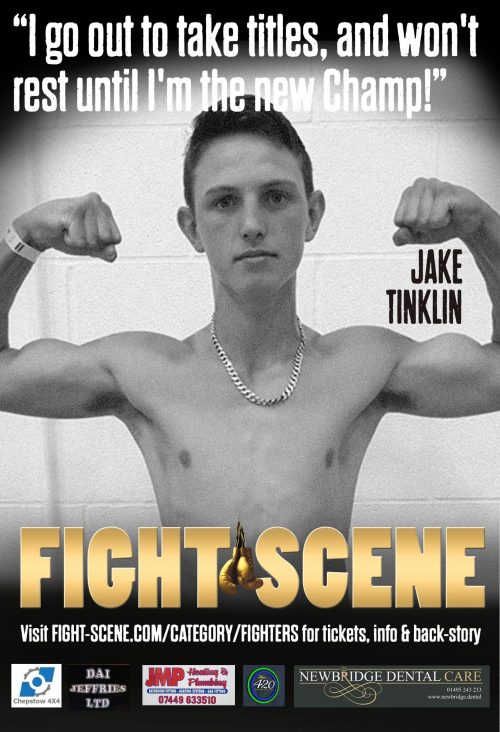 Boxing has really helped with my confidence and has brought me out of my shell much more as an individual”.

They often say, “don’t meet your heroes”. Often people are disappointed, they are left wondering why they are so different to what they envisioned, why they didn’t fulfil their expectations and how they became ordinary once the initial excitement passed.

Much like many other fighters who grew up idolizing the sport’s most famed athletes, from the mainstream to the niche, from the Muhammad Alis and Mike Tysons to the Emanuel Augustus’ and Dave Allens, Jake Tinklin (6-0) grew up hoping he would one day be as good, if not better than his native idol: Gavin Rees (38-4-1).

The professional fighter from Risca (Tinklin) came from a boxing family who were accomplices of the former Welsh world champion (Rees) and ever since Tinklin was a youngster he had wanted to follow tradition.

“I first got involved in boxing through my father’s friend: Jamie Weetch. At the time he was a well-known amateur from Cwmcarn ABC and has now moved to Australia and competes as a pro. Me and my other five siblings got introduced to the head coach: Gary Butcher and we’ve never looked back since! Boxing has really helped with my confidence and has brought me out of my shell much more as an individual”.

After getting his first taste for the sport in the Welsh amateur circuit, Tinklin quickly began to develop and attract the attention of domestic coaches looking for a prospect to start working with. It wouldn’t be long before the young and ambitious Tinklin would yield the attention of his idol, and now trainer. 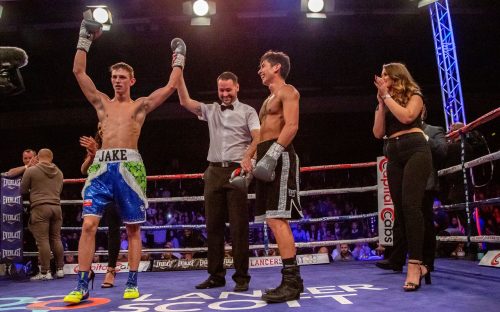 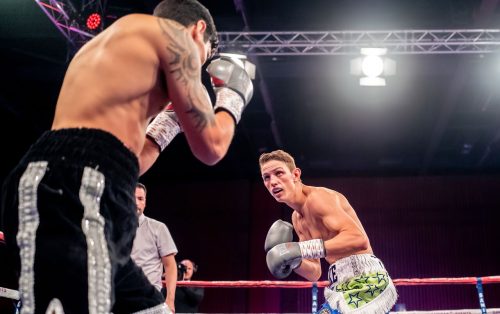 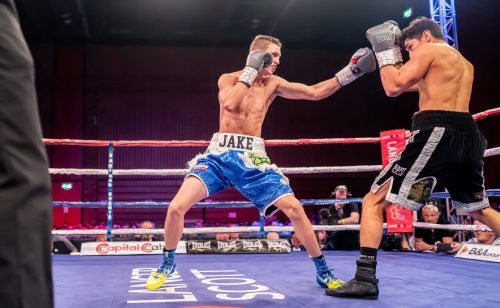 Gavin Rees: “I’ve known Jake’s family all of my life and that’s how I first came to meet him. I’ve been working with him for four years now, we’ve been very unlucky not to get Welsh titles in the amateurs and Jake (Tinkin) has boxed a load of brilliant lads. I think the pro system suits his game to a tee, he might be used to the fast 3-round pace of the amateurs but once he settles into the 6-8 rounds he’ll really do well”.

The 22-year-old welterweight had the early ambition to be recognized as one of Wales’ most prestigious fighters, he wanted to be held in the same stead as the Calzaghes, Wildes, Selbys and most importantly his chosen favourite: Rees. At the age of 18 and still competing as a top-level amateur, Tinklin would bare arms with the very man who brought him to the squared circle.

“My dad used to take me to watch him (Rees) fight all the time and is still my boxing idol today and even better he’s now my trainer. Dreams do come true!”

“I have to thank Gavin (Rees) for being such a great friend and mentor to me. He puts so much
time and effort into me and I’m really thankful for him. His training is so hard and he doesn’t let
you stop, but that’s what you need in this sport”.

By the age of 18, Tinklin had already achieved one of his most important goals in the sport. Since they formed an allegiance in the amateurs, Tinklin and Rees have been working together ever since and appear to have one of those unique coach/fighter relationships that many of the sport’s greats have shared. They often say that boxing is not just an individual sport, it’s who you have in your corner, and for Tinklin his corner is among the best available in the country.

It has been seen many times in the sporting world before, an athlete will achieve their lifelong goals too early and peak at a young age, leading to a disastrous fall from grace when motivation slowly diminishes and the drive behind their beginnings begin to fade, much like Connor McGregor’s rise and fall from superstardom. Tinklin is not in any danger of falling into that bracket however, as the Welsh prospect is still yet to fulfil his childhood dream of becoming one of Wales’ most famed prizefighters. Tinklin has found motivation in multiple avenues of life along his road to today, and his drive for success only grows every day.

Now 5 fights into his professional career, Tinklin has a new source of motivation to add to his list of ambitions.

“I’ve always been self-motivated as I love the sport so much, but now I want it even more to provide for my son and so he has something to look back on. I want to provide a big future for him when he’s older and that’s why I’m heading to the top”.

The father to be speaks of a bold future in the sport, but his confidence seems justified with a deep knowledge and understanding of boxing acquired over a high-level amateur career and frequent sparring contested against the best fighters in the UK. 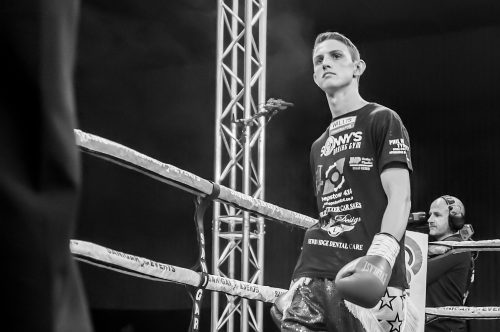 “The best part of my ability as a boxer would be my jab, I can work behind it and create openings wherever the fight may lead. I always put 110% into every single fight and the same goes for my training camps. There’s blood and sweat everyday”.

Looking toward his future goal of becoming Wales’ next great, Tinklin remains optimistic yet calculated.

“I’m not going to stop until I get those titles. In five-years-time I want to be somewhere where my son can look up to, I want to be in huge televised fights so I can really show the world what I can do and make something for my little boy.”

Tinklin has the privilege to work with his boxing idol in the quest for superstardom and domestic glory, whereby the pairing will be keen to pursue titles in the foreseeable future. It might seem a monumental task to achieve similar feats to Calzaghe and Rees, but Tinklin’s intentions remain set in stone.

“Losing is not an option for me. I will get those titles”.

Read more on The 420 Headshop and Lounge HERE